Death of Susan May: A tribute from an Innocence Project

Death of Susan May: A tribute from an Innocence Project 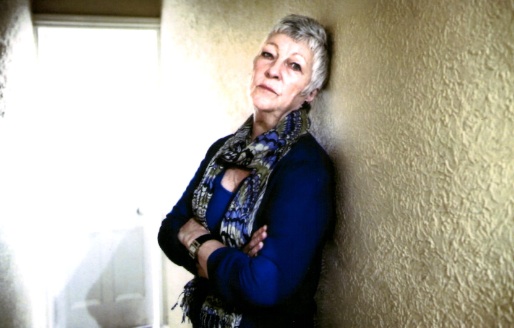 Diary of a UK Innocence Project 4: A Death in the Family

Why do we sometimes cry when we hear of the death of someone we don’t know? 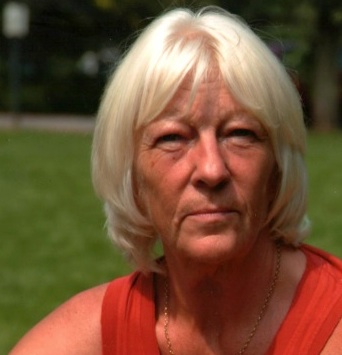 I cried when Princess Diana died. I don’t really know why because all we had in common was our age and that we were mothers of two children. Yet I felt overwhelming sadness.

I cried again today when I heard that Susan May had died.

I had met Susan but I didn’t ‘know’ her.  I knew about her case, of course. Others with more detailed knowledge of her conviction may soon remind the world of its iniquity.

But for now, offering my early raw thoughts seems appropriate. Sad events like this have a deep impact upon the miscarriage of justice world in which our innocence project operates. Our counterparts at Sheffield University have been working on Susan’s case, so we can only imagine how they are feeling, as well as Susan’s many friends and supporters.

Susan May was convicted in 1993 of the murder of her 89-year-old aunt, Hilda Marchbank but she has always maintained her innocence.

In 1999, the Criminal Cases Review Commission (CCRC) referred her case to the Court of Appeal but it was dismissed in 2001.

In 2005, Susan was released from prison after serving her 12 year tariff, apparently making her the first prisoner to be released ‘on time’ while still denying the offence. She continued her fight until her death this week, and the case is with the CCRC for a fourth time.

Susan’s case attracted widespread support, including from ‘The Parliamentary Friends of Susan May‘. Although not up-to-date, the website announces that, ‘The following Members of Parliament wish to express their concern at the safety of the conviction of Susan May’. It proceeds to list the names of 72 MPs and 25 members of the House of Lords.

I wonder what risk assessments the House of Commons, among others, carried out before having this convicted murderer of a defenceless old lady on their premises. Come to think of it, what were ‘the authorities’ thinking when they released Susan into the community after serving just her tariff term?

This is a rare occurrence when someone maintains their innocence, because the system requires them to recognise and confront their offending before being rehabilitated, to remove their risk to the public upon release.

It is a perverse reality in an understandably risk-averse system that requires someone innocent to either accept their guilt or face the possibility of never being released. This is an impossible dilemma for the genuinely innocent.

The official line is that maintaining innocence does not hamper progression through the prison system. But tell that to the Ray Gilberts of the world, or to Progressing Prisoners Maintaining Innocence, the organisation that Bruce Kent is involved with. I think they’d disagree with the official line.

In 2012 the Guardian reported serious concerns with the police investigation, including a failure to follow up evidence pointing to a man considered to be a ‘good suspect’, with convictions for burgling the homes of elderly people. A neighbour of the victim had seen a red Ford Fiesta, unoccupied but with the engine running, outside the victim’s house at midnight on the night she was killed.

The Guardian also tracked down a witness who claimed the police persuaded him to lie, apparently to eliminate other leads from the inquiry and concentrate on building a case against Susan.

The former deputy head of Hampshire CID, Des Thomas, who has worked on several of our innocence project cases at Cardiff, has also worked on Susan May’s case. He concluded that ‘a number of police witnesses may have adjusted their evidence to fit a desired rather than valid outcome’. The word Hillsborough pops into my mind as I write this. More recently, earlier this year it was reported in the Guardian that new forensic fingerprint evidence may help to clear Susan.

Why did I cry today? Partly, I suppose, because Susan and I were both involuntary members of the exclusive Breast Cancer Club.

Having had surgery and treatment last year, the C word is still very raw for me, but I consider myself fortunate.

How on earth did she cope with the horror of the diagnosis and treatment on top of the monumental stress that pervades the lives of victims of miscarriages of justice?

Thankfully, that’s something that I have experienced only vicariously through our innocence project work. But mostly, I think, I cried out of frustration that Sue died without her conviction being overturned, and frustration with a criminal appeals system that fails to admit the extent of its problems.

When the innocence project movement in the UK started some eight years ago, there was a tacit if not overt understanding that we would not be campaigners, because that went beyond our educational remit.  However, we have reluctantly and sometimes unwittingly become campaigners with a small “c” to air the frustrations associated with our work.

Frankly, without campaigning (whatever that may mean) for changes to the criminal justice system, our innocence project work will be inconsequential. It’s hard to resist the conclusion that if Susan May’s case hasn’t yet been overturned, with its lack of evidence and massive public support, then what chance do ‘ordinary’ cases have?

Susan May’s cases is still ongoing and has taken a disgracefully long time to get to where it is now. This time delay, which we see in many other cases, is inexcusable. When we look at our criminal appeals system in the light of Susan May’s case it is disingenuous to deny that there is a problem.

Platitudes and casuistry abound: no human system is perfect; our jury system is the best in the world etc.  When are we going to stop playing politics, trying to justify the unjustifiable? If it’s about money, then this country would undoubtedly find the funds if it were going to war.

Susan is not the first person to die while fighting to clear their name and she won’t be the last. Our thoughts are also with the families of others who died soon after their convictions were overturned. In our minds, too, as well as those still fighting their cases, are those who battle after release to get through daily life dosed up on medication, and of course the victims of violent crime.

Susan tirelessly flew the miscarriages of justice flag, campaigning for her own case and supporting others.

Yet, despite serious evidential problems and the public concerns of those mandated with overseeing the democracy of the land, Susan remained a convicted murderer when she died this week.