Copyright law needs to move into the digital age

Copyright law needs to move into the digital age 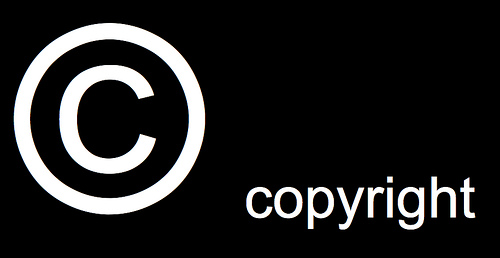 Every day millions of people using the Internet in the UK break the law.

Increasingly the Internet has become a minefield of danger areas in Copyright litigation, with people posting, recording and publishing material, not understanding the laws they may be infringing.

But then again, the law itself has been criticised as being out of date. In fact the Hargreaves report launched in 2011 described it as ‘obstructing innovation and economic growth in the UK’.

Samsung vs Apple & Gaye vs Thicke

This week saw Samsung ordered to pay a whopping $290m (£180m) to technology giant Apple for copying iphone and ipad features in its devices. The figure also comes on top of the $550m Samsung owes Apple as a result an initial verdict, meaning in total, Apple has now been awarded close to $930m in the case.

In a separate case, Marvin Gaye’s children claim that aspects of Robin Thicke’s number one hit, ‘Blurred Lines’ were ‘stolen’ from the soul singer’s 1977 hit, ‘Got to Give It Up‘. This has also led to the family launching a series of additional counterclaims against the singer and EMI, which is owned by Sony/ ATV Music publishing.

While understanding the law behind Copyright has always been important, it has become increasingly so since advancements in technology and the Internet. In the UK the source of most Copyright law is the Copyright, Designs and Patents Act 1988. Under this Act mostly everything is protected aside from undeveloped ideas, slogans or catch phrases. Under the Act certain unauthorised copying can be a criminal offence, as well as a civil tort, unless justified by a defence or exemption. Downloading can also be an infringement.

Therefore publishing any material such as a photo, or an extract of ‘original’ text, copied from the Internet infringes Copyright, unless the copyright owner consents, or a defence or exemption applies.

For example in 2010 a photographer who put his pictures of the Haitian earthquake disaster on to twitter, sued the AFP news agency for using them, claiming damages of up to £150,000 dollars.

In an effort to address what was seen as the lack of clarity in Copyright law, Professor Ian Hargreaves launched a five-month review in 2011. His report made 10 major recommendations to free-up restrictive intellectual property and Copyright laws.

The report found that out-dated laws are holding businesses back from being able to take advantages in areas such as the Internet.

‘Could it be true that laws designed more than three centuries ago, with the express purpose of creating economic incentives for innovation by protecting creators’ rights, are today obstructing innovation and economic growth?’ said Hargreaves. ‘The short answer is: yes.’

The recommendations included a formation of a Digital Copyright Exchange by the end of 2012 to act as a ‘one-stop shop’ to make it easier to get clearance for the use of copyrighted content.

Hargreaves felt that this was extremely important to enable copyright owners to sell their work, however big or small, and for other people to buy them.

Other recommendations in the report aim to clear up antiquated regulations, including getting rid of the law that makes it illegal to download a CD on to an MP3 player.

On top of this it said that Intellectual property laws around parody should be relaxed to allow comedians, broadcasters and other content creators more scope. Existing laws are noticeably stricter than in other countries such as America. This would ensure that spoofs such as the YouTube hit Newport State of Mind are no longer removed.

Mainly Hargreaves recommendations look to create a balance between protecting artists and allowing businesses to emerge and grow online. The report agreed the creative industries need to be protected from illegal activities, such as the downloading of pirated music and films. But that at the same time: ‘The UK cannot afford to let a legal framework designed around artists impede vigorous participation in these emerging business sectors.’

The future: Implementing the Hargreaves review

Hargreaves 10 recommendations were broadly accepted in the Government’s response on 3 August 2011 and have been adopted as the basis of Government policy. In July 2013 the Intellectual Property (IP) Bill progressed to first Reading in the House of Commons and thus is slowly making its way to becoming law. However, these revisions will take some time, and whatever changes are to come in the future, the present still remains a problem. So now would be a good time for the Government to focus on teaching and raising awareness on the law.

Nevertheless to the people who illegally download music and post covers songs without permission, and to companies who copy others – do not copy and do not steal are basic lessons from childhood. Just because we are using the Internet does not make them any less important.

Allow prisoners internet access, says think tank
Impact of social media on trials was ‘a manageable problem'
Ministers given ‘free hand’ as Brexit laws ‘rubber…
Patience is 'running out' with Covid rule-breakers
One in four people witnessed or experienced…