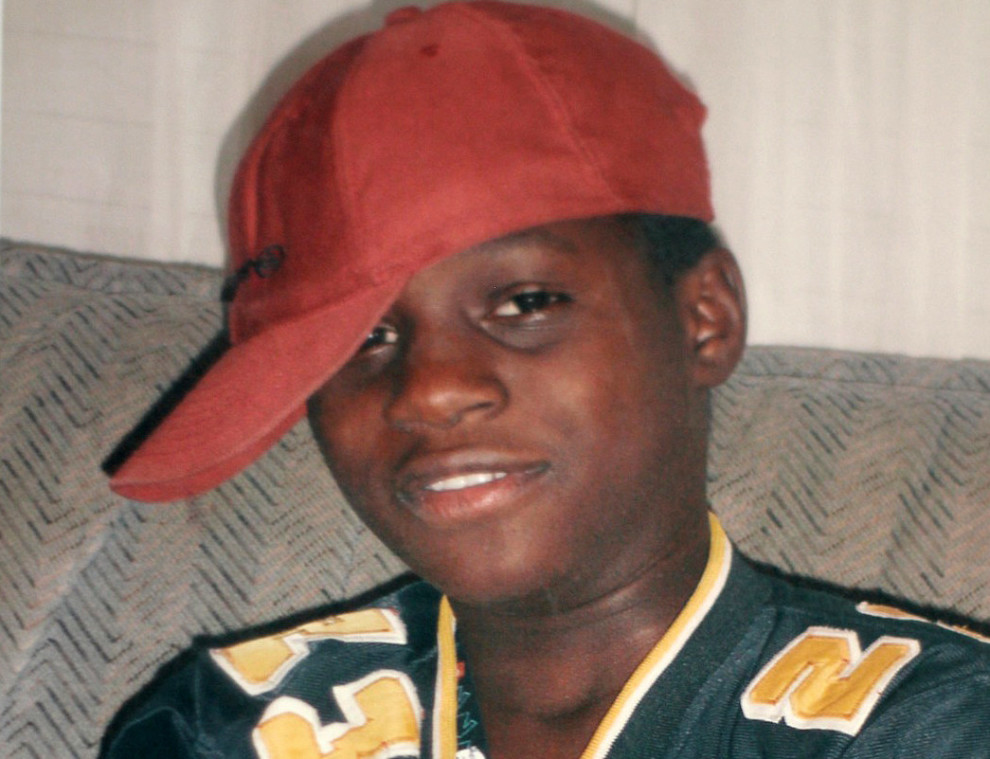 On Friday, Edward Conteh was put on a plane at Gatwick and flown to Belgium, deported as a convicted killer.

But Conteh maintains he is innocent, that he did not kill 16-year-old Nicholas Pearton in 2011. The courts agree – it was never suggested Conteh played any active role in the crime, but yet he was convicted of manslaughter, imprisoned for years and, now, deported.

‘It doesn’t seem right for them to send me away for something I didn’t do,’ said Conteh, whose case has been followed by the Bureau of Investigative Journalism (TBIJ) for the last three years.

Trapped by the system
Sixteen years old at the time, Conteh was convicted using a controversial law called joint enterprise, which allows prosecutors to scoop up groups of suspects and prosecute them for the same crime.

The doctrine has been described as a ‘drift net’ and critics warn it can lead to those on the periphery of a crime being unduly punished by association.

In February last year the UK Supreme Court ruled that the law had been ‘wrongly interpreted’ for more than 30 years, in a landmark judgment that gave hope that some convictions could be appealed.

Conteh’s lawyer Raja Rajeswaran Uruthiravinayagan said that following the ruling, ‘there is a very good basis to say that our client may have been a victim of substantial injustice.’

His case is being considered by the Criminal Case Review Commission, the first step towards getting his conviction appealed. But for Conteh that might be too late.

His family, who are originally from Sierra Leone but live in London, have Belgian passports, so he was categorised as a foreign national prisoner.

‘The system just wants to keep me trapped, not let me do anything. I turned 23 in this place, I missed Christmas with my family.’

‘I’m being punished for something I did not do,’ Conteh, now 23, told TBIJ. ‘I was young at the time, I was 16, and I’m still getting punished for it, it’s not fair. It makes me feel let down by the system and now by immigration authorities too.’

Three years ago his mother, Memunatu was already worrying about what would happen if her son was deported. ‘When he goes they’ll give the Belgian police everything and tell them that Edward is a criminal,’ she said. ‘And his family is all here, he doesn’t have anyone there, that can make someone go crazy.’

Campaign group JENGbA (Joint Enterprise: Guilty by Association) are cataloguing more than 600 cases of joint enterprise. They say that many of those could be classed as foreign national prisoners, meaning deportation is likely.

Gloria Morrison, who founded JENGbA, explained she was worried that other people who could appeal their convictions might also be deported before they can process their claims through the courts.

‘We’re really concerned that the Home Office will not address joint enterprise as a serious concern in terms of miscarriage of justice,’ she said.

She is concerned that now he is out of the country Conteh, and others like him, will find it hard to appeal their convictions.

‘Edward just wants his name cleared, he’s innocent,’ said Morrison. ‘But we think it will be much harder now. The CCRC has such an overworked case load – they will probably just look at those already out of prison and those cases will go to the bottom of the pile.’

When asked if immigration officials would factor in joint enterprise appeals, a Home Office spokesperson said: ‘Foreign nationals who abuse our hospitality by committing crimes in the UK should be in no doubt of our determination to deport them and we have removed more than 33,000 foreign offenders since 2010.

‘All those given a custodial sentence are considered for removal.’ 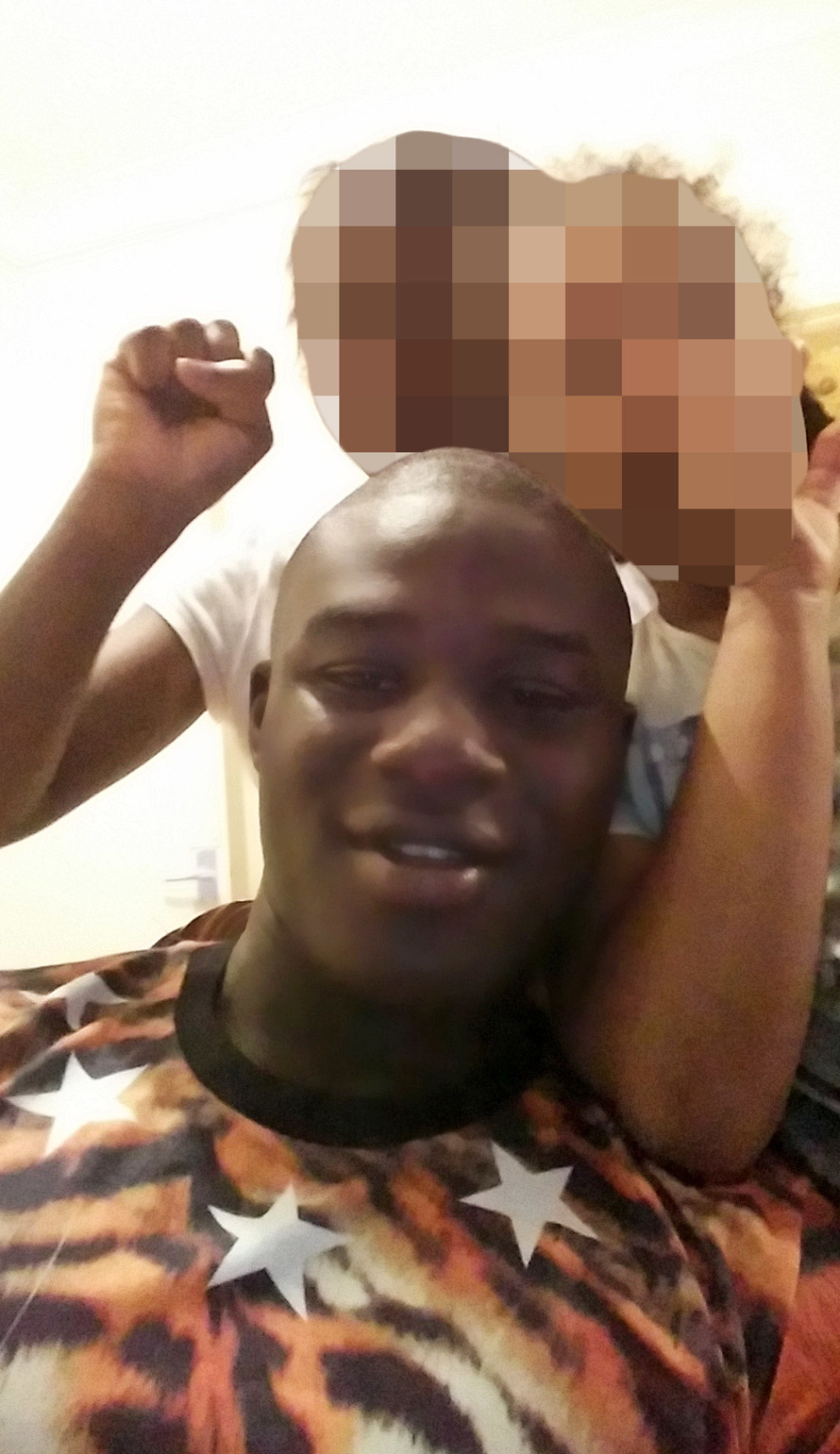 When he was just 16 years old Conteh was arrested and charged along with six other teenagers after Nicholas Pearton, also 16, was fatally stabbed following a confrontation in Sydenham, south-east London.

CCTV footage shows Conteh was nowhere near the stabbing when it happened; instead he was lingering inside a park, messing around with a bicycle.

A minor at the time, Conteh, was sentenced to seven years for manslaughter and he served out his time at HMP Isis. There he told TBIJ: ‘Prison is a hard place, just want to leave now, that’s all I think about: getting home.’

However, once he had completed his sentence Conteh was transferred straight to Dover removal centre, where he stayed for a year.

Eventually he was allowed out of detention and was told to sign in once a week with immigration control. In the following year he completed several courses with the Prince’s Trust, got a job on a construction site and found himself a girlfriend.

He turned 22 and spent his first birthday with his family since he turned 16. ‘I was doing positive things,’ he said, ‘I was doing driving lessons and abiding with probation, it was good.’

But it did not last.

‘One day I went to sign in and they said you have an interview. Then they said ‘oh we’re going to detain you, you’re going to Brooke House’, and that was it there’s no process or court or nothing’

Last week, sat in the removal centre, as airplanes roared off from Gatwick airport, Conteh explained what it was like to go from prison to detention, and live with the threat of removal hanging over him.

‘It’s not giving me [any] prospect to do anything with my life,’ he said, glancing nervously around at the other detainees in the room. ‘The system just wants to keep me trapped, not let me do anything. I turned 23 in this place, I missed Christmas with my family. The only Christmas I had with my family was last year [when out on bail], we all spent it together, and this year I wasn’t with my family.

‘It’s definitely not easy what I am going through at the moment,’ he said. Just one week later he would be deported.

Joint enterprise, a legal doctrine introduced in the 18th century to discourage duels, allows for people to be convicted of a crime if they played a supporting role or could have foreseen the outcome. It has allowed for the conviction of criminal gangs, contract killers and even the murderers of Stephen Lawrence.

But the law has come under scrutiny in recent years. In 2014, the justice select committee recommended an ‘urgent review’ into the doctrine. Then in 2016, the Supreme Court handed down a landmark ruling warning the use of the law had gone too far.

When it comes to new prosecutions, it appears those warnings have been heeded.

New data uncovered by TBIJ reveals that the rate at which joint enterprise is being used has slowed down.

Back in 2013 around 17% of all homicide prosecutions involved four or more defendants, according to TBIJ’s research. The latest figures show that in 2016, that had dropped to just 13%.

But lawyers warn that the changes have not necessarily made it easier to appeal.

Solicitor Simon Natas has around 10 cases before the CCRC, but he has already had one case rejected. He warns that a Court of Appeal ruling in October has made it ‘very hard….by establishing a test for substantial injustice that is difficult to meet’.

Last night and this morning, calls to Conteh’s phone were going straight to voicemail.
This article first appeared in Buzzfeed (here)

Maeve is an investigative journalist living and working in London. She is currently working at The Bureau of Investigative Journalism

Our print magazine is Proof. Contributors include Michael Mansfield QC, Bob Woffinden, David Rose, Eric Allison and Ian Cobain.
Buy Proof Magazine
The latest issue (Why legal aid matters) includes Helena Kennedy QC and Martha Spurrier in conversation, David Conn on the legacy of Hillsborough - plus how to build your own law centre.
Maeve is an investigative journalist living and working in London. She is currently working at The Bureau of Investigative Journalism

Deportation flight to Jamaica leaves for Kingston
#Jamaica50 deportation flight leaves with just four people…
#Jamaica50: ‘My kids are British nationals. Why should they…
Episode 10: 'A life on hold'
'History shows law and justice are aligned only after…