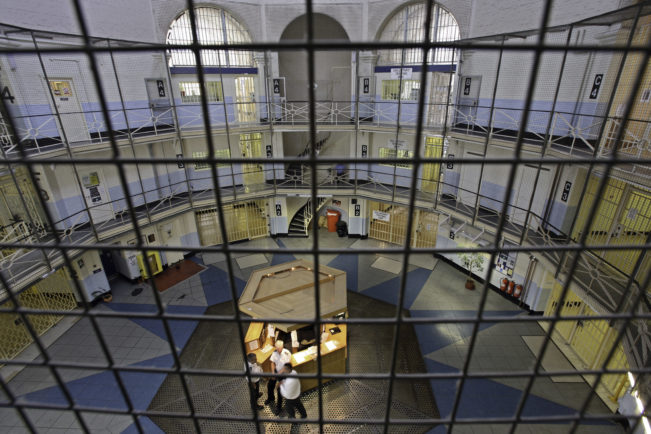 The Justice Secretary Liz Truss has come under renewed pressure to act on the ‘absurd’ scandal that is the continued detention of hundreds of prisoners serving sentences of imprisonment of public protection (IPP) – this time from her predecessor Michael Gove.

Giving the Longford lecture, Mr Gove called on the justice secretary to use her powers of executive clemency to direct the immediate release of up to 500 prisoners who have served more than the maximum term that would otherwise have applied to them. Speaking to BBC Radio 4’s Today programme the chief inspector of prisons, Peter Clarke said it was ‘completely unjust’ that offenders serving IPP terms were ‘languishing in jail’.  Clarke said the inspectorate identified problems with IPP sentences eight years ago, yet little had been done since and progress was ‘painfully slow’. Nick Hardwick, Parole Board chairman, this morning released a statement agreeing with Clarke in saying that ‘significantly further and faster progress on the release of IPP prisoners would require decisions by the Justice Secretary’.

The IPP regime was introduced by the Blair administration: coming into force in April 2005 and now lamented even by one of its architects David Blunkett. It meant that thousands of offenders who would then (and now) be subject to ‘ordinary’ determinate prison sentences would instead be detained until their risk was deemed to have reduced to a manageable level.

The scheme was eventually (and relatively quietly) abolished by the coalition government in 2012. The perverse result is that many of those convicted of very much more serious offences than some of the IPP cohort – terrorism and serious sexual offences – have a definite release date, even if it is one that is very far into the future.

The IPP scheme was doomed to failure from the start. What those who devised the scheme failed to anticipate, but which now seems screamingly obvious, was that unless the prison service had sufficient resources to ensure the rehabilitation of these men (they are mostly – but not all – men) then they would languish in prison.

Even at a time of steady public spending there simply were not enough rehabilitation courses to allow these offenders to be ready for release by the time they had served the minimum term: or anywhere close. Not only has this resulted in great unfairness to the offenders concerned, it has swelled the prison population to its current unmanageable level.

Gove’s view is driven, at least in part, by a belated acceptance (now that he is free from the shackles of office) that the prison population is out of control, and that the prisons crisis cannot be solved until the numbers are dramatically reduced.

Various efforts have been made by lawyers and campaigners to put right the injustice. In 2009 the House of Lords rejected an appeal by a group of IPP prisoners – brought by lawyers including my colleague Pete Weatherby QC – that the scheme was incompatible with the European Convention on Human Rights, and that if the government could not put in place sufficient resources then offenders must be released.

The case was taken to the European Court of Human Rights, which took a different view. The issue was reconsidered by the Supreme Court in 2014, when the court agreed with the Strasbourg Court that the government is under a duty to provide access to rehabilitative opportunities; however that any remedy for a failure to comply lies in damages, rather than release (here).

Accordingly, and in an era of continuing government austerity, the identification of a duty to provide rehabilitation has had negligible impact on the situation on the ground. There simply aren’t enough courses (or ‘offending behaviour programmes’) to go round. This had led frustrated campaigners to seek other avenues of resolving the impasse. In 2012 the coalition government passed legislation creating a power for the Justice Secretary to alter the test for release: making it easier for IPP prisoners to be released.

The power has never been exercised, despite an unprecedented call by the current chair of the Parole Board Nick Hardwick for that to happen. For myself I hold some scepticism as to whether it could make any difference. The Parole Board is notoriously risk averse: sometimes with good reason. Asking them to perform the mental gymnastics of applying a different test is not easy. My feeling is that the Board would likely to carry on much as before. In other words, unless the offender has completed the ‘core’ risk-reduction work on his sentence plan, then he is going nowhere.

This makes Gove’s proposal all the more interesting. He is not suggesting that all IPP offenders are released. That would be unpalatable to some, as the IPP sentence was often used as an alternative to a discretionary life sentence with the result that some of the IPP cohort pose a real long-term risk.

But the number of such offenders is small, and if anything Gove’s proposal does not go far enough. Ideally these men should be referred back to court and resentenced. One suspects that Gove has tried to make it as palatable as possible in order for it to be achievable. It would, in any case, be a good start. It affords the justice secretary an opportunity to show some mettle. If she doesn’t take it the never-ending headlines on the prisons crisis aren’t going away. She could show compassion, leadership and courage by taking Gove’s advice. I hope that she does.