Come on, Mr Burton. An apology is the least you owe Paul Blackburn

Come on, Mr Burton. An apology is the least you owe Paul Blackburn

Paul Blackburn was convicted a year or so after I had started practice at the criminal Bar. For the first decade of my career it was commonplace for the police to rely in large part on alleged confessions made by suspects.

It was almost equally commonplace for defendants to dispute such confessions and frequently to claim that they had been fitted-up, words put into their mouths and confessions simply manufactured by officers who felt they could do that sort of thing and get away with it.

Such confidence on the part of the police was, at the time, not misplaced given that few, if any, judges were prepared to bring themselves to contemplate the very idea that police officers in their courts might be telling lies. It wasn’t until the latter part of the 1980s, by which time the provisions in the Codes of Practice attached to the Police & Criminal Evidence Act1984 had really state to bite, backed up by judgments of the Court of Appeal such as R v Samuel [1988]  that things started to shift. But all of that came too late for Paul Blackburn.

The retired appeal court judge, Sir David Keene, told Walker it was ‘a shocking case’, called evidence about Blackburn’s confession ‘manifestly absurd’ and said that the police should apologise.

Assistant chief constable Matt Burton said the Cheshire police would not apologise and said that his force was ‘satisfied that we do not need to reopen the investigation’ which – according to Walker was – ‘an apparent intimation they still believe Blackburn was responsible’. 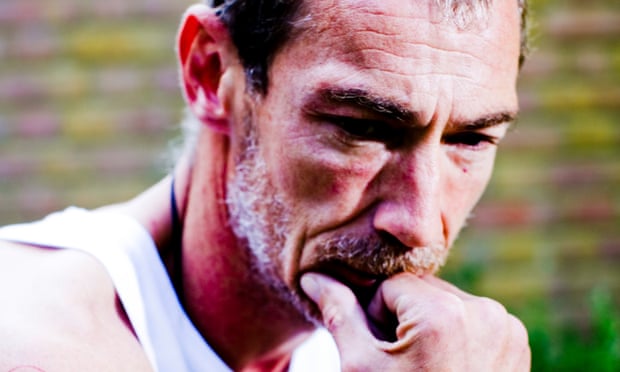 One afternoon in June 1978 a nine-year old boy was attacked and seriously assaulted in Warrington by an older youth. Paul Blackburn at the time was himself aged just 15.  When first questioned by police a week after the attack, he gave the police a witness statement stating that he had been at home all afternoon on the day of the attack.

Nearly three weeks later he was interviewed again in the secure unit of the approved school where he was detained.  He had no member of his family or a solicitor present. In a pattern that many of my colleagues who can remember those days will recognise, for the first hour and three-quarters he explained his movements on the day in a further witness statement but made no confession.

He was then interviewed under caution from 11.20am to 12.40pm, at which point he started to cry and said: ‘Yes, it was me.’  Only at this stage did either of the experienced police offices, DCI White and DI Marsh, conducting the interrogation, think it appropriate to record what was said.  The police notes suggested that a series of open, non-leading questions were asked which produced answers giving details of the attack.

Between 1.25 pm and 1.50pm, Paul Blackburn wrote out a statement in his own hand admitting the offence.

At trial his counsel attempted to exclude the confessions. On a voir dire DI Marsh said in terms that 15-year-old had written the confession statement himself ‘entirely with no interruption’.  Later in front of the jury he repeated that statement saying: ‘Paul wrote it himself without any interruption from anyone in the room – I was sat watching him write.’

It seems that the evidence of DCI White was to the same effect since the judge in summing-up told the jury ‘they then sat there and said nothing while Paul wrote it down for himself’.

No great surprise then that in those days, on that evidence Paul Blackburn was convicted. He was sentenced to detention for life only emerging from custody in 2003.

By the time of his appeal in 2005 the prosecution conceded that the evidence of a linguistics expert meant that the claim of the police officers that the wording of the confession was all Paul Blackburn’s was clearly nonsense. Even under the rudimentary protection afforded by the so-called Judges’ Rules to those under interrogating, ‘prompting’ a suspect as to what to include in a statement they made was prohibited.

As a result, the Court of Appeal concluded that Paul Blackburn’s ‘admissions’ had been wrongly admitted in evidence at his trial.  The remaining evidence was described by the court as ‘circumstantial and of limited weight’ and accordingly the appeal was allowed and the conviction was quashed.

Given the circumstances the response of the Cheshire police seems thoroughly inadequate and inappropriate. Showing an admirable ability to miss the point assistant chief constable Matt Burton relied upon the fact there had been ‘an independent inquiry’ into the conduct of the officers involved in this case back in 1996, which – surprise, surprise – concluded ‘that there was no evidence of any misconduct nor was there any evidence to pursue criminal proceedings against the officers concerned’.

It seems the subsequent judgment of the Court of Appeal that Mr. White and Mr. Marsh committed perjury in their evidence in court counts for little in the view of the Cheshire police. And his remark quoted at the start of this article that ‘this case was investigated more than 40 years ago, at a time when the procedures and rules around the questioning of suspects were very different to that of today’ won’t do either.

A latter-day confession by a senior officer that in effect ‘that’s what the police did back in the bad old days’ may be of historical interest but it hardly justifies the mealy-mouthed refusal to apologise to Mr. Blackburn.

Come on Mr. Burton.  Your officers fitted up a 15-year old boy, lied about it on oath, got an innocent man convicted of a dreadful offence and you aren’t prepared to apologise?  You are a public servant. Your force let the victim and public down as well as Paul Blackburn. Your force emerges with absolutely no credit from this dreadful case. The very least you could do is apologise.

Court of Appeal to reconsider case of prolific serial killer
‘What can I say to get me out of this?’
UNJUST PODCAST: The story of Winston Trew and the Oval Four…
RUI: 'a national scandal that is getting worse every day'
Change in bail to prevent suspects being left indefinitely…