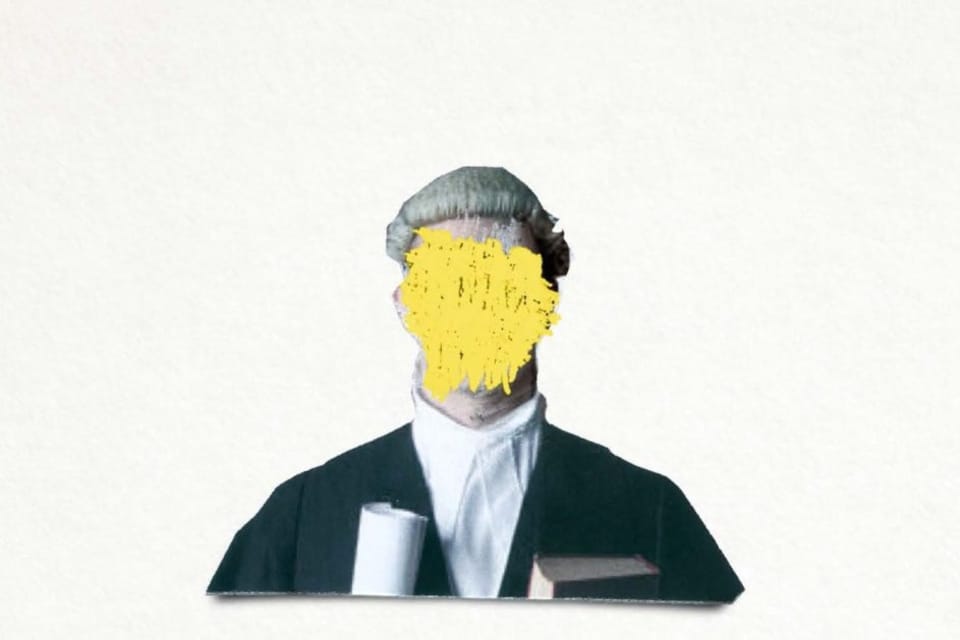 ‘Our justice system is close to breaking point,’ wrote the Secret Barrister in a new book. ‘Every day, delays, errors and chronic under-resourcing are leading to provably guilty people walking free, victims being callously disregarded and innocent people losing their freedom.’ In a Q&A, the anonymous barrister reveals his/her worst Lord Chancellor (no prizes for guessing who), explains what ‘vulture solicitors’ are and why Alison Saunders is ‘naive’. You can read Francis FitzGibbon QC’s review of the book on Justice Gap here.

If you had two minutes with an MP, what devastating insight into the failings of the criminal justice system would you impart?
It goes without saying that two minutes would not even scratch the surface, but I think I would lead with the Innocence Tax. The fact that someone can be prosecuted by the state, refused legal aid, forced to pay privately and then unable to recover their full costs when acquitted, is something which I think strikes everyone who learns about it as fundamentally unfair; a policy born solely of financial parsimony and political cynicism. Whichever side of the political aisle a person falls, this example of warped justice resonates with us all. I would hope that a two-minute exposition of this would buy me a little more time to delve into the many other problems we are facing.

Who has been the worst Lord Chancellor? What was his (or her) worst policy?
Chris Grayling, without a shadow of a doubt. He not only offered up the justice system for brutal cuts, in clear breach of his oath of office, but did so with a  cartoon bad-guy relish. As for his worst policy, it is difficult to alight on just one. The fact that nearly every single decision he took has since been reversed by his successors perhaps says more than anything, but forced to pick, I would say that the state of our prisons is his ugliest legacy. A man who arrived in office seeking to please the sadism of red-top editors by promising “Spartan prisons” and cutting staff and budgets to the bone got his wish – record suicides, violence and self-harm; drugs flooding the cockroach-infested cells and widespread cancelling of rehabilitative and educational programmes.

One of the most compelling reasons for a properly funded legal aid system seems to be to avoid the proliferation of ‘vulture solicitors’. Can you briefly explain how they operate and why they can seemingly prosper?
“Vulture solicitors” are not a common breed, but they do exist. They operate by, in a nutshell, poaching clients from more reputable firms (sometimes using outright bribes to the client or their family), and, once instructed, pocketing the fee paid by the Legal Aid Agency and doing minimal to no work on the case. They usually prosper for two reasons: first, some of them (such as the firm I refer to in my book) instruct diligent barristers, who will go the extra hundred miles by doing the litigator’s function for them and masking their ineffectiveness. Second, quite often their clients don’t realise how bad their instructed representatives are. They fall for the patter and assume that their brief is as good as his word. Any problems will be blamed on the barrister, or the CPS, or the court, or the jury, or the judge.

It’s the junior Bar and solicitors’ firms that seem to suffer as a result of the frozen legal aid rates. You never see a poor QC. Aren’t they still raking it in?
You’d have to ask a QC! I don’t pretend to know much about silks’ incomes or their workload. All I would say is that, when one looks at the rates payable under legal aid or CPS graduated fees, the figures for QCs appear a few zeroes behind what their civil and commercial peers are most likely billing. I don’t think any of us have been unaffected by the cuts.

Alison Saunders assures us that there are no innocent people behind bars as a result of disclosure failures. What do you think?
I listened to that interview on Radio 4 Today, and quite literally spat out my coffee when the DPP made that suggestion. I think that the kindest adjective I can offer is “naive”. Disclosure, as report after report after report has painstakingly set out, is a shambles throughout the police and CPS. Much of that is resource-driven; there are simply not the bodies to comb through increasingly voluminous material, especially digital material, gathered during an investigation. However some of it is due to wholly inadequate training.

I have had some horror stories at court, when police officers tell me, as a prosecutor, of material that they didn’t bother to seize or review during the investigation. Either way, it seems to me inevitable that there will be innocent people behind bars as a result of disclosure failures. The problem is simply too prevalent for there not to be.

How do you find time to write?
I have a very patient family who have got used to not seeing me at evenings, weekends or on holiday. The day job also entails travel, which provides opportunity to blog and tweet, and I’m also able to make something constructive out of all those lovely unpaid days at court waiting to have trials adjourned for lack of court time.

The ability of publicly funded defence solicitors to do their job is under increasing peril. Prosecutorial and systemic inefficiencies and the correctives devised to address them together conspire to load resource- sapping burdens onto the plates of small and medium firms. In a sinister pincer, the relentless slashing of legal aid rates renders it near- impossible for many solicitors to remain financially viable.
Meanwhile, their client base is under threat from a particular breed of unscrupulous vulture solicitor lurking in the shadows of the system. These crooks care not a jot for professional reputation nor the welfare of the defendant; they are parasites. They are the minority whose contempt for ethical and moral norms regrettably often defines the public perception of criminal defence lawyers. These firms poach unwitting clients with empty promises of guaranteed acquittals, cash payments and gifts. Once the client is signed up, they sit and wait to cash the legal aid certificate without doing any work on the case, either forcing the defendant to plead guilty or leaving him to swing in the breeze at trial. Their business model is stack ’em high and sell ’em cheap, maximizing the number of cases and minimizing the work actually done – a repugnant, but hideously rational, consequence of meagre fixed legal aid rates.
While presently this rabble is in the minority, if good local firms, caught between an indifferent system and unregulated pirates, find themselves unable to stay afloat, a lacuna will emerge which may be filled by exactly the wrong type of outfits. The unwary first-time defendant reliant on publicly funded criminal defence will be in very real danger.

From The Secret Barrister: Stories of the law & how it’s broken (MacMillan 2018)