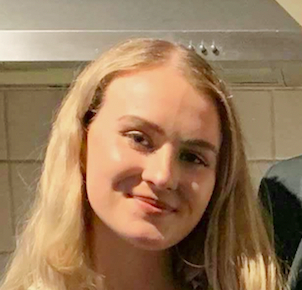 Delays within the criminal justice system are leaving children awaiting court dates in limbo with the prospect of being convicted as adults, according to a legal charity.

The Youth Justice Legal Centre (YJLC), part of Just For Kids Law, has called the delays a ‘travesty of justice’ and highlighted the serious consequences on children on the cusp of their 18th birthday who are ‘in limbo between offence and prosecution’ due to long delays in the process.

One of the main causes for delay is the significant length of time it can take the police or Crown Prosecution Service (CPS) to come to a charging decision, taking months or even years with no ‘fast-track’ or express route for certain cases, including for those children turning 18. The group argues delays are increased due to the coronavirus pandemic leaving many children and their families, as well as their victims in an uncertain position awaiting these important decisions

‘Timely justice is crucial for children, families and victims,’ comments Enver Solomon, chief executive at Just for Kids Law. ‘Young adults who committed offences as children must be given the opportunity to build meaningful futures and be treated fairly.’

Whilst the age of criminal liability in England and Wales is ten years of age, by turning 18, children lose out and have different treatment to their younger counterparts. The group argues that, whilst the Court of Appeal have emphasised that turning 18 is not a ‘cliff edge’ and is a relevant factor, this change does result in serious consequences. For example, 18 year olds lose anonymity in court proceedings and are eligible for adult sentences which are more likely to be longer and more intense, preventing these young people from moving on with their lives. They also lose access to youth diversion schemes which are based on the principle of avoiding the criminalisation of children.

Since changes to the use of police bail in 2017, which mean suspects can only be on police bail for a maximum of 28 days, most suspects are ‘Release Under Investigation’ (RUI) and Just for Kids is calling for a three month time limit in which a child is released under investigation. ‘We need to strike the balance between ensuring that there is adequate time for securing fair and proper outcomes while avoiding a detrimental impact on a child’s rights and well-being,’ the groups says. They are also pushing for more accurate data to be published regularly on children who are RUI and offend prior to the age of 18.

One in five children living in hostels should be in care of…
Asylum seekers left 'in limbo' as Home Office delays…
MPs call for resumption of visits to prisons and a review of…
MPs call for ministers to open UK's first 'secure school' by…
Suspects to spend longer in custody to help courts backlog,…