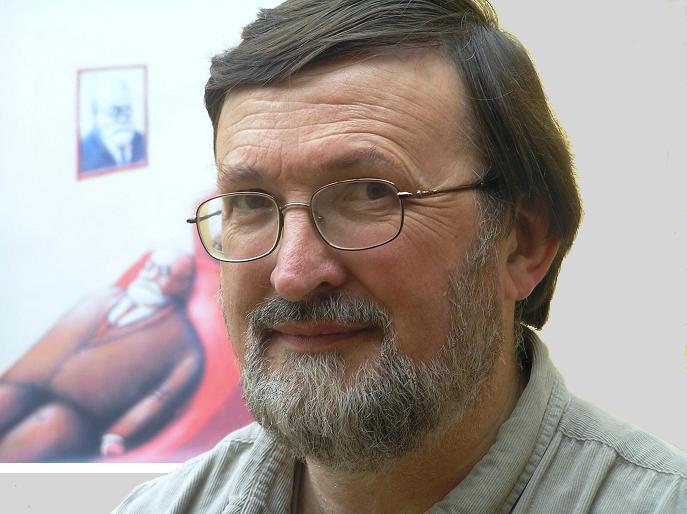 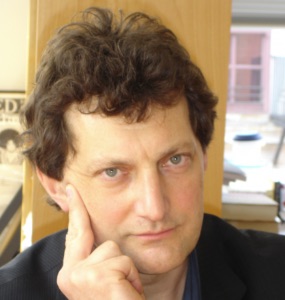 This is the conclusion of a three-part article by the investigative journalist David Rose to be run on the Justice Gap. It is from a new book Wrongful Allegations of Sexual and Child Abuse (edited by Ros Burnett; published by the Oxford University Press). Read the first part here and second part here.

A detailed analysis of the cultural forces which have shaped historic abuse investigations is beyond the scope of this chapter. Readers will find this explored in the work of Richard Webster, especially in the concluding sections of The Secret of Bryn Estyn.

In essence, Webster believed that inquiries into historic abuse had come to share many of the characteristics of the early modern witch-hunt. Such offences were not being seen as mere crimes, but as evidence of dark, secret conspiracies, as manifestations of a titanic struggle between Good and Evil, and precursors of the final battle to come. He further considered that they had been made all the more dangerous because most people were convinced that such irrational impulses belonged to the past, and that reason had triumphed.

As he put it on the homepage of his website, where many of his essays can still be found:

The most fervent modern advocates of reason and of science have often suggested or implied that we are no longer generally susceptible to dangerous delusions such as gripped the minds of learned men in the great European witch-hunt of the sixteenth and seventeenth centuries. This is, I believe, but another example of the dangers of rationalism. For if we accept and allow ourselves to be guided by a view of cultural history which denies the very possibility of a witch-hunt taking place in our midst, we have created the ideal conditions for one to take place in front of our eyes without our even noticing what is happening. [1]

In his interview quoted in the first part of this article, Peter Garsden appears to confirm the validity of Webster’s diagnosis: it is not often one meets a solicitor who states his conviction that in representing alleged victims of historic abuse, he is battling with the Devil. But while Garsden is unusual in being willing to express such a view, the widespread acceptance, especially by the media, of some of the most extreme and disturbing conspiratorial abuse narratives suggests he is not alone in his analysis.

Christian religious observance, it need hardly be stated, has been in decline in Britain for many decades. Deprived of the legend of the Fall, some have come to look elsewhere for stories about the loss of innocence, as if (as Webster argued) they fill an unacknowledged need. The sexual abuse of needy children by those appointed by society to take care of them speaks directly to this.

This, I suggest, explains two associated phenomena. The first is the vitriol poured on anyone who challenges mainstream narratives, and here, unfortunately, I write as a frequent recipient. Blogs have claimed I am ‘linked to paedophiles’, simply because I have written articles defending those wrongly accused.

Using language that Webster would have recognised as an example of the conspiratorial worldview that once underlay witch-hunts, another blogger commented that my article describing the past of Stephen Messham in the aftermath of the McAlpine Newsnight scandal was ‘clearly an attempt on the part of sections of the British establishment to strike back at allegations which potentially could bring down some of its most powerful members’.

The second phenomenon, exhibited by many police officers, lawyers and, regrettably, journalists, is the refusal to consider allegations of historic child abuse according to the same standards that would normally be applied to other criminal claims. Peter Garsden would not admit that significant factual discrepancies between complainants’ statements and externally verifiable facts affected the core truth of his clients’ claims.

Free pass
The government response to the select committee report simply denied there was evidence that alleged victims’ hopes for compensation might affect the safety of criminal convictions. The strangest thing of all is that police officers, usually so sceptical of the stories told by convicted criminals, have sometimes accepted them wholesale without conducting basic checks if they happen to concern claims of historic abuse.

Far too often, the media have given this process a free pass. One of the most dramatic examples in my own career was the sensational disclosure in 2008 that a children’s home on Jersey, Haut de la Garenne, had been a charnel house not only of abuse but murder. After the local CID chief, Lenny Harper, announced that ‘human remains’ had been found there, in the shape of a ‘fragment’ of part of a child’s skull, the story went round the world. Stoked by further briefings from Harper, reporters suggested that at many more murdered victims would soon come to light. As the Guardian front page put it on 25 February:

Six more bodies may be buried at a former children’s home in Jersey where a youngster’s remains were found by detectives investigating allegations of widespread child abuse on the island, police said yesterday. The remains were found under a thick concrete floor inside the Victorian mansion, beside scraps of fabric, a button and what appeared to be a hair clip. It is believed the child’s skull was among the remains found.

Some weeks later, I broke the surprising story that scientific experts from the University of Oxford and the British Museum had established that the ‘skull fragment’ was, in reality, a piece of an old coconut shell. Worse, Harper continued to tell both the press and local politicians that there was ‘no scientific dispute’ that the ‘skull’ was human, weeks after he had informed by scientists via email: ‘It ain’t bone’. Eventually, after Harper retired, a seasoned detective from Lancashire, Mick Gradwell, took over the case, and eventually revealed that all Harper’s headline-grabbing claims had been bogus – there were no bodies, no murders, no missing children, nor, for that matter, ‘torture chambers’ and ‘abuse pits’ in the home’s basement – indeed, the building did not have a basement at all.

But the point is: the factual corrective to Harper’s narrative of evil received only a fraction of the attention given the original, bogus allegations. For weeks after my first article about the coconut had appeared, newspapers continued to run stories about finds of ‘burnt’ milk teeth being discovered by Harper’s excavations, implying there had been an organised attempt to conceal the evidence of murders by incinerating their victims.

On the other hand, in the case of Jersey, rationality and empiricism eventually supervened. Since the Jimmy Savile scandal broke, such correctives have become rarer. The Metropolitan Police Commander Peter Spindler set the tone in October 2012, soon after launching Operation Yewtree, the inquiry into alleged abuse by Savile and some of his associates. The investigation, he said, was a ‘watershed moment’, and Savile ‘undoubtedly’ one of the most prolific sexual offenders who had ever lived.

Spindler added: ‘We have to believe what they [the victims] are saying because they are all saying the same thing independently.’ Meanwhile, ‘Scotland Yard sources’ – that is to say, press officers speaking on a non-attributable basis – were saying the police were also looking at ‘figures of high standing’ who ‘might have helped Savile, helped organise abuse, cover it up or taken part in assaults.’

Some of the discrepancies I was able to expose in articles about the Savile case in the autumn of 2014 had been canvassed in the blogosphere for months, by Susanne Cameron-Blackie and others. But although one other national newspaper journalist did become interested, he backed off, having told at least two of his sources that to publish material casting doubt on the prevailing narrative would be ‘career suicide’.

Meanwhile, the High Court had established a compensation scheme, a means of paying damages to ‘victims’ from what was left of Savile’s estate, administered by his executors, the NatWest bank. It allowed for only the most cursory scrutiny of allegations’ veracity. The assumption underlying it was, self-evidently, that most of them must be true.

If the Savile case marked a new high point in credulousness, it was about to be surpassed. Late in 2014, the website Exaro News began to publish stories of truly extreme abuse and sexual murder by Tory MPs and ‘senior military officers’ during the 1970s and 80s. The site, edited by Mark Watts, a former employee of the Iranian propaganda TV channel, Press TV, had been drip feeding claims of this nature for months. So far, so unremarkable. But they were then taken up by the BBC’s home affairs correspondent, Tom Symonds, and, despite the absence of missing children, the police. By the end of the year, Scotland Yard was investigating no fewer than three supposed murders – though it had no victims’ names. Moreover, all of this had emanated from single source – an anonymous ‘survivor’ named ‘Nick’. It was left to the barrister Matthew Scott (2014) to point some of the obvious dangers:

The first effect of broadcasting Nick’s detailed allegations is that anybody wishing to make a false allegation has now been given not just rumours, which in truth have been flying around on the internet for years, but a detailed and apparently first-hand description of exactly how another witness says the abuse took place. This, of course, flies in the face of good policing practice in which the account of one witness is never given to other potential witnesses precisely because of the danger of contamination… If Nick’s account is untrue, then to broadcast it is to feed a monstrous hysteria.

Hysteria is the right word. On some days now, when one opens a newspaper, one will find half a dozen articles about some aspect of alleged child sexual abuse. It is as if child abuse has become our greatest social ill, especially if it took place long ago.

But since the Savile and ‘Nick’ allegations, public discourse has had few, if any, limits. Richard Webster concluded The Secret of Bryn Estyn by warning that without action ‘to reintroduce reason and restraint into our system of justice,’ future historians would come to view the hunts for actual witches in the early modern era ‘as nothing’ compared to the contemporary child abuse panic. It seems to me that since he wrote those words in 2005, and especially since his tragically early death in 2011, we have come significantly closer to making that baleful vision a reality.

David is an investigative journalist. He is a contributing editor with Vanity Fair and a special investigations writer for The Mail on Sunday

Our print magazine is Proof. Contributors include Michael Mansfield QC, Bob Woffinden, David Rose, Eric Allison and Ian Cobain.
Buy Proof Magazine
The latest issue (Why legal aid matters) includes Helena Kennedy QC and Martha Spurrier in conversation, David Conn on the legacy of Hillsborough - plus how to build your own law centre.
David is an investigative journalist. He is a contributing editor with Vanity Fair and a special investigations writer for The Mail on Sunday

Why pre-charge anonymity is fair
More than 4,000 allegations of historical abuse have…
Upskirting: genuine reform or the thin end of the wedge?
‘I’ve sold my house and spent my life savings to get…
Home Secretary orders review into Operation Midland fiasco