Cases the changed us: Maxwell Confait

Cases the changed us: Maxwell Confait

Maxwell Confait, a 26-year old homosexual prostitute who preferred to use the name 'Michelle', was found strangled in a burnt-out house on April 22, 1972

Maxwell Confait, a male prostitute known as Michelle, was throttled and his body discovered in a burnt-out flat in Catford, South London in 1972. Three innocent boys were jailed for his murder after making confessions that medical evidence subsequently demonstrated could not have been true.

It is a grim case largely forgotten by all except the more diligent students of criminal law however the Law Society president Christina Blacklaws selected it for inclusion in a new Justice Alliance publication celebrating the 70th anniversary of the legal aid (see here).

‘Public concern led Parliament, via a public inquiry and then a Royal Commission, to pass the Police and Criminal Evidence Act (PACE),’ wrote Blacklaws about the Maxwell Confait case. The pamphlet features a case for each year of the legal aid scheme and serves as a powerful reminder of how our society has been shaped for the better thanks to our publicly-funded system of legal advice.

Outrage over the treatment of the three youths – Colin Lattimore, Ronnie Leighton, and Ahmed Salih – was soon to be eclipsed by a shocking roll call of miscarriage of justice scandals (Birmingham Six, Guildford Four, Cardiff Three et al), the introduction of PACE irrevocably changed British policing.

Following a report by the former High Court Judge, Sir Henry Fisher, the government set up the Royal Commission of Criminal Procedure which ultimately led to, not only PACE, but the setting up of the Crown Prosecution Service under the Prosecution of Offenders Act 1985.

PACE replaced what were known as the Judges’ Rules which previously covered the treatment of suspects for which which there were no sanctions if breached.

Around the time of the Confait case, the British public’s attitude towards our boys in blue was undergoing a major trasnformation. Dixon of Dock Green, the genial flat-footed bobby played by Jack Warner, was being superseded in the popular imagination by the gritty Z-Cars with Detective Chief Inspector Charlie Barlow a bully who used verbal, occasionally physical, abuse while interrogating suspects.

The concerns that gave rise to PACE well pre-dated Maxwell Confait’s death. NLJ contributor Professor Michael Zander, now the Emeritus Professor at London School of Economics, has written that the controversy over treatment of suspects in police stations had become ‘a running sore’ by the time of an ill-fated report of the Criminal Law Revision Committee in 1972 which had been eight years in gestation.

The committee’s work had been in vain because of a stand off furore over the recommendation that ‘adverse inferences’ be drawn from a suspect’s silence in the police station. So controversial was that idea that it effectively killed off the report. It would take more than two decades years before the Criminal Justice and Public Order Act 1994 introduced that fundamental retreat in a suspect’s rights.

PACE tackled a number of areas of growing public concern: ‘fitting up’; the treatment of suspects in police station and in the cells; the length of detention without being charged; the conduct of interviews; and access to lawyers. Notably PACE introduced the tape recorder into police interviews.

The three boys had fallen under suspicion after they were picked up by the police on suspicion of lighting a series of fires. They were held without a lawyer and without contact with parents. By two in the morning and after many hours of oppressive interrogation, they signed their statements sealing their fates.

They were obviously vulnerable – the youngest was just 14 years old and the eldest was 18. Earlier this month the makers of a BBC Two documentary Catching Britain’s Killers: The Crimes That Changed Us interviewed the brother of the eldest of the three, Colin Lattimore. He had learning difficulties, could neither read nor write and had the mental age of an eight-year-old. ‘No way was he capable of murdering anyone,’ his brother Gary said. ‘He was scared of his own shadow…. He was a boy in a man’s body.’ 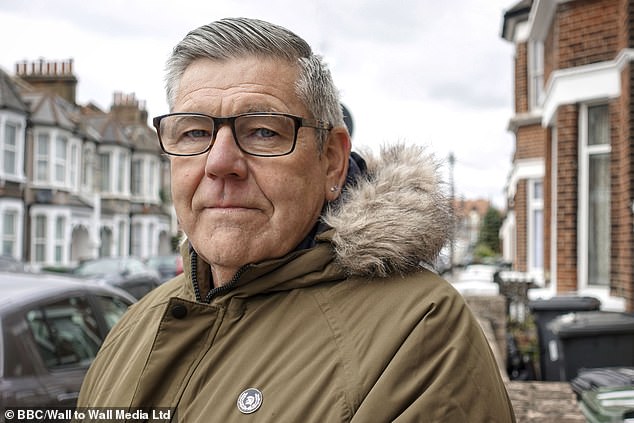 The police surgeon and the pathologist initially put the time of Confait’s death as somewhere between 8PM and 10PM when the boys had alibis. At trial they appeared to change their minds saying that the murder could have happened as later as 1AM. None of the boys had alibis for that later time.

In 1975, the then phone secretary Roy Jenkins sent the case back to the Court of Appeal which, in turn, insisted that three be exonerated. But their ordeal was not over. Jenkins ordered Sir Henry Fisher to lead a formal inquiry. The former judge’s remit was to look at what were known as the Judges’ Rules, previously covering the treatment of suspects; however he also insisted as a condition of his chairmanship that he should also be free to find any individual guilty of the crime.

Fisher shared the concern of the Appeal judges over oppressive police interviewing but, bizarrely, went on to re-incriminate two of the boys. When he died in 2005 the barrister Louis Blom-Cooper felt obliged to write to the Independent to correct a flurry of obituaries that mentioned his chairing of the inquiry that ultimately delivered much needed reform but overlooked this embarrassing detail.

Blom-Copper, who was barrister to the three boys, called Fisher’s finding of guilt ‘absurd’ and had been ‘further trumped by the official acceptance of the confessions’. ‘It demonstrated how often one finds that a brilliant legal mind is less than adept at understanding how human beings behave and the proper inferences to be drawn from factual material,’ he wrote.

As a result of the Fisher inquiry the boys had to be cleared all over again. This time by the attorney general Sir Michael Havers in the House of Commons.
Legal Aid Matters is produced by the Justice Alliance. A version of this article appeared first in New Law Journal

Prosecutors could be allowed to direct police investigations
'I got more justice from Mugabe than I ever got here’
Air pollution a factor in girl's death, inquest finds
Miscarriage of justice watchdog refers two more 'mugging…
Legal aid 'justice gap' reinforces the poverty trap and…