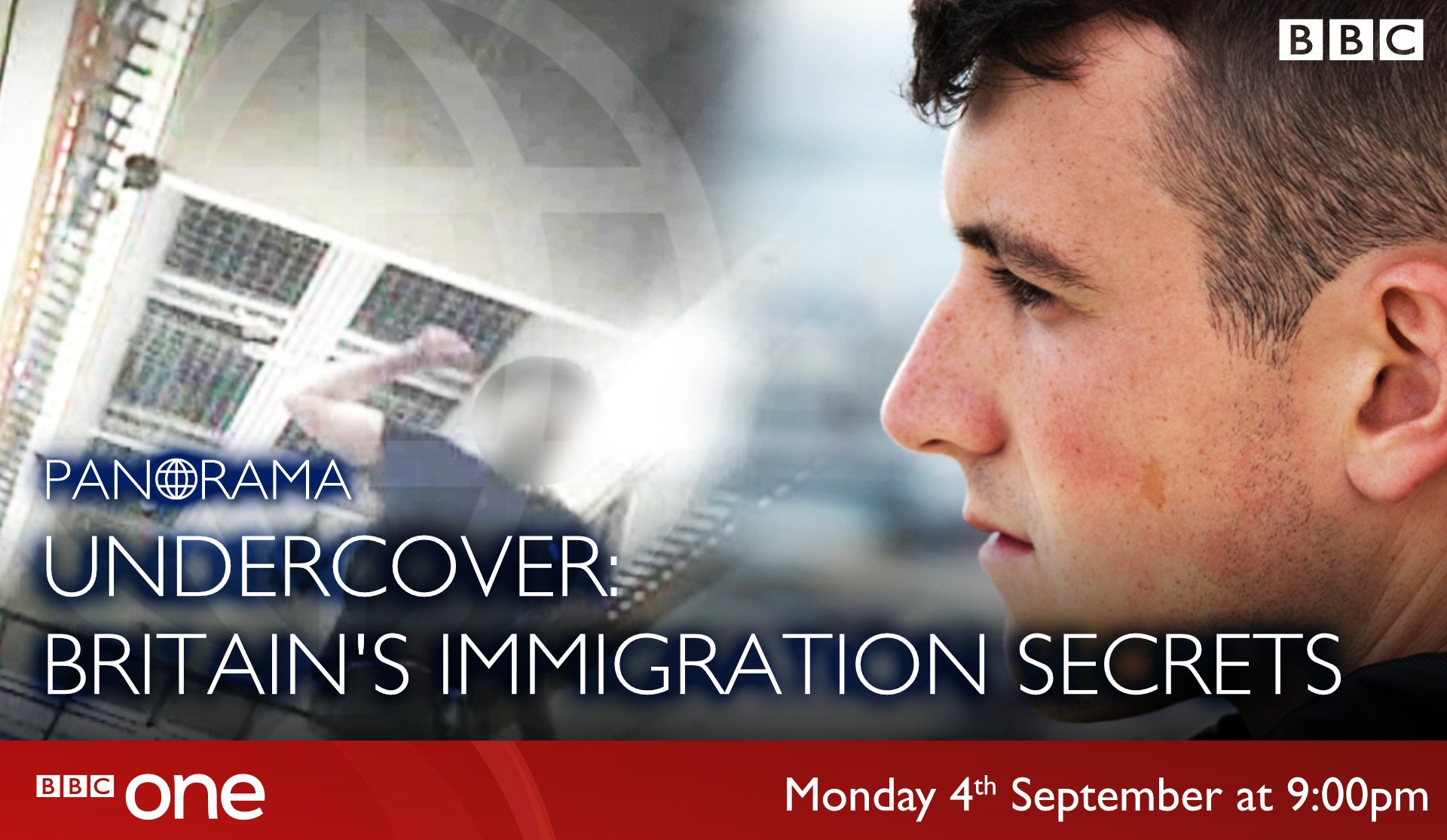 There are few state institutions that reveal the character of a society as powerfully as its prisons.  They show how a nation treats those who, while perhaps criminals, it has complete control over.  Prisoners are deprived all agency, from what they eat to when they sleep, with their lives dictated by the officers of the institution, and ultimately by the policies put in place by the government at the behest of the people at large.

If our prisons provide an insight into the country’s grim nature, its immigration removal centres (IRC) reveal it in all its grotesque horror. These are places where its residents – prisoners in all but name – have committed no real harm against society, their only wrong being to remain in a country without legal residency. And even calling this a wrong is an overstatement, with most of those held in detention having lived a blameless life in the country they chose, working and contributing to society as much as those legally resident.

It is a formal wrong rather than one of real substance. But because these immigrants and asylum seekers are outside the formal bonds of British society, part of the ‘other’, it is a wrong that the government, and the people who elected it, are happy to savagely punish them for, as the opening days of the Brook House Inquiry have shown.

This inquiry was brought about after the BBC broadcast a Panorama investigation into Brook House IRC, which revealed the ‘ragged, febrile…degrading and brutalising’ culture within the UK’s immigration system. It is investigating the treatment of immigration detainees in the centres, and particularly whether they violated the prohibition on torture and degrading treatment in Article 3 of ECHR. In 2015, Calum Tulley, an 18-year-old custody officer who had recently started working at Brook House, went to the BBC with his concerns, agreeing to become a whistleblower and secretly film his fellow officers for a three month period. His recordings make distressing viewing. They reveal a callous, racist system, with a pervasive culture of xenophobia, even if, as Tulley says, ‘many staff are doing their best’.

Opening scenes in the Panorama film show crowded, institutional hallways lit up under the glare of harsh strip lighting, as shouts and thuds reverberate.  The detainees, almost universally from ethnic minorities, are herded by guards in riot gear, the camera’s gaze refracted through the plexiglass shields, before the film cuts to a custody officer slamming shut the panel door on a panicking detainee. The guard then turns to Tulley and tells him ‘if he [the detainee] keeps going, I’m going to smash the f***ing shit out of him’, with the same guard later saying of another detainee that he has ‘absolutely no sympathy at all…if he dies, he dies’.

Later, a detainee is filmed squatting forward on all fours and wailing, circled by guards in navy prison-style uniforms, while Tulley narrates how ‘from the start [of his employment], I was confronted with drug abuse, self-harm, and suicide attempts’, with the camera then showing an officer imitating a detainee who told him ‘I want to die. I want to die’.

As Nick Armstrong, counsel for three of the victims, told the inquiry this week in his opening statement, such conduct was and is not isolated.  The callous, degrading treatment of detainees – which the inquiry has only heard the start of – provides a ‘panorama’ of the way in which people are treated in Britain’s immigration removal centres, with officers cavalier as to whether they live or die, with one officer justifying it on camera on the basis that ‘at least there’s a few less foreigners in England’.

Brook House is the largest of the UK’s IRCs. It was custom-built on the outskirts on south London near Gatwick Airport, its location chosen to ease the passage of the detainees from the country. This is what IRCs are supposed to be, short pitstops for illegal migrants and failed asylum seekers on their way out of the UK, back to their mother country, with only those at serious risk of absconding detained for more than a few days.

In reality, IRCs are part of the carceral state, with people detained there entering a penal-like atmosphere.  Even if most people are detained for a relatively short period of time – just under two months – extended stays are not uncommon, with one detainee kept in confinement for two and a half years, and Stephanie Harrison QC telling the inquiry about another detainee, who the High Court eventually ruled should have never been detained at all, kept at Brook House for 442 days.

Like many IRCs, and in common with many prisons, Brook House is run by G4S, the gargantuan government contractor.  As with many government contractors, the question of whether the contractor can effectively fulfil its obligations is seemingly secondary to how cheaply they offer to fulfil them, with the winning bid for Brook House coming in at 35% under the government’s estimate.  These savings are not achieved through some sort of magical efficiency within the private sector, but through cutting anything that can be cut.

Addressing the tribunal, Alex Goodman, counsel for two victims, said that it was the ‘outlawry of the Home Office and its contractors’ that has led to these degrading conditions’, in part through operating ‘harsh, prison-like lockdown regimes, inadequate activities and, critically, low staff numbers’, G4S sacrificing human dignity for profit.

Staffing levels were consistently at the lowest permitted by the Home Office, but even if they had fallen below it, it is doubtful that the Home Office would have been deeply concerned, or punished G4S with anything more than a slap on the wrist. In G4S’s contract with the Home Office, there are no terms on the welfare of inmates, reflected in suicide attempts and self-harm that inmates inflict on themselves, showing the ‘despair and absence of hope that many feel’.  In the Shaw Report, which investigated IRC conditions, Stephen Shaw concluded that Home Office monitoring ‘failed to examine and question the… care and welfare of detained persons, their quality of life, and experience of being detained’.

Little filmed on camera disputes this, with the recordings showing detainees are confined to small, cell-like rooms, with bunks, covered in thin, institutional blankets, while the communal areas are ‘overcrowded and unsettled’. Nor can the Home Office claim that it is unaware of the conditions, with many cases finding that detainees in immigration detention were subject to treatment that violated Article 3 – the prohibition against torture and degrading treatment.  Instead of remedying the conditions, the Home Office has preferred to argue that it is a ‘small, aberrant group of individuals’ that explain them, rather than accept there are ‘fundamental, institutional, widespread problems’, of which a crucial one is its own policies, and the fact that adopting a stance of such ‘hostility [towards migrants] is incompatible with humanity’.

What might be the most devastating element that the inquiry has heard so far is that none of it can come as any surprise to anyone who has paid even the slightest attention to the government’s immigration policies, particularly since Theresa May adopted the ‘hostile environment’ during her tenure as Home Secretary.  No one is forcing the government to adopt policies that lead to ‘physical mistreatment, abuse and humiliation’. Rather than choosing to believe those seeking asylum, or operating a process that starts from the premise that the individual is telling the truth, a culture of doubt has been established, with the Home Office preferring to engineer ‘assessments to fit the [desired] conclusion’, and when challenged on this, to ‘blatant[ly] breach the duty of candour’, as Harrison told the panel.

One reason for the government to do this is because they think it wins them votes – and it is difficult not to think they are right.  Despite the fact that this film, showing appalling treatment that can be conceivably described as torture, was shown over four years ago, there has been no change to Britain’s politics.  Boris Johnson’s Conservative Party was re-elected in 2019 with an overwhelming majority, and Priti Patel has continued her immoral crusade against migrants.

Even more astonishing is that the government doesn’t have to fight this battle. Other countries have their troubles with immigration, as the rise of Eric Zenmour has shown, but few see it dominate the political narrative as it does here.  A more compassionate, caring government could easily dial down the rhetoric, emphasising our international obligations and acknowledging that compared to much of Europe, we have relatively few asylum seekers.  Instead, Johnson’s government goes to great lengths to

The only real conclusion is that the government allow such conditions to prevail is because they think it justified.  They somehow think that the UK is exempt from the international obligations that bind other countries, and that we have the right to treat those who trespass across our borders with contempt.

Stephanie Harrison described the distress of one of the detainees she represented, as reported on the Justice Gap yesterday. ‘We saw before our eyes what it means when we say to break someone’s moral and physical integrity,’ she said. ‘That howling was the howling of a man whose basic humanity had been stripped from him, and we say this inquiry must give very careful consideration and come to the conclusion that he was subjected not just to inhuman treatment, but also to torture.’

It is not as if there is any prospect of conditions like this having any real effect on unlawful migration. Much as Patel’s ever more deluded attempts to deter migrants from crossing the Channel have only seen crossings increase ever more, degrading conditions do nothing to discourage the determined and the desperate.  It is ‘chilling’. The inevitable conclusion of Theresa May’s hostile environment is the horror of Brook House. The buck stops there.