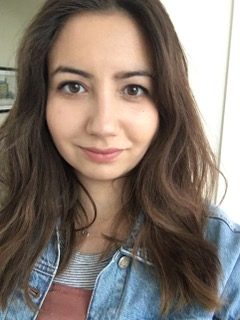 The public inquiry into mistreatment of detainees at an immigration centre near Gatwick airport uncovered by a Panorama investigation three years ago is unlikely to hear from witnesses until next year. The Brook House inquiry, chaired by Kate Eves, is the first public inquiry to investigate immigration detention, and covers abuses exposed by undercover footage obtained by a former detainee custody officer which showed employees of government contractor G4S physically and verbally abusing patients, with one member of staff throttling a detainee and threatening to ‘put [him] to fucking sleep.’

In a virtual preliminary hearing on Friday, lead counsel Cathryn McGahey QC admitted that oral evidence would njot be heard until June 2021. Whist G4S is no longer involved in the running of Brook House, former detainees are determined that ‘lessons should be learnt’, and that there be no repeat of the abuses they suffered.

Nick Armstrong QC described the delay in the progress of the Inquiry as ‘disappointing and dispiriting.’ Representing core participant BB, Armstrong highlighted that the inquiry was in breach of its obligations under article three under the European Convention on Human Rights prohibiting inhuman or degrading treatment or punishment. BB was one of two former detainees who featured in the Panorama to have taken the Home Office to the High Court over alleged abuse at G4S-run Brook House immigration removal centre.

The inquiry was established not only with the purpose of investigating the abuses suffered by detainees of the detention centre but looking at the extent to which the policies and staffing practices at Brook House caused or contributed to that mistreatment. In her opening statement, Kate Eves stated that she will look not only at the treatment of detainees at Brook House, but consider ‘the current practice, policies and procedures which operate in immigration removal centres now.’

The Brook House inquiry has already been subject to numerous delays. Multiple factors were cited, including evidence amassing hundreds of thousands of pages, as well as setbacks in collating and submitting documents and the loss of dedicated office and hearing space during the pandemic. Additionally, the need for interpreters, and the questioning of witnesses, meant that oral evidence cannot be heard virtually.

Whilst the inquiry is still inviting both former employees of G4S and former detainees to come forward with information they may have on the abuses that took place, Kate Eves heard arguments as to whether undertakings should be given by the Attorney General and the Home Secretary with representatives of core participants highlighting concerns surrounding giving evidence in cases where citizenship or freedom might be in the balance. Although the employees shown in the documentary no longer work for G4S, as of yet, charges have not been brought by Sussex Police.

Kate Eves acknowledged ‘unavoidable delays in collating and submitting evidence’ and promised core participants that she was ‘fully committed to carrying out this Inquiry at all due pace, while ensuring that it is thorough and rigorous in its approach’.

‘Over the past months, the inquiry team has been gathering critical evidence and we have been pleased to hear from additional witnesses,’ Eves said in a statement ahead of last week’s hearing. ‘We hope that still more people will come forward to help make sure that we can build a clear picture of what happened in Brook House in that time in 2017. I would like to encourage anyone with information to contact the Inquiry and we will make sure you have the right support to do this safely.’