What Brexit means in Calais’ Jungle

What Brexit means in Calais’ Jungle 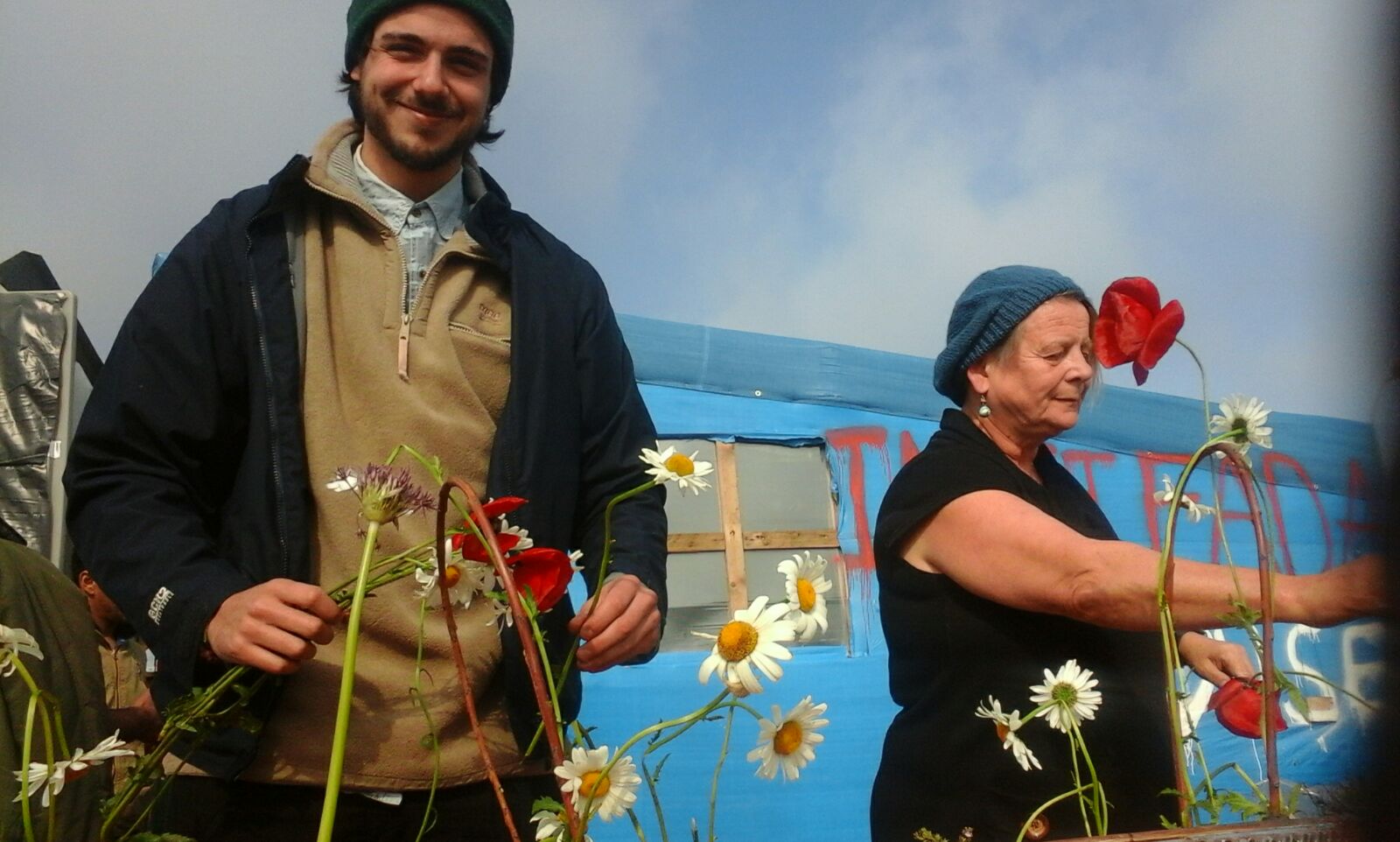 I am a UK solicitor currently volunteering in the French Legal Advice Centre in La Jongle Calais. Every day I see how the humanity of the camp dwellers is diminished by their poverty and lack of freedom and certainty. On July 19, an 18 year old Eritrean girl was run over and killed trying to get in a lorry to travel illegally to the UK. If her nationality had been different at present she would have had the right to free movement and travel, like any other European.

On June 23  – when the UK voted to leave Europe by 51.9% – an enormous pool of stagnant water after heavy rain made access to the Legal Advice Centre in the Jungle problematic. Some resourceful young Afghans created a walk way out of rotten planks so that two French journalists could interview two unaccompanied minors aged 10 and 11 in privacy about the risks they face living unprotected on the camp and their hopes of a better life with their family members in the UK.

Outside waiting clients shivered in the damp North wind complaining about overflowing toilets, leaking tarpaulins and Ramadan hunger. Other than an increase in general unease and anxiety over accessing the UK most Jungle occupants had never heard of Brexit: no money and scarce Internet access means phone usage is treasured for family contact. The few that did understand the significance of the vote on migration to the UK asked whether separation of the UK from Europe was imminent. My negative reply looks like being correct. 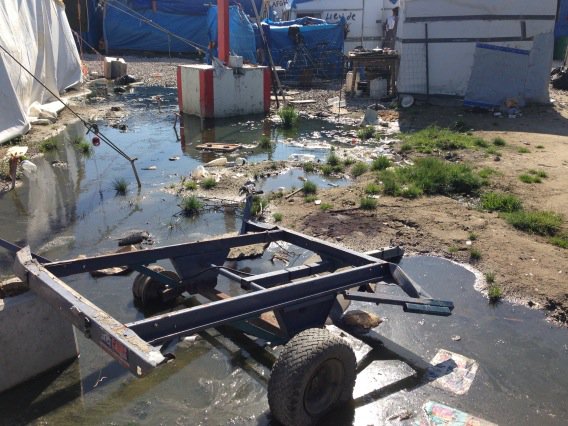 I help unaccompanied minors as young as eight years with their take charge requests to the French authorities to join family members in the UK. In 2015 five children succeeded. This year, thanks to the efforts of committed French and English lawyers and their back up teams about 50 minors have passed lawfully to the UK, instead of risking their lives to do so illegally. The Dublin 111 Convention, a European Treaty on migration signed in 2013 permits the French Authority to take charge of an asylum request by a lone child, arrange lawful passage to the UK and ensure they arrive safely at St. Pancras Eurostar terminal.

We estimate there are about 350 unaccompanied minors on camp so the transfer numbers are small but rising. So far the Dubs Amendment to the Immigration Act 2016, which requires an unspecified number of children be allowed into the UK, has not resulted in the entry of a single child but political pressure is rising, not least from Alf Dubs but also other peers like Baroness Sheehan.

At present the 2003 Le Touquet agreement between French and English Governments allows UK border officials to stop migrants before they enter the UK. A month later most people in the Jungle have forgotten about Brexit. Not so the politicians. They are worried about the declaration of Calais mayor Natacha Bouchart, member of Sarkozy’s right wing UPM party, supported by Emmanuel Marcon, economics minister of the French Socialist Party, that France should pull out of Le Touquet leaving the door open for Jungle occupants to be dispersed and the camp bulldozed. 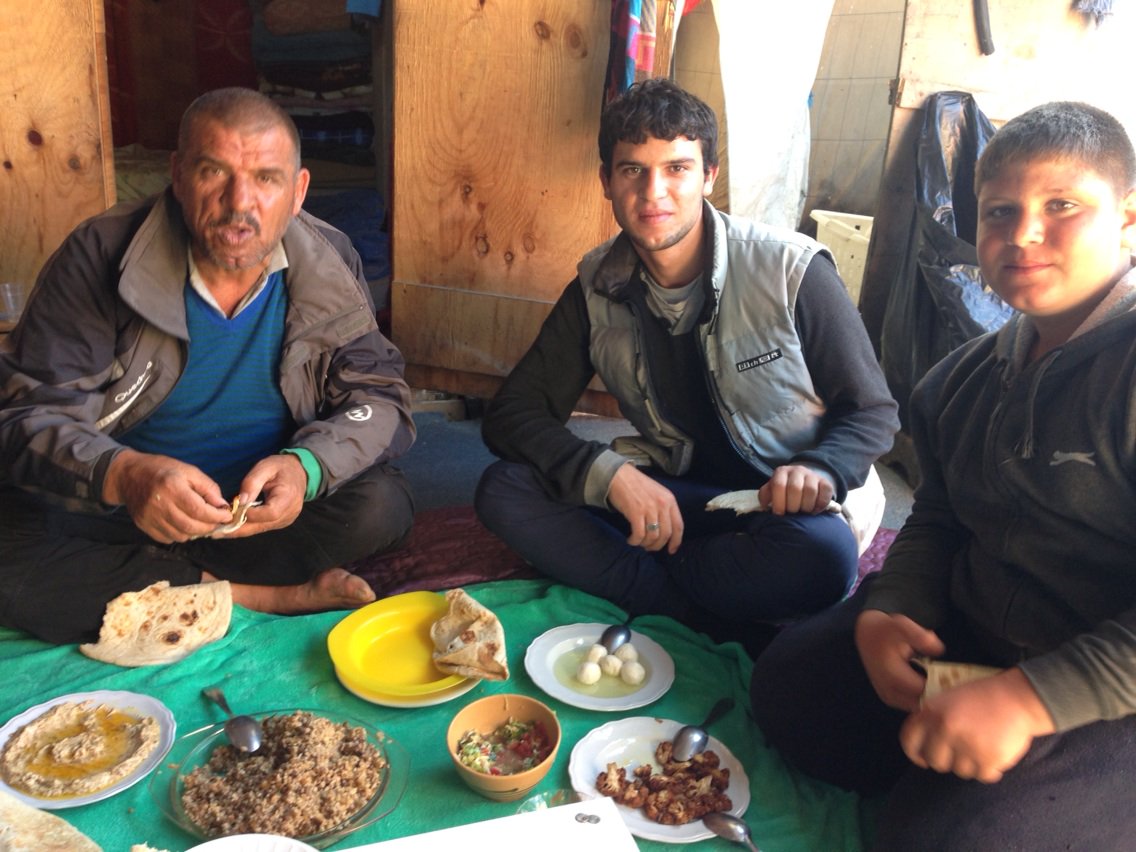 If the UK does ultimately leave Europe both Dublin 111 and Le Touquet would be up for renegotiation. Mme Bouchart is currently consoling her electorate by proposing to build a wall around the camp: vegetation on the side facing the road; steel bars on the inside facing the people.

A month after the Brexit vote, on 21 July 2016 Hollande and May confirmed over a lobster thermidor lunch their commitment to sticking with Le Touquet and maintaining the UK border in Calais. On  July 23 French customs officers in Dover went on a work to rule with the result that 25,000 holiday makers waited for up to 12 hours to cross the Channel – looks like they are keen to get Brexit going.

So who knows what Brexit actually means. It is just another headache for the people in the Jungle who grow beans and peas out of cans in their shelters, who live cheek by jowl with different cultures and nationalities. I say let those with family in the UK travel lawfully to join them so we can all learn from their humility and ability to survive.

Wendy is a housing law specialist. In April 2016, she retired as senior housing solicitor at Hackney Community Law Centre

Our print magazine is Proof. Contributors include Michael Mansfield QC, Bob Woffinden, David Rose, Eric Allison and Ian Cobain.
Buy Proof Magazine
The latest issue (Why legal aid matters) includes Helena Kennedy QC and Martha Spurrier in conversation, David Conn on the legacy of Hillsborough - plus how to build your own law centre.
Wendy is a housing law specialist. In April 2016, she retired as senior housing solicitor at Hackney Community Law Centre

"It's easier to believe that they are "migrants".  We can't…
‘Unimaginably cruel’: campaigners respond to 'anti-refugee…
Growing concerns about 'incompetent' legal advice for…
Home Office has stripped more than 400 people of citizenship…
In defence of activist lawyers