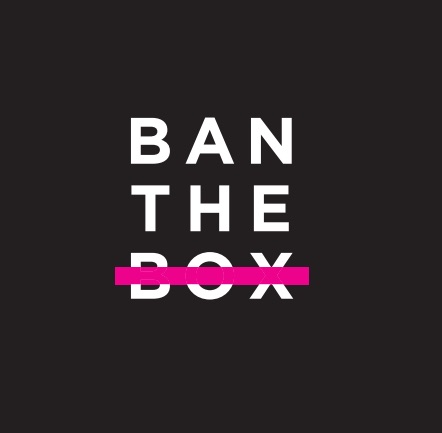 Quite understandably, David Cameron’s speech on Monday was applauded for being the first one dedicated to prison reform by a Prime Minister in over 20 years. Interestingly though, as he set out his ‘agenda for a revolution in the prison system’, one of the things that caught Unlock’s attention appeared towards the end of his speech and was not, strictly speaking, about prisons.

It was about people with criminal records applying for jobs, and the difficulties they face because of the stigma of their record.

‘There’s a simple problem: today, ex-offenders are often rejected for jobs out right because of their past. I want us to build a country where the shame of prior convictions doesn’t necessarily hold them back from working and providing for their families.’
David Cameron

The Prime Minister was addressing a major social problem that affects more than the 85,000 people in prison. There are over 10 million people in the UK with a criminal record.

When you last applied for a job, can you remember whether there were boxes on the application form that you quickly ticked ‘No’ to? Well, what happens if you happen to have to tick ‘Yes’ to one? This is a concern that millions of people with criminal convictions have because many employers still continue to ask about criminal records, and ticking that box often leads to your application being put in the bin.

That’s why I welcome David Cameron’s announcement that he supports the Ban the Box campaign, with the commitment that all of the civil service would be ‘banning the box’ from their initial recruitment process.

The Ban the Box campaign, led by Business in the Community and supported by Unlock, started in America. In the two years since it was launched in the UK, 58 employers with a combined workforce of 425,000 have banned the box. This helps employers to access a huge talent pool of people that are often put off from applying due to the tick-box. It also gives people with convictions a chance to enter work – significantly reducing their likelihood of re-offending.

The civil service is one of the country’s biggest employers, so this news is a welcome boost to the employment prospects of the millions of people with a criminal record. However, in a blog post on the GOV website, Robert McNeil, the chief people officer of the Civil Service, set out some details to their approach which raises a couple of questions.

First, what jobs will it apply to? Mr McNeill says: ‘We recognise there may be some roles with specific security requirements and these will be exempt from this approach: for example roles in law enforcement such as prison officers.’ This is unnecessary. There’s no reason why any role should be closed off to banning the box.

To suggest otherwise misunderstands the concept. It’s not about not asking about convictions; instead, it’s about when. Take the example of prison officers. Yes, they require security clearance, but this doesn’t take place at the initial application process. For regulated activity roles working with children, it might be appropriate to check that the person isn’t barred, given that those that are barred would not be legally able to be employed in the role, but that doesn’t mean asking a broad question about criminal records. Only around 0.5% of people with convictions are barred from working with children, so this wouldn’t act as a barrier for the vast majority.

Second, instead of asking on the application form, when will they ask? In his speech, David Cameron gave two potential options: ‘Might this be done a bit later, at interview stage or before an actual offer of work is made?’ he said. Mr McNeill says: ‘The Civil Service will still ask about criminal convictions during the recruitment process, but we will do this after the initial application form stage.’

Unlock suggests that employers ask after a conditional job offer is made. Employers only need to consider the criminal record of the person they decide is the best person the job.

Change of culture
These questions are important to the integrity of the ‘ban the box’ movement. Employers that have signed up so far have genuinely changed their recruitment process, and it’s been more than just about banning the box. If it’s not done right, there’s a risk that people simply get rejected further down the line.

There has to be a change of culture. Banning the box is an important practical change to a recruitment process, but it needs to be alongside a package of changes. In our work with employers, we work on a number of principles that together set employers up for a fairer and more inclusive recruitment policy and practice.

The announcement is, we hope, just the start of a process that moves the Civil Service towards being an employer that recruits people with convictions and treats criminal records fairly. With the Government’s endorsement, we hope many more employers will join the campaign and develop recruitment policies that consider whether an applicant is the best person for the job before looking at their criminal record.

Christopher is co-director of Unlock

Our print magazine is Proof. Contributors include Michael Mansfield QC, Bob Woffinden, David Rose, Eric Allison and Ian Cobain.
Buy Proof Magazine
The latest issue (Why legal aid matters) includes Helena Kennedy QC and Martha Spurrier in conversation, David Conn on the legacy of Hillsborough - plus how to build your own law centre.
Christopher is co-director of Unlock

2 responses to “Breakthrough or cosmetic? PM supports ‘banning the box’”