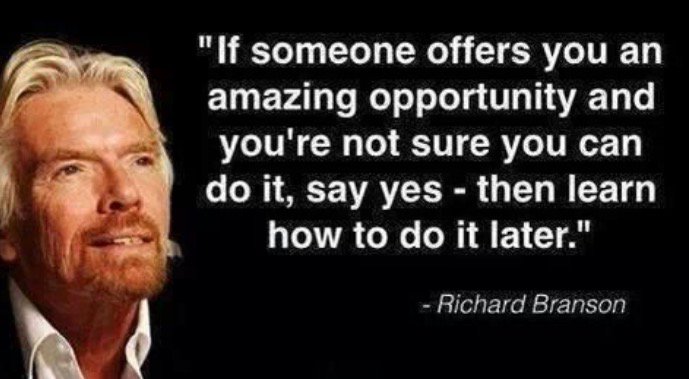 Opportunities are like buses – there’s always another one coming! http://t.co/0lGOzTRQ

Last week saw a £700 million opportunity come his way: his health firm, Virgin Care, was awarded a contract to deliver 200 types of NHS and social care services to more than 200,000 people in Bath and north-east Somerset.  The contract was awarded by Bath and North East Somerset council and the Bath and North East Somerset NHS clinical commissioning group.  It is worth £70m a year for seven years and the contract includes an option to extend it by another three years at the same price.

Privately provided NHS services are not new.  As the King’s Fund has pointed out, private companies have for many years provided a wide range of products to the NHS (including medicines, beds, and radiotherapy machines) and, although private sector provision of health care services has always been more controversial, some services have been provided by the private sector for many years – for example, dentistry and pharmacy.

Outsourcing of NHS services took place under the Labour governments led by Tony Blair and Gordon Brown, but the controversial Health and Social Care Act 2012 (introduced by the Conservative and Liberal Democrat coalition government) extended ‘a market-based approach to the NHS, emphasising a diverse provider market, competition and patient choice as ways of improving health care’.

The Department of Health’s annual accounts for the following year, 2013-14, suggested that some £10 billion of the total NHS budget of £113 billion was spent on care from non-NHS providers (not including dentistry, medicines or general practice). The BBC reported that in 2013/14 £6.5 billion of that £10 billion was spent on private sector providers. These figures increased further in 2014-15.  There is undoubtedly big money available for those private companies which win contracts to provide outsourced NHS services.

But the Bath and North East Somerset contract is said to be unprecedented because it is the first time a private firm will provide adult social care services.  Community Care magazine describes it as a “landmark deal… first of its type” as it provides for a private company to run adult social work services.  It is not, however, the first time any social services have been outsourced in this way, although the outsourcing to date has involved children’s services.

In fact, Virgin Care itself has been running children’s services across parts of Devon, Surrey and Wiltshire for some time.  What is truly unprecedented is the scale and range of both NHS and social care services which have been outsourced to a single private firm.  The Guardian reported that, from 1st April 2017, Virgin Care will “become the prime provider of a wide range of care for adults and children. That will include everything from services for those with diabetes, dementia or who have suffered a stroke, as well as people with mental health conditions. It will also cover care of children with learning disabilities and frail, elderly people who are undergoing rehabilitation to enable them to go back to living at home safely after an operation.”

The decision has proved controversial. Labour Party Councillor Eleanor Jackson said was quoted in the Mirror as saying, “Make no mistake about it, what has happened here is the beginning of the privatisation of the NHS in this country.”  Campaigner Paul Evans, co-ordinator of the NHS Support Federation, said:

‘This is obviously part of a big push by Virgin to dominate the supply of community health across England. The experience so far from NHS outsourcing is that companies struggle to deliver the level of service that patients need and make a profit. In too many instances outsourced healthcare has resulted in care being compromised to cuts costs.’

He and others are concerned that there will be a drop in the quality of care which is provided, based on experience with privatisation of specific NHS services in other parts of England.  For example, the running of Hinchingbrooke Hospital was outsourced to private company Circle in 2012, but by January 2015 – only two years into a ten year contract – Circle announced that it was pulling out, on the eve of publication of a damning Care Quality Commission (CQC) report on the hospital.

As the organisation NHS for Sale has said, ‘the CQC raised serious concerns about care quality, management and culture at the hospital. The CQC found a catalogue of serious failings at the hospital that put patients in danger and delayed pain relief. The hospital was put in to special measures, the first time the CQC has had to do this.’  Another failed example of NHS outsourcing, also involving Circle, is the privatisation of Nottingham’s dermatology service, which was described in an independent report in June 2015 as ‘an unmitigated disaster’.

Also controversial are Virgin Care’s tax structures.  Past press reports have criticised 10 private health providers, including Virgin Care, which have tax havens as part of their corporate structure.

Little wonder, then, that there is such concern regarding Virgin Care and this lucrative new contract.  This concern is despite Virgin Care’s apparently positive record of provision of a wide range of NHS and social care services since 2006.

As well as the general unease about privatisation of core NHS and social care services, though, I do wonder if there is another aspect to the concern with this particular contract. Could it be linked to Sir Richard Branson’s high profile failures, and a perception that he is a plucky, have-a-go businessman, who operates on a trial and error basis?  Whilst he has had huge successes in an impressively wide range of industries, since the early 1990s we have also been treated to regular stories about his less well thought out schemes.  They regularly feature in media lists, catalogues of misplaced optimism, with titles such as ‘Branson’s Hits and Misses’ or ‘Branson’s Setbacks.’

There are also entire websites devoted to ‘inspirational quotes’ from Branson, which acknowledge that, in business, mistakes will be made and there will be failures.

‘You don’t learn to walk by following rules. You learn by doing, and by falling over’; and

‘If someone offers you an amazing opportunity and you’re not sure you can do it, say yes – then learn how to do it later.’

For many, this encapsulates ‘Brand Branson’: an Apprentice candidate-style entrepreneurial spirit on a grand scale, willing to have a go, often getting it right, but sometimes getting it disastrously wrong.  And perhaps this is part of the reason for the political and public unease with the awarding of a £700 million contract to one of his companies for the provision of health and social care services which are so essential to the 200,000 people affected: these are critical services, and there is no room for mistakes.
This article first appeared on the Doughty Street Chambers Community Care and Health Blog here

Special channels set up for 'Cabinet contacts' to…
'Workers with a union to back them can move mountains'
A solution for a social care system in its hour of need
Mental health review calls for an end to the use of…
Luke Naish: 'a totally unacceptable loss of life…