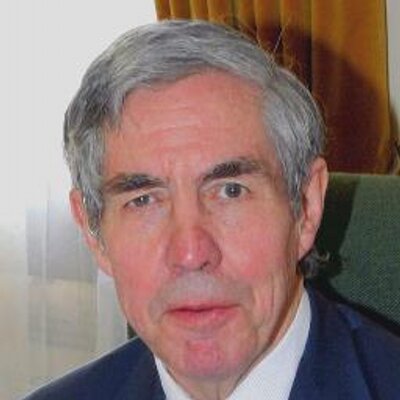 What were you doing in November 1974? The Prime Minister had just come of age at 18. The Home Secretary was 11 years old. The Lord Chancellor had not yet been born. And the lives of 21 people came to an end in the Birmingham pub bombings. And for every day since then, as all our lives have moved on, their grieving families have been desperate to know how and by whom these 21 people were killed, and why the police have not yet identified their killers. The inquest into their deaths was adjourned indefinitely 40 years ago.  It is soon to be given a new lease of life.

You can read about the Justice4the21 campaign elsewhere on the Justice Gap including interviews with Julie Hambleton – Julie’s sister Maxine (above) was one of the 21 murdered – and Paddy Hill of the Birmingham Six here.

Families of the victims of the 1974 Birmingham pub bombings yesterday had a request for legal aid granted – just days before inquest proceedings were due to start. They had asked Home Secretary, Amber Rudd to set up a fund along the lines of what was available for the Hillsborough families but were refused. For the Hillsborough inquests, Theresa May insisted that the Home Office and other government departments provided non-means tested funding (as opposed to legal aid funding).

Without the fight from the families and the generosity of their lawyers, the inquest would never, ever have been resumed. Today is October 26th and the day after tomorrow… submissions are to be made on the scope and process of the resumed inquest. The families involved were told only yesterday that arrangements will be made for their legal teams to work with another firm and receive legal aid. Does the minister think that three days notice on this matter is sufficient?
Jess Phillips, the Labour MP for Birmingham Yardley

The families have now joined together to form the campaigning group ‘justice4the21’. Last night at the Royal Court Theatre I watched them being given one of Liberty’s Human Rights Long Walk awards as a recognition of their struggle to participate in the inquest on the basis of ‘parity of funding’ – equality of arms, in other words.

Their spokesperson, Julie Hambleton, told us that the start of the inquest is not very far away now. At its centre will be these stricken families and the West Midlands Police. She said that the police would be receiving large amounts of public money to enable them to enjoy full representation at the inquest. The most the families seem to have been offered, if they are financially qualified to receive anything at all, is what is called Legal Help.

If that is the case, then this might cover all the preparatory work associated with the inquest and the preparation of written submissions to the coroner, which might suggest questions for the coroner to ask witnesses.   It might also enable them to ask a McKenzie Friend to attend the inquest, and to offer informal advice (if the coroner permits it). But nothing more. I was not surprised that they thought this to be inadequate, given the massive resources the police would be able to command.

I believe that the latest state of play is that the parcel has been passed by the Prime Minister to the Home Secretary, and by the Home Secretary to the Lord Chancellor, and by the Lord Chancellor to the Legal Aid Agency, to see if exceptional case funding might be available under the LASPO Act. When will the music stop? Will the parcel then be redirected somewhere else, and will this macabre game of  ‘pass the parcel’ be still going on when the inquest is over?

If you are not a specialist human rights lawyer, the present state of English law on exceptional legal aid funding for inquests is so dense that you need to tie a white towel round your head (and have a strong drink ready to hand) to be able to understand the basis on which such funding might possibly be available. I did my best a couple of months ago when I wrote a blog (Three Years of Exceptional Case Funding  in Inquest Cases). As this is not a ‘death in custody’ or ‘death by police shooting’ case it seems that funding for full representation might be available because

… in the particular circumstances of the case, the provision of advocacy under this Part for the [applicants] for the purpose of the inquest is likely to produce significant benefit for a class of person other than the [applicants and the members of their families].

But even this would not be available if the British state’s obligations to provide this degree of help is not mandated by Article 2 of the ECHR as a matter of English law. And these deaths occurred in 1974.

I do not pretend that I understand fully how human rights law operates in these circumstances. But if every kind of legal wrangle might be in prospect, is it really acceptable that these families should be left to wait and wait and wait while the minutes leading up to the start of the inquest tick inexorably on?

It should be remembered that the activities – or inactivity – of the West Midland Police in the 1970s may be close to the centre of the coroner’s inquiries.  I remember vividly how a whole series of appeals were brought to the Criminal Division of the Court of Appeal in the 1980s and early 1990s on the grounds that the particular conviction was unsafe because of the involvement of one or more West Midlands police officers who were known to have misconducted themselves in other cases.  These are very troubled waters.

Is the provision of advocacy for the Birmingham 21 families likely to provide ‘significant benefit for a class of people other than the applicants and their families?’

What on earth do these words mean in the context of this case? And is ECHR Article 2 sufficiently powerful in itself to require appropriate representation to these families in relation to these deaths which took place in 1974?

I don’t know the answers to these questions. Nor, I suspect, do ministers. And meantime the clock ticks on.

Last night we also heard how a similar process of ‘pass the parcel’ – this time in an international level – eventually meant that emergency arrangements had to be scrambled into place at the very last moment in a typically British way a full year after the plight of the luckless unaccompanied children in the Calais Jungle had come to the attention of some of the other Human Rights Awards winners last night – and even then, some of these children might have been spending last night sleeping in a French ditch after their makeshift homes had been destroyed by fire.

Surely as a country we can afford to help the families of the Birmingham 21 in a rather more orderly way.  Surely it is not beyond the power of ministers to grant help from some contingency fund for a cause that anyone with an ounce of common humanity would approve.

We have seen what a difference proper representation made to the families in the Bloody Sunday inquiry and the Hillsborough inquest. The Birmingham 21 families deserve nothing less.

Sir Henry is a retired British judge. He became a Lord Justice of Appeal in 1996, and became Vice-President of the Civil Division of the Court of Appeal of England and Wales in 2003. Sir Henry retired from judicial office in 2006. In the last 10 years he has been a civil mediator and he is now a legal blogger

Our print magazine is Proof. Contributors include Michael Mansfield QC, Bob Woffinden, David Rose, Eric Allison and Ian Cobain.
Buy Proof Magazine
The latest issue (Why legal aid matters) includes Helena Kennedy QC and Martha Spurrier in conversation, David Conn on the legacy of Hillsborough - plus how to build your own law centre.
Sir Henry is a retired British judge. He became a Lord Justice of Appeal in 1996, and became Vice-President of the Civil Division of the Court of Appeal of England and Wales in 2003. Sir Henry retired from judicial office in 2006. In the last 10 years he has been a civil mediator and he is now a legal blogger