Back to the war zone

Back to the war zone 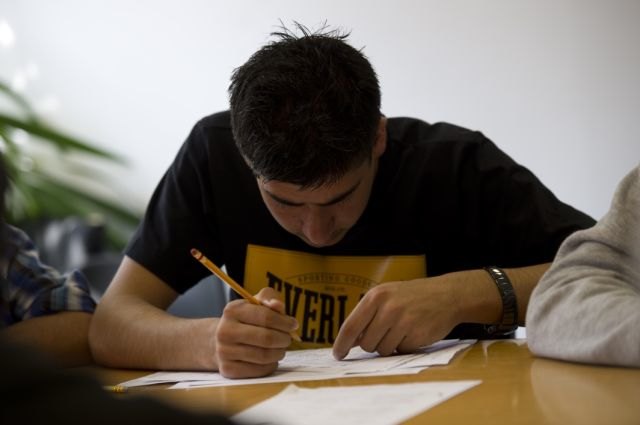 Pressure is mounting on the government to reconsider plans to start returning child asylum seekers to Afghanistan. The current situation is that unaccompanied asylum-seeking children from the war zone are not removed from the UK before they reach their 18th birthday.

The Home Office received 547 applications for refugee status from Afghan children last year. ‘It is hard to see how any of them can lawfully and safely be sent back while Afghanistan remains a death trap for lone children,’ writes Francis FitzGibbon QC, a part-time immigration judge, for the Justice Gap. Read Francis’s article HERE.

The Refugee Council is urging ministers to rethink its proposals. ‘It is indefensible that the UK government believes it acceptable to send young people back to Afghanistan, when it is clearly still an extremely dangerous environment for Afghan people,’ commented Judith Dennis, advocacy officer at the Refugee Council; adding that the development of a returns programme was ‘motivated by deterring young people from coming here’ and ‘completely ignored’ the reasons young people left their homes’ and made ‘hugely traumatic journeys’ to the UK in the first place. The charity was calling on ministers to ‘urgently review’ their plans.

The Afghan ministry of refugees does not support the repatriation of children ‘because a lot of them left at an early age so we are not sure we can find their parents or relatives’. ‘They could fall into the hands of drug addicts, Taliban or criminal gangs,’ a spokesman told the BBC news. According to a report commissioned by the EU (and obtained by the BBC) the Afghan government has not accepted any returned children ‘because of the security situation and a lack of a satisfactory child protection system’.

At the start of the year the Netherlands, Norway, Sweden and the UK joined forces to set up the ‘European Return Platform for Unaccompanied Minors’ overseen by the Swedish Migration Board. It aims ‘to find new methods for the return of unaccompanied minors that need to return home after receiving a final rejection of their asylum application’ and ‘to develop methods and contacts in order to find the parents of the minors who must return home, but also to find safe and adequate shelter in the country of origin’. ‘No minor will return home without a safe and orderly reception,’ it says. ‘The right to be reunited with the parents is stated in the Convention on the Rights of the Child’.

‘Bad things happen to children in war zones,’ comments Alison Harvey, general secretary of the Immigration Law Practitioners Association. ‘Of all the places in the world to start a programme of sending unaccompanied children back home to, why start with Afghanistan?’

Francis FitzGibbon notes that until it becomes known what the arrangements are ‘no one can say if they will be “adequate” to overcome or at least mitigate the suffering that lone children will go through in Afghanistan’. ‘In a country where welfare and life itself are so dependent on family and kinship, and where civil society is so threatened by extreme violence, it is difficult to see how a stable and durable alternative can come into being,’ he argues.

Alison Harvey points to this year’s ruling of the Supreme Court in the case of ZH (Tanzania) which stressed that in taking decisions whether to remove children the Home Office must ensure that their best interests are being protected. ‘The UK Border Agency has a duty not just to safeguard children but also to promote their welfare,’ Harvey says. ‘We have no quarrel with that standard. We have a profound quarrel with the fact that Afghanistan is a war zone-and sending children back to a country like that is – obviously – not prima facie in their best interests.’

Since the ‘European Return Platform for Unaccompanied Minors’ project was announced ‘we have heard less’ about the arrangements for the return of young Afghans, reports the Refugee Council’s Judith Dennis. ‘To return these children to Kabul misunderstands the complexities around Afghanistan,’ she continues. ‘We fear the government thinks these children only need to be here because their parents aren’t with them.’

The Refugee Council has been working with ILPA to raise the issue of family reunion rights and so if a child is recognised as a refugee they should be able to bring their parents over in the same way that an adult can bring dependent children to join them. The negative response from ministers was based upon a concern such arrangements could encourage parents to send their children if ‘you could be refugee just because you are separated from your family’, as Dennis puts it. ‘It misses the point,’ she says. ‘These kids are fearing going back because they think that they think those who are threatening them in the first place will get, or that there is little opportunity to do anything other than become a suicide bomber in Kabul.’

(Photo credit: Bill Knight for the Lives in the Balance report by the Refugee Council)