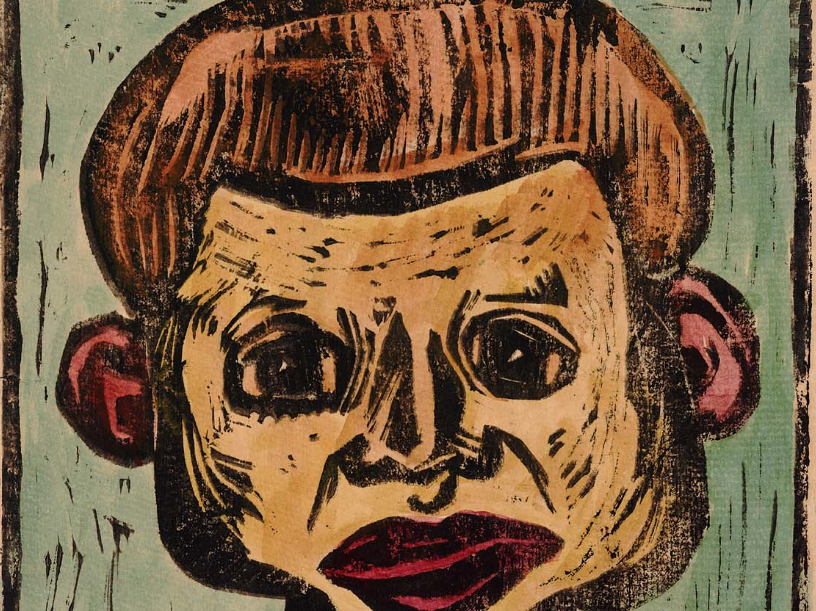 On Wednesday David Cameron, in his speech to the rapidly disappearing Tory faithful, declared that the Immigration Bill coming before Parliament: ‘will make sure some simple and fair things, that should have always been the case, are now set in stone‘. ‘If you are not entitled to our free National Health Service, you should pay for it,’ he said. Painting from Flickr, under Creative Comms licence from the Smithsonian American Art Museum (americanartmuseum)

Cameron went on to argue ‘if you have no right to be here’, then you should not be able to rent a flat or a home from the council or anyone else, foreign national prisoners fighting deportation should pay their legal bills and if they wanted to appeal then they should only be allowed to do so once they have left Britain’s shores.

Cameron’s definition of fair is, I suspect, different to both mine and yours. How deported prisoners might practically be able to appeal whilst avoiding gunfire and persecution in Freetown, Abuja, or wherever, is open to question. However in respect of things closer to home, how legitimate are concerns around the financial cost of healthcare access by migrants and what entitlement do they have to access such services anyway?

Jeremy Hunt, when not being utterly gutless in failing – when asked – to condemn the Daily Mail’s disgraceful attacks on Ralph Miliband, has vowed to end the ‘costly abuse’ of the NHS by foreigners, declaring that ‘by looking at the scale of the problem and at where and how improvements can be made we will help ensure the NHS remains sustainable for many years to come’. But exactly how ‘costly’ is this ‘abuse’?

Health tourism
Given the governments continued spotlight on this issue, you might be forgiven for believing that ‘health tourism’ is a significant problem. Yet In 2011-12, the NHS officially spent £33m on treating foreign nationals, £21m of which was recovered. This means that just £12m, or 0.01 per cent of the health service’s £109bn annual budget, was lost to ‘health tourists’. Hunt claimed the true figure was £200m but produced no evidence to support his claim. Even if we accept the Health Secretary’s estimate, his figure accounts for just 0.18 per cent of the NHS budget and that’s before taking into account the savings made from British nationals using foreign health services, the administrative cost of any new ‘crackdown’, let alone a grown up debate about the net contribution to the British economy made by migrants, 1.02 per cent of GDP or £16.3bn according to an OECD study.

First step
Beyond the economics and what legal rights migrants may or may not enjoy – for most migrants, getting into and remaining in a state like Britain – is only the first step to establishing full residence rights.

Migration into and within Europe is regulated by a combination of national law, EU law, the ECHR, the ESC (European Social Charter) and by other international obligations entered in to by European States.

EU directives and rules around accessing employment, education, housing, healthcare, and other social benefits are – and there are no two ways about it – complex and can be a challenging exercise. However, as a starting point, in order to access the full range of social rights you usually have to have an acknowledged right to enter or remain

So neither ECHR nor EU law give a right to healthcare, though related rights such as the protection of human dignity (Article 1 of the EU Charter of Fundamental Rights) and arguably aspects of moral and physical integrity (such as Article 8 of the ECHR guaranteeing the right to respect for private life) can be invoked in respect of healthcare.

The ECHR also does not guarantee the right to any particular standard of medical service or the right to access medical treatment. Under certain circumstances, a member state’s responsibility under the ECHR, may be engaged where it is shown that the member state’s authorities have put an individual’s life at risk through acts or omissions that deny the individual healthcare that has otherwise been made available to the general population (Powell v UK 45305/99, 4 May 2000).

Article 13 of the ESC also provides for the right to medical assistance – a right which also applies to migrants in an irregular situation (basically third country nationals from outside of the EU who are illegally staying). So in a case brought against France (International Federation of Human Rights Leagues v France, Complaint No 14/2003), it was held that any national legislation and practice that denies foreign nationals entitlement to medical assistance while they are within the territory of a State party, even if they are there illegally, is contrary to the ESC.

European Economic Area (EEA) nationals – who have an affiliated national health scheme in their state of residence – can also benefit from local healthcare provisions when they visit other EEA Member States and Switzerland. EEA nationals who exercise free movement rights are entitled to equal treatment with nationals (Article 24 of the Free Movement Directive) – though if they wish to reside in another Member State on the basis that they are economically self-sufficient – they must show they have health insurance to cover all risks for both themselves and their family members (Article 7 (1) (b)).

Similarly before being granted long terms resident status, third-country nationals and their family members are required to provide evidence of sickness insurance that covers all risks that are normally covered by the host Member State for its own nationals (Article 5 (1) (b) of the Long-Term Residents Directive). They also need to show that they have stable and regular resources that are sufficient to maintain himself or herself and the members of his or her family without recourse to the Member State’s social assistance system (Article 5 (1) (a)).

Finally, asylum seekers and irregular migrants whose removal has been postponed are entitled to emergency care and essential treatment for illness (or other assistance for those who have special needs) under the Reception Conditions Directive (Article 13 and 15) or the Return Directive 2008/115/EC.

Within this complex and myriad set of provisions is however a simple truth. On a day when over a hundred migrants are reported to have died trying to travel to the ‘Gates of Europe’, cash strapped NHS finances are not being plundered by migrants – undeserving or otherwise. Even if that was the aim of a small minority of migrants to the UK – rather than seeking a better life with the benefit to us of continued cultural and economic enrichment – nothing within EU law or its driving principles would allow it anyway.