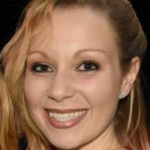 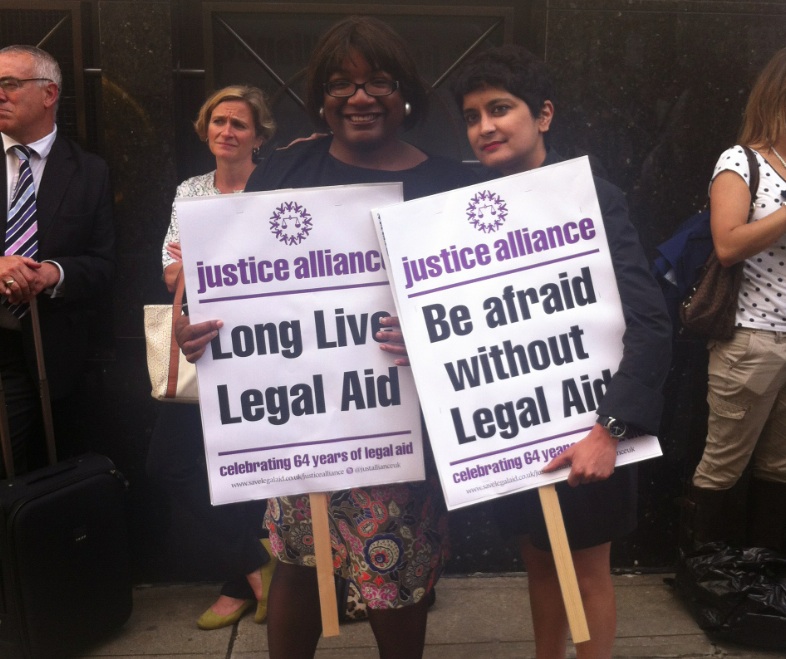 Diane Abbott and Shami Chakrabarti at Justice Alliance demo in 2013

In 2012 the Legal Aid, Sentencing and Punishment of Offenders Act (LASPO) dramatically reduced legal aid in many areas, including immigration. Although free legal help is in theory still available to asylum seekers- perhaps due to the fact that the UK is bound by international law to protect asylum seekers- the changes have resulted in a serious lack of providers and financial support is slim.

As part of my PhD research, I interviewed eight legal representatives in Wales about their role in the asylum system. All eight talked about (lack of) legal aid to some extent. This post highlights some of the recurring opinions.

Retrospective Funding
As funding is paid retrospectively by the Legal Services Commission, many firms (especially smaller firms) have experienced cash-flow problems. Perhaps the most prevalent example of this is the closure of both the Immigration Advisory Service (2011) and Refugee and Migrant Justice (2010). These closures affected thousands of asylum seekers and had the effect of further burdening the already saturated asylum representation market. In my study then I asked if there were enough specialist lawyers for the demand, the majority of the sample said no.

‘It’s better than it was a couple of years ago but we’re all very busy. We sometimes have to turn cases away because we are too busy so we are not, at no point are we with nothing to do yeah? Very, very busy.’ (Representative 2)

‘I volunteer for a charity called Asylum Justice as well as this and the reason I do this is because there are so many people we have to turn away from the firm. There aren’t enough asylum lawyers.’ (Representative 3)

Is 5 hours enough?
One provision which has gained criticism is the reduction from 40 to five hours in the amount of legal advice funded by the tax payer for asylum cases. Many cases are highly complex, and five hours is often insufficient for legal representatives to build trust and offer acceptable representation. This is problematic as the notion is entirely subjective; five hours is not enough to truly assess the merits of a case, meaning many meritorious cases fall by the wayside.

‘Time-wise it is difficult. You do tend to allocate your resources accordingly. You do weigh up clients who have more pressing matters.’ (Representative 3)

‘Unfortunately there isn’t a lot of money in asylum. Since the Legal Aid Agency introduced fixed fees into asylum claims, while it does seem like a lot, it’s only five hours. After that point, you are essentially working for free.’ (Representative 7)

‘There are lawyers who with the fixed fee system, some work up to the fixed fee time and no more because it is a waste of time.’ (Representative 6)

Merits test
Legal representatives must also show that they have been successful in 40% of cases to retain funding. It is understandable then, why many lawyers pick and choose ‘easier’ cases, and those with a high likelihood of success. Other cases may be seen as ‘too risky’ and so lawyers are overly cautious. The result of this is that these clients, who are arguably in more dire need of representation, due to the complexity of their case, are left to self-represent. Several representatives in the sample talked of ‘playing the system’ in order to make it viable to take on cases.

‘It’s possible to do, but you’ve gotta be good at charging every little thing. I know some of my colleagues that quite regularly exceed because they are very good at charging every little thing that they’ve done. It’s easier if you spend time preparing a witness statement properly instead of in a rush. You’re going through expert reports because once you get them you should go through them with the client which a lot of legal reps don’t do. If you’re going through the country information, preparing the bundles, picking out the essential passages for an immigration judge. With all of that it’s quite easy to then go three times over.’ (Representative 3)

‘You will get a lot of claims that are the same. So for example, Iranian Christians. It’s only the details and the names that change. A lot of the time it’s the same claim. You would like to spend more time but you have to prioritise unfortunately.’ (Representative 1)

‘The Legal Aid Agency allows us to make claims if it is more than three times the amount, but you’ve got to justify everything and by the time you spend time justifying everything in detail, you may as well have just done another fixed fee case and made up the money on it. So I would have to say that what happens is you get some lawyers who just become factories for asylum claims. They become factories for certain nationalities of asylum claims because they could just bring it to fruition at a certain point and that will be the end of it.’ (Representative 5)

However, this strategy may lead to representatives forgoing some important work on the cases, as they cannot find a loophole through which to get paid.

‘If I’ve got an asylum appeal and I need to mention article 8, I’ll probably go three times over my five hours, but I’ll only get a fixed fee so I probably won’t spend time going to apply for article 8- even if I go three times over, I can’t include the article 8 work in the charge.’ (Representative 7)

The problem of proving merit is exacerbated in the event of a client appealing a Home Office refusal. To be granted legal aid at the appeal stage, a case must have at least a 50% chance of success, a notion explicitly stated in The Director of Legal Aid Casework and Lord Chancellor v IS3 2014] EWCA Civ 1622.

‘The threshold for legal aid at appeal is much higher, and is often applied even higher so usually they find themselves unrepresented at very short notice and so they are at a double disadvantage because they didn’t know they’d be represented so they’ve made no effort to have documents translated or get evidence.’ (Representative 4)

‘The merits test is really unfair, I mean we see so many clients have been dropped, like five days before their appeal and it’s just horrible you know. So I think how harsh the asylum system is now, kind of makes law firms act in really harsh ways as well. So I don’t think it allows the optimum amount of justice, no.’ (Representative 6)

From these interviews, it seems that, for legal representatives in Wales, the current legal aid system for asylum cases falls short of achieving access to justice. The nature of the retrospective funding, the limited hours and the merits test combine to effectively exclude many asylum seekers from legal aid in practice. The UK may following the letter of their international obligations, but not the spirit in which these obligations were made in order to provide access to justice for those seeking protection.

Our print magazine is Proof. Contributors include Michael Mansfield QC, Bob Woffinden, David Rose, Eric Allison and Ian Cobain.
Buy Proof Magazine
The latest issue (Why legal aid matters) includes Helena Kennedy QC and Martha Spurrier in conversation, David Conn on the legacy of Hillsborough - plus how to build your own law centre.
Lauren is undertaking a PhD on access to justice for asylum seekers and the role of structure and agency in asylum appeals