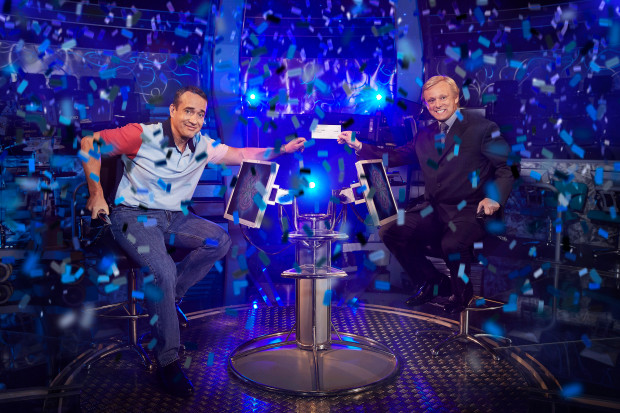 As viewers of ITV’s new drama Quiz will know the former army officer and Mensa member Charles Ingram was convicted for cheating on Who Wants To Be A Millionaire? on the strength of 19 coughs which the prosecution said indicated which answer he should give during the course of a single episode. The Bosnia veteran and his wife, Diana, together with a man the couple had never met (a college lecturer called Tecwen Whittock) were found guilty of using an elaborate coughing scheme to cheat their way to a £1m in 2001.

It so happens that the airing of Quiz (which features Matthew Macfadyen and Sian Clifford as the Ingrams and Michael Sheen as programme’s host Chris Tarrant) coincides with news of a possible appeal in what has become known as ‘the case of the coughing Major’.

‘The coughs sound like pistol shots. They are that the same audio level as Chris Tarrant’s speaking,’ says the Ingram’s solicitor Rhona Friedman who set up who set up the not-for-profit criminal law firm Commons. The lawyer is referring to the audio-recording of the show that was played to the jury (known as ‘Tape G’) which later featured in a damning documentary presented by Martin Bashir which was broadcast by ITV called Millionaire: A Major Fraud. Friedman explains: “What Charles Ingram and Chris Tarrant heard would have been very different to what the jury heard.”

Has #Quiz left you questioning the conviction of Charles & Diana #Ingram?

Is their guilt beyond reasonable doubt, or more like 50:50?

Show your support and keep up to date with their upcoming appeal here: https://t.co/TKdvVuZPOA 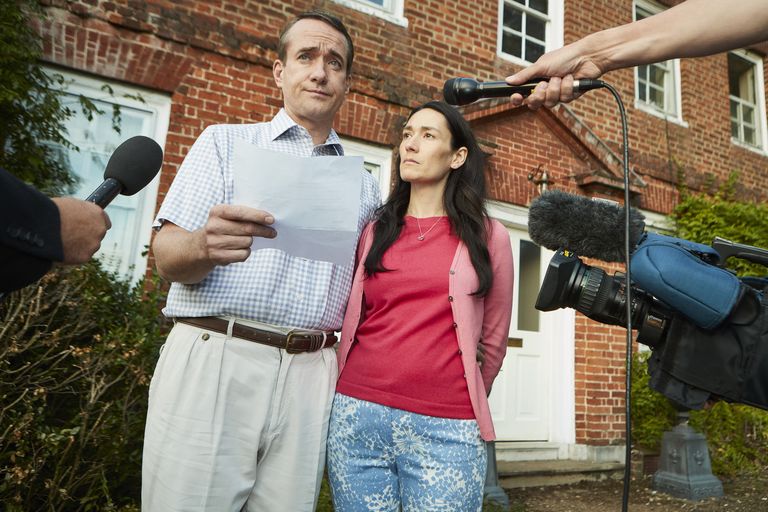 Rhona Friedman was introduced to the case by the late investigative journalist Bob Woffinden who was convinced of the couple’s innocence. The journalist co-wrote a book on the case Bad Show: the Quiz, the Cough and the Millionaire Major which inspired a stage-play.

Theatregoers were given the opportunity to take the place of the jury via electronic voting. Overwhelmingly audiences found in favour of the couple; although not Chris Tarrant who, although he told the court he had no suspicions on the night, only last weekend wrote a piece for the Daily Mail saying Ingram was guilty. It is not known how the trial judge, Judge Geoffrey Rivlin QC, who also saw the production, voted.

At the trial at Southwark Crown Court in 2003, Rivlin told the jury that when Ingram was ‘either a genuine millionaire or a fraudster’. After deliberating for nearly 14 hours, they opted for the latter and the Ingrams received an 18 month prison sentence suspended for two years and Whittock received 12 months.

It is to ITV’s credit that a drama about an attempt to defraud its most successful programme very much leaves open the possibility that Charles Ingram is actually innocent. The portrayal of the former Bosnia veteran, demonised in the press, is sympathetic. He comes across as an eccentric but likeable character. ‘Diana makes the point that the Charles 20 years ago is very different to the Charles now,’ says Friedman. ‘He has been crushed by the experience. He was an army guy and to lose that life – a career built on reputation and honour – is awful.’

Friedman insists that the media depiction of Diana as ‘a lady Macbeth character’ manipulating her husband is ‘ludicrous’. Again, Quiz’s depiction of Diana as the quizz-obsessed wife is sympathetic. ‘Charles is obsessive and can’t really concentrate on more than one thing at a time,’ Friedman says. ‘The idea that he would be able to take part in this daring feat of listening to coughs while pretending not to, answering questions, dealing with Chris Tarrant and to do all that under the studio lights with cameras pointing at him is frankly preposterous.’

For any appeal to be successful, there has to be compelling fresh evidence. According to Friedman, in this case there are developments in forensic science plus new analysis of the evidence that shows ‘lacunas in the continuity trail ’ not spotted at the trial.  The lawyer explains that the Crown gave the court an undertaking that nothing had been done to alter the content of the audio and video exhibits at trial. ‘I don’t think they should have given that assurance,’ she says. ‘I don’t think there was an any bad faith. They simply relied upon what they were told by the police and the victims in the case who were allowed to produce the forensics exhibits.’

As viewers of Quiz will have learned, the audio recording played at trial was compiled and edited by the TV production company Celador’s in-house editing team. The first episode of the drama reveals that Celador’s boss personally offers to underwrite the financial risk of a TV show premised on the possibility of a £1 million payout when pitching the idea to ITV. 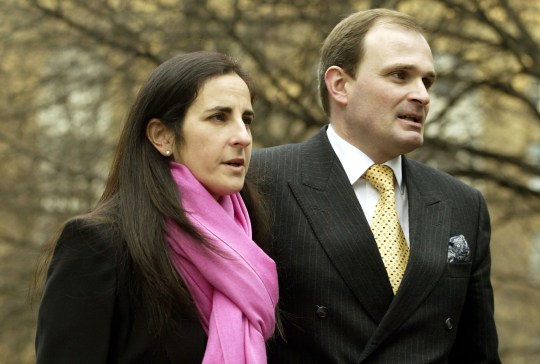 There were some 192 coughs recording during the show but only 19 were considered to be ‘significant’ at the trial (and of those one followed an incorrect option). Charles Ingram’s winning performance spanned two episodes. ‘All of the significant coughs were supposed to be on day two after Charles had bumbled his way to £4,000 on day one,’ Friedman says. ‘On one of the early questions there are no coughs at all that the prosecution said were significant. When you listen to the pattern some coughs are directly after the significant word and some are several seconds afterwards. In reality, there is no rhyme nor reason as to when coughs occur.’ The drama represented Diana coughing at a significant moment which was widely reported. ‘The prosecution abandoned that theory at trial,’ Friedman says. ‘It never had any legs.’

Then there is the couple’s alleged co-conspirator, a potential contestant only in the studio on the night because he was hoping to make it into the next round. According to the prosecution, the plot was hatched in a less than five minute conversation between him and Diana. There was never any suggestion Charles Ingram had even met Tecwen Whittock. Quiz portrays Diana, her brother and father as quiz fanatics and it was only by chance that fellow obsessive Whittock was on the same show. That he was on the show at all was only confirmed the day before. Diana said that the only reason for her phone call was to wish a fellow fan good luck.

According to the defence expert, Whittock suffered from three respiratory conditions: asthma, rhinitis and hayfever. Other contestants told the court that he had been coughing and spluttering throughout the show. Colleagues gave evidence that he was known for his annoying and persistent cough.

As Friedman says: ‘So why, in a cunning scheme to defraud ITV of £1 million, rely on somebody you had never met before, somebody who’s sitting behind you and, for the plan to work, you have to rely on this guy ace-ing all the questions. Then the one guy you chose has a persistent cough. Why?’

Bamber campaign calls on ITV to pull 'dangerous drama'
2020: Another year in the Justice Gap
Belly Mujinga: Call for inquest into death of…
'The whole of the criminal justice system dumped on Eddie'
'No closure' for family of Gordon Park as appeal…