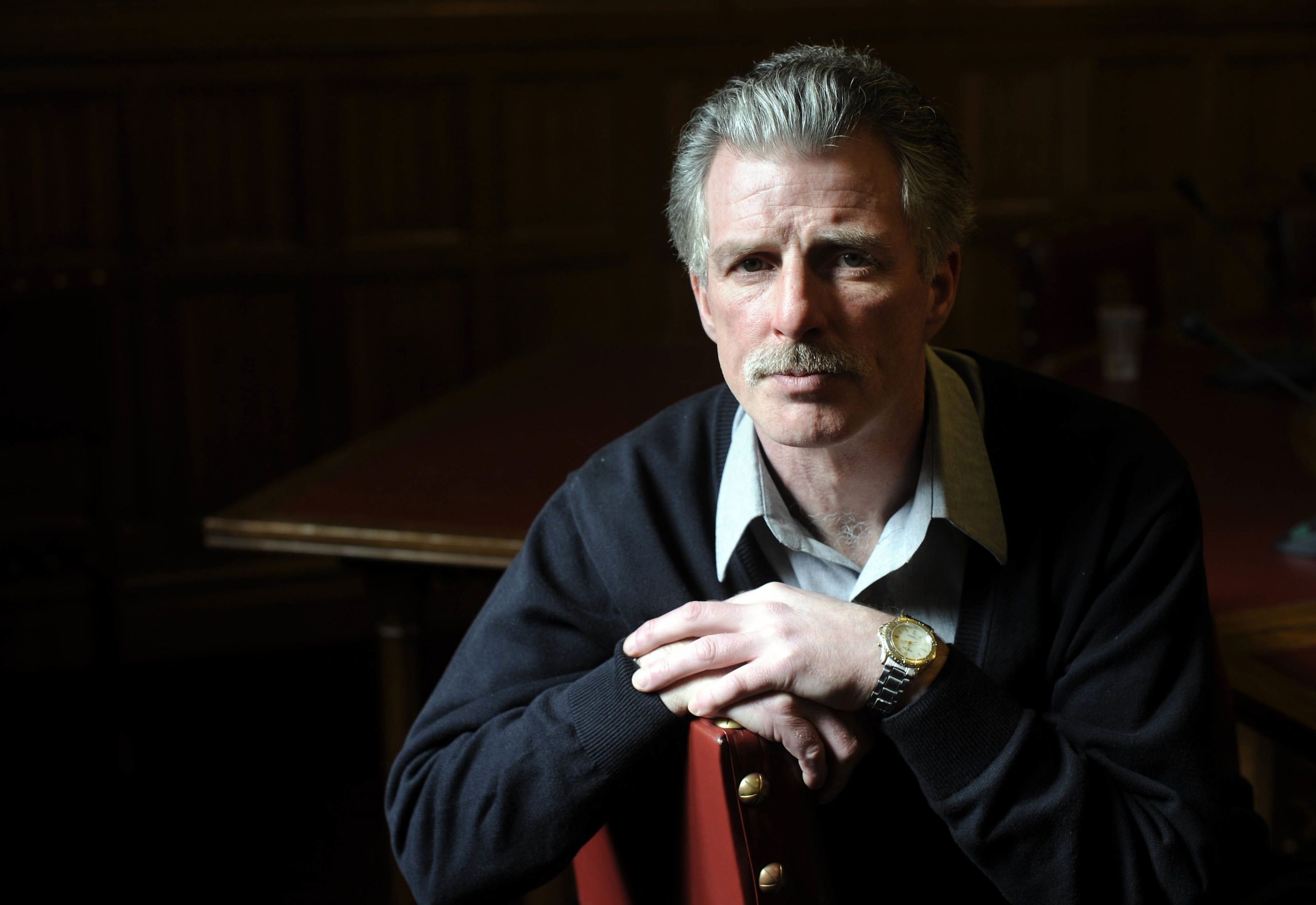 Eddie Gilfoyle’s lawyers have declared that there is ‘no hope’ of overturning the conviction and delivered a blistering attack on the miscarriage of justice watchdog.

The Criminal Cases Review Commission (CCRC) rejected an application last July – see here. Eddie Gilfoyle was jailed for life in 1993 for the murder of his eight and a half months pregnant wife, Paula who was discovered hanging by her neck in the garage at the couple’s home on the Wirral, near Liverpool. It was claimed that Gilfoyle staged her suicide and that her handwritten faked suicide notes were not genuine.

Gilfoyle’s lawyers, Birnberg Peirce argued the CCRC’s decision to reject their application was ‘fundamentally misguided’. The application, described as a ‘root and branch attack’ on every aspect of the controversial case, had been originally submitted in August 2010.

‘For many years we have worked in the forlorn hope that the CCRC was capable of getting to grips with the implications of powerful new evidence for the safety of a jury verdict,’ commented Matt Foot, Gilfoyle’s lawyer. ‘This follows a shocking original police investigation, non disclosures and misjudgments that over many years prevented the dreadful, wrongful conviction of Eddie Gilfoyle from being reversed.’

Paul Caddick, Gilfoyle’s brother in law, said that the family blamed CCRC ‘for not engaging with the case; for insisting that the evidence presented at trial was sound enough for the conviction to remain when there is nothing left of the trial evidence; for not engaging with disclosure issues; for not seeing that the new evidence would have had an impact on the jury and for letting off the police behaviour and non disclosure as bad record-keeping and such like’. ‘We are disgusted with their whole approach to this case,’ he said. ‘They have not once spoken to Eddie. To believe the conviction is safe you would have to believe that Paula was a willing victim in her own murder when there remains to this day no evidence forensic or otherwise to prove a murder had taken place.’ 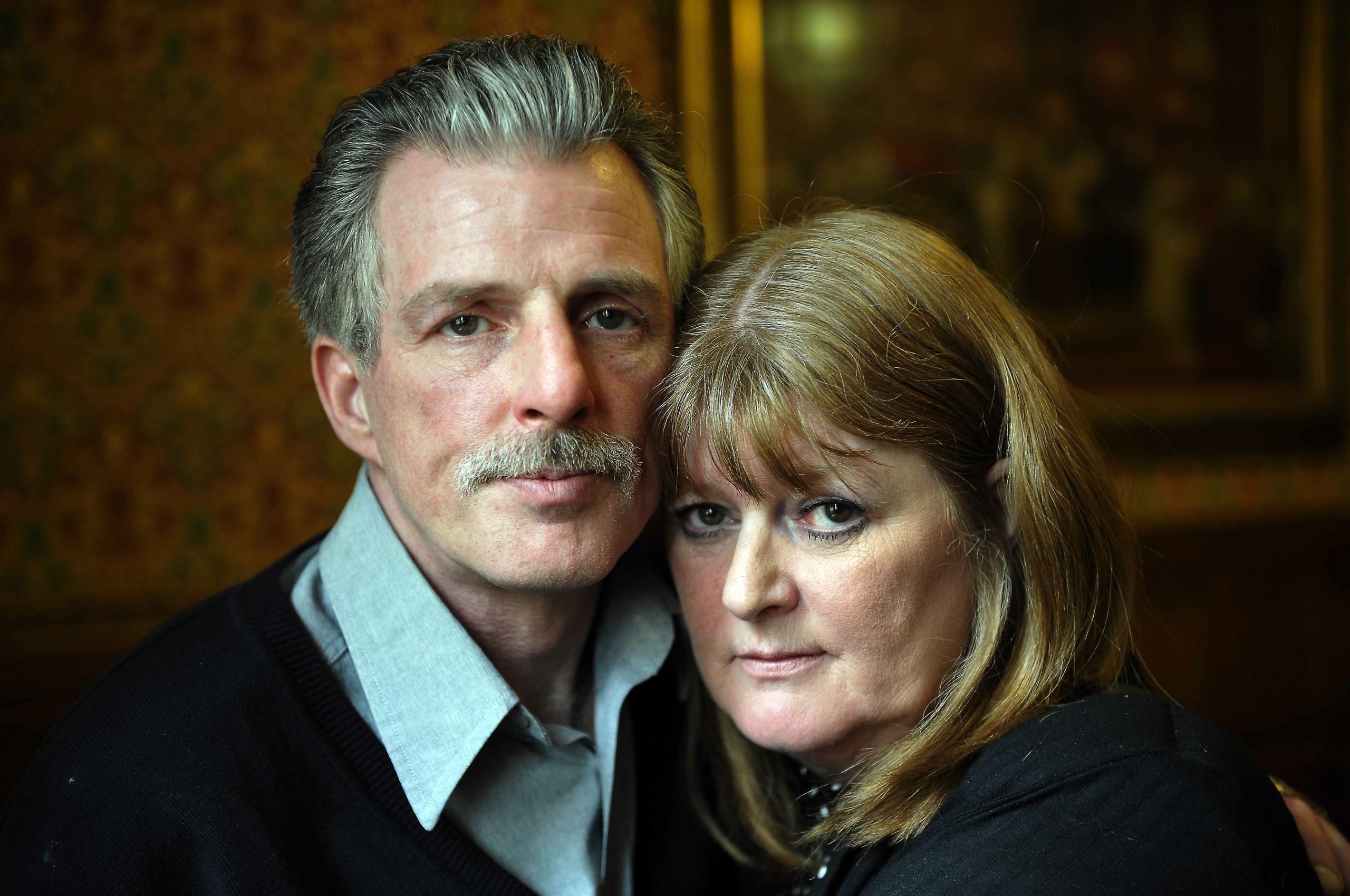 There will be a launch of a new all-party parliamentary group on miscarriages of justice at the House of Commons on Wednesday hosted by the  Labour MP Barry Sheerman which will focus on concerns over the willingness both of the Court of Appeal to correct miscarriages of justice and for the CCRC to refer cases back to the court. ‘It is a shocking case. But it isn’t a one off. There are hundreds of “Eddie Gilfoyles” – cases that don’t have the support of a national newspaper,’ commented solicitor Glyn Maddocks who has been involved in setting up the APPG. ‘We need to shine a light on a system that just isn’t working and is in urgent need of reform.’

The Gilfoyle case has been championed by the Times newspaper for the last ten years and had been seen as a critical test for the miscarriage watchdog. ‘The CCRC are clearly stuck in settled thinking that refuses to refer back cases that have previously been refused by the Court of Appeal,’ said Foot. ‘We are compelled to conclude there is no hope – no hope of establishing the truth for an innocent, wronged man and no hope of having a courageous, serious organisation capable of righting terrible historic wrongs.’

It has been 20 years since the CCRC was set up to investigate wrongful convictions in the wake of scandals like the Birmingham Six and Guildford Four. There have been two appeals in the Gilfoyle case with the second a referral from the CCRC in 2000. The watchdog has only referred two cases back to the Court of Appeal for a second time (one of those was the case of Tony Stock).

At a conference last month to mark the anniversary, it was revealed that the CCRC was now referring fewer cases in percentage terms than the Home Office did through its discredited C3 unit. In the speech by the new Lord Chief Justice, Sir Ian Burnett said that at the end C3 was receiving about 900 applications and referring about nine cases a year (1%). In the CCRC’s annual report that last year they referred just 12 cases (0.77%).

Eddie Gilfoyle always protested his innocence. His conviction attracted immediate disquiet. A fake suicide by hanging was almost completely unheard of. The original investigation which, for the first 48 hours assumed a suicide, was quickly revealed to be a disaster: the crime scene was not properly secured; no photographs were taken of Paula’s suspended body nor was her temperature taken to establish a time of death; and key evidence was lost including the rope.

A 1996 Channel 4 investigation by Trial & Error went on to cast serious doubts over the subsequent murder investigation – for example, it was revealed that a rope presented at the trial as a ‘practice noose’ was discovered in the garage two weeks after the police made their original search. The documentary ran an interview with a credible witness not called at trial who recollected speaking to Paula in the post office after the time Gilfoyle was supposed to have killed his wife.

Since then the campaign to overturn his conviction had been slowly building momentum over the long years and seemed unstoppable. His local MP, Lord David Hunt, a minister in the Thatcher government, had taken up Gilfoyle’s case in the 1990s; the assistant chief constable of Merseyside, Alison Halford called the case ‘a rank injustice’ in 2000; and a forensic psychiatrist Professor David Canter, originally a prosecution witness, switched sides and wrote a long report arguing that Paula’s suicide note was most likely genuine.

It was Prof Canter’s change of heart that persuaded the Times’ head of investigations Dominic Kennedy to look into the case in 2008. The newspaper has since highlighted what it believes to be a serious miscarriage. The paper’s leader writer and Tory peer Daniel Finkelstein went so far as to compare the case of the Falklands veteran to Alfred Drefus, the Jewish artillery captain convicted of treason in 1894 in France and sent to the Devil’s Island prison in French Guiana. ‘The tenacity with which the legal system and those responsible for the original case hold to their story and to their insistence that they were not in error is astonishing,’ wrote Finklestein in 2010. ‘Doubt it? Then read the history of the Birmingham Six or the Guildford Four… Or read the story of Eddie Gilfoyle.’ Newspaper convention dictates that murderers lose their title – they are just Gilfoyle’, not ‘Mr Gilfoyle’. In the Times’ leaders Eddie Gilfoyle is ‘Mr Gilfoyle’.

In the latest judicial review, Gilfoyle’s lawyers sought to argue that the CCRC failed to get to grips with fresh evidence that dramatically surfaced that year when the full set of Paula Gilfoyle’s personal diaries was first made available to the defence. Gilfoyle’s lawyers, Ben Emmerson QC and Anita Davies of Matrix Chambers, argued that the diaries revealed ‘a propensity from morbid obsession with murder and suicide’.

A morbid obsession
At the heart of the prosecution case at the original trial was the notion that Paula Gilfoyle had no history of depression and was excited about the imminent birth. No less than 17 witnesses who had seen her in the days running up to her death testified to her cheerful and uncomplicated joy at the prospect of motherhood.

Gilfoyle’s lawyers argued that Paula had been subjected to ‘appalling mental trauma’ as a result of an earlier relationship with a convicted murderer and rapist. Paula Gilfoyle met Mark Roberts in 1973 when she was 14 years of age and he was 17. The couple became engaged in 1974. In October that year, Roberts strangled Christine Buckley to death with his belt hours after having sex with her near the park’s toilet block. He dumped the young girl’s body in the lake.  Paula Gilfoyle stood by Roberts when he was convicted of the woman’s rape and murder.

Before that shocking event, there was an earlier suicide attempt. In fact, suicide and depression were persistent themes throughout her teenage diaries. For example, amongst the papers revealed in 2010, there was a suicide letter to her from another fiancé which used the same wording as Paula’s suicide note (‘Please don’t blame yourself’).

The CCRC reckoned that the diaries did not reveal ‘anything more than adolescent experiences’ and rejected the claim that Paula had ‘a morbid obsession’.

Eddie Gilfoyle did not give evidence at his own trial. His lawyers argued that he was incapable of giving testimony because he was suffering from a psychiatric disorder exacerbated by being denied medication during his trial. Matt Foot had obtained prison prescription charts indicating that his medication had been withheld and, it was argued, that the withdrawal compromised his ability to make an informed decision about whether to testify or not.

Finally, Gilfoyle’s legal team argued that the CCRC failed to get to grips with its contention that it would have been possible for Paula to have tied the knot in the rope from which she was found hanging unaided. The prosecution had originally argued that a heavily pregnant Paula would not been able to have pass the rope over the beam of the garage – a notion completely undermined by the 1996 Trial & Error which pointed out that a doubling up of the rope would have given it the required stiffness for it to be fed over the beam in one easy motion.

The Court of Appeal in 2000 accepted that the tie of the knot meant it was impossible for Paula to have done it single-handedly. A point attacked by Gilfoyle’s lawyers in their latest application and which the CCRC acknowledged was possible albeit unlikely.

The original rope, knot and all, had been thrown away at the post mortem.  How the knot was tied was based upon the recollection of the coroner’s officer who had originally taken control of the crime scene and who was convinced that Paula had taken her own life. The lawyers describe the CCRC’s approach to the rope as ‘marbelled through with incomprehension or illogical reasoning’.

The High Court rejected the arguments and also that the CCRC’s had been flawed in its approach. ‘It’s pretty strange to say the least for the court to spend 60 pages insisting that there is nothing in our challenge,’ Foot commented. ‘People might well think that speaks for itself.’