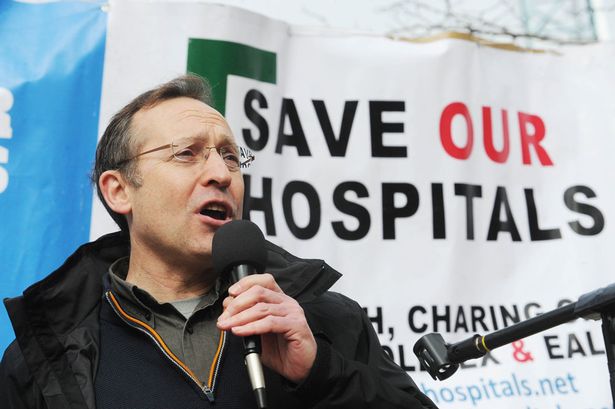 INTERVIEW: ‘I didn’t actually begin training to be a lawyer until I was about 30,’ the shadow justice minister Andy Slaughter says. ‘None of my family have been in the law.’ I met the Labour MP for Hammersmith earlier this week straight after he addressed the All Party Group on Legal aid and before the vote passing the government’s controversial judicial review reforms later in the day which Labour opposed. As we walk together from Parliament to Portcullis House, Slaughter tells me about his relatively late decision to practice at the Bar. ‘It wasn’t a natural career choice. I would say it was a genuinely positive decision about a career that seemed interesting and intellectually challenging.’

We stop to pick up a copy of the Criminal Justice and Courts Bill currently making its way through Parliament. Slaughter explains that it’s what is known as a Christmas tree: the Tories have used it to hang such unlikely decorations as ‘secure colleges’ (or ‘borstals’ in Slaughter’s combative parlance), adopted by the Coalition, he tells me, out of expedience rather than a desire to reform and rehabilitate. But the main source of the Bill’s controversy is its ‘concerted attack’ on judicial review (JR) contained in part Four. ‘It’s almost as though the instructions have gone out from the Government to the civil servants asking for as many different ways to hobble judicial review as possible,’ he adds.

JR is the mechanism by which actions of the executive can be challenged in the courts, and funding for the procedure was the next logical target for a Tory-led Government that has decimated vast swathes of the legal landscape. The Government’s legal aid cuts have suffered a steadily growing number of JR defeats at the hands of activist legal aid lawyers, most recently with a High Court ruling overturning a ban on prisoners being sent books. Last week the Mirror reported figures, uncovered by Slaughter, which showed the Government had spent £72,000 on defending the ‘ban’ in court.

Slaughter is unequivocal in his support for the Human Rights Act. ‘To most lawyers, it’s risible the way that this Government puts its case for having a British Bill of Rights at the expense of living within the European Convention of Human Rights alongside 46 other countries,’ he says.

Magna Carta, which turns 800 this year, has also been hitting the headlines. Echoing Peter Oborne’s recent scathing Telegraph article, Slaughter laments the way that the ordinary citizen is being excluded from the Magna Carta celebrations.

‘Rather than being a celebration of the liberties and rights of the individual as the whole basis of the English legal system, the Magna Carta is being overcome by a sort of corporatist agenda. Most of the guests who are invited to celebrate are bankers only there for networking and business opportunities. The other irony is of course that Grayling himself has overseen a major attack on the funding for the legal system generally, and specifically on a lot of areas that are designed to protect individual liberties and access to justice.’

But despite his much-needed commitment to legal accountability, Andy Slaughter is no stranger to the logic of austerity, having gone on record at a Justice Alliance event at Labour Party Conference in September saying that Labour will not set the clock back with respect to legal aid cuts. ‘It was rather a trite comment on my part,’ he says. ‘It hardly ever happens that an incoming government will completely undo the radical changes of the previous one. We will have to look in the round at how you achieve access to justice in 2015, which may be different from 20 years ago. It gives us the opportunity for a root-and-branch review, rather than putting sticking plasters on what the current government has done.’

Can he be more specific? ‘There are certain emergencies that the next Government will need to deal with, the situation having become worse than even the current Government intended,’ he replies. ‘Exceptional funding, victims of domestic violence, and JR, which are de minimus in financial terms, but massively important to those reliant on them. Criminal legal aid is also fundamental. Beyond that, there’s a longer project to determine what access to justice should look like going forward in welfare, housing, family, and so on. We’re not going to go back to the same degree of legal aid for private family law, for example, which raises issues about alternative means with which to replace it.’

Andy Slaughter outside the Ministry of Justice

The legal aid ‘safety net’
This shadow minister for justice is clearly a man of principle who has gained his reputation outside of the Eton-Oxbridge conveyor belt into Parliament. His anti-elitism comes across when discussion turns to the lawyers’ bete noire Chris Grayling. The incumbent Lord Chancellor has come under heavy fire for being the first non-lawyer to occupy the position in over three centuries, but Slaughter sees this criticism as the product of the kind of snobbishness that still afflicts Parliament. ‘Chris Grayling’s main flaw isn’t his lack of legal experience or qualifications, but an evident lack of interest in the legislative measures he is passing.’

The Daily Mail has long propagated the myth of the fat-cat legal aid lawyer, and I ask Slaughter if that narrative has contributed to a wider failure to win over the public when it comes to publicly-funded legal advice. ‘That’s always been around, and lawyers have never been popular figures in the tabloid press. But one thing that you have to concede is that the other legs of that stool, like the NHS, almost don’t need explanation. That’s because everyone uses the NHS almost all of the time. Not everybody uses legal aid, and certainly not all the time. Like much of the welfare state legal aid is a safety net that has intellectual support, but it doesn’t enjoy the same emotional empathy.’

Slaughter is circumspect whenever I try to take the conversation beyond his brief as shadow minister for justice, but he seems open to talking about the legacy of privatisation under Tony Blair. ‘What has developed is this reliance on a cartel of no more than half a dozen companies,’ he says. ‘We all know who they are: A4E, Serco, G4S. That creates the worst of both worlds: the appearance of competition and private sector skills, but a reality of anything from cartels right through to fraud.’

Will Labour go the way of Pasok in Greece, whose implementation of an austerity agenda in that struggling country has led to electoral ruin? Slaughter is sceptical. ‘No. These are difficult political times because they’re difficult economic times. It was childish to try to blame the Labour party for an international financial crisis. Politicians around the world had to take responsibility for allowing markets free reign. There are all sorts of anomalies that punish the poorest for the mess made primarily by bankers. Labour’s last years in Government saw them adopt a pragmatic way of attacking the deficit without ruining people’s lives.’

‘If we didn’t have such a hysterical media, there would be much more criticism of George Osborne’s managing of the economy. There are social-democratic ways of managing economies in crisis, and I think most people would feel safer with a left-of-centre government than the right-of-centre alternative.”

With Lord Ramsbotham highlighting the highest level of prison suicides in ten years, and the overcrowded, understaffed prisons and probation service stretched to breaking point, I press the MP on what Labour would do about the crisis. He remains critical of the Coalition without explicitly committing himself or his party to an alternative. ‘What’s unforgiveable is that the Government have pushed ahead with a prison closure program even for those prisons that were doing very well in terms of rehabilitation,’ he says. ‘On top of that, late 2013 saw very significant staffing cuts, which has had very obvious and predictable effects.’

One final question, what would a Labour Government do about the growing justice gap separating rich and poor in this country. ‘It’s disingenuous to pretend that we have ever come close to equal access to justice. If you have unlimited means then you are going to be able to resource yourself much better. Legal aid has always been patchy.’

‘Let’s be honest,’ he continues, ‘so we’re not setting ourselves impossible tasks. I think we’re quite good in this country at giving people rights, and we have a judiciary that is very good at upholding those rights once in court. The problem that we have to set about solving is one of access, and I think there will be different solutions. A lot of people will balk at our suggestions, because they want something near-perfect, but you can’t have a near perfect system that only a tiny number of people can operate. It is a genuine aspiration to give equal access to justice as well as equal rights. How we get there may be rather more bruising.’

Climate activists redouble efforts to 'kill the bill' ahead…
Government inquiry into judicial review 'not credible'
Scotland Yard pays out to man fathered by an undercover cop
Civil legal aid reform timetable is ‘too slow’, warns Bar…
'Denying prisoners the vote is a needlessly vindictive act'