‘America may have just witnessed an attempted coup, but Britain is being turned into a shell of a democracy’

‘America may have just witnessed an attempted coup, but Britain is being turned into a shell of a democracy’ 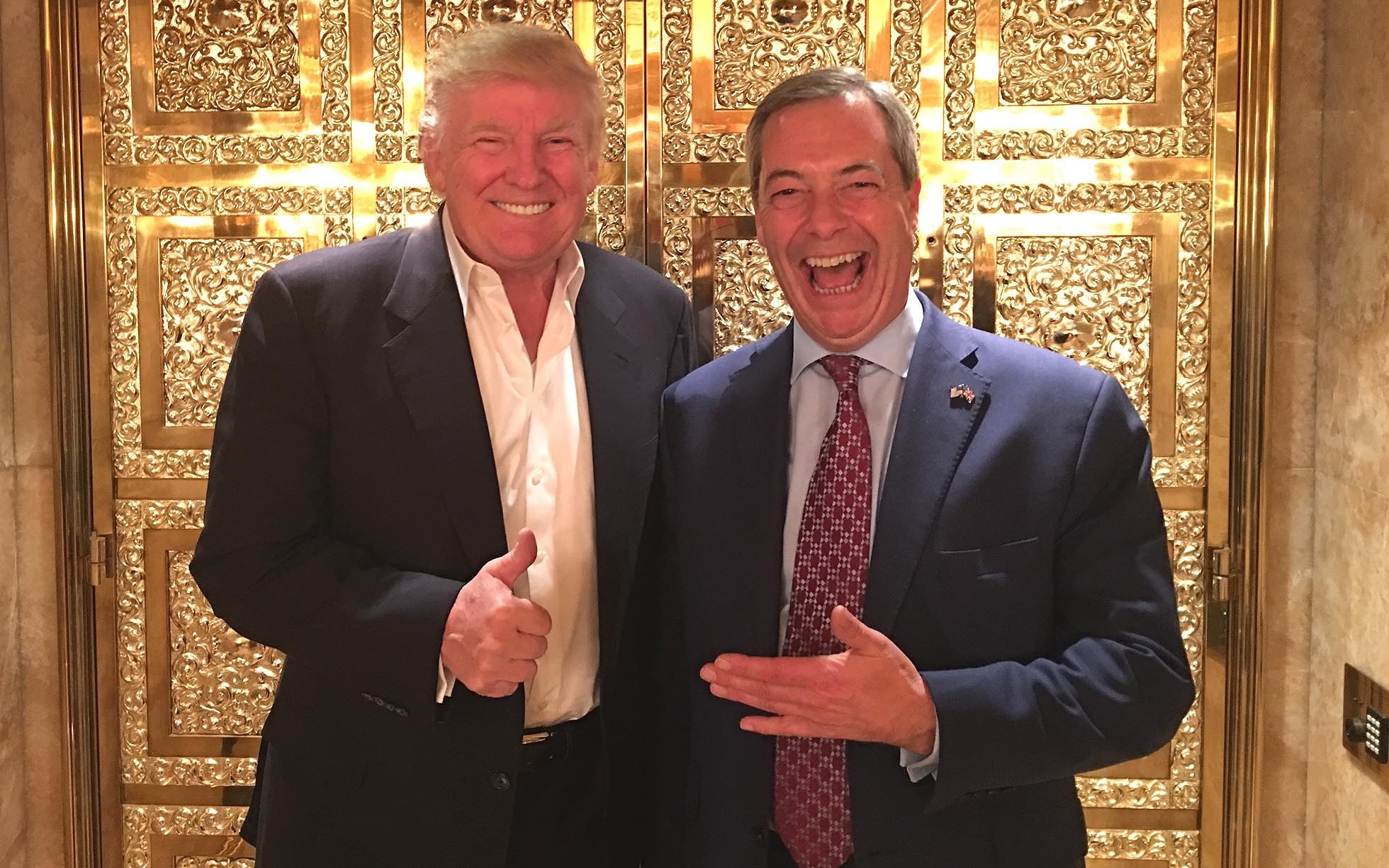 At the heart of any democracy is the right for the people to change their minds. For some right-wing UK politicians and commentators on Wednesday night, this right was conveniently forgotten, as they tried to equate the actions of the mob storming the US Capitol with the campaigners who have spent the past four years trying to reverse the United Kingdom’s decision to leave the European Union.

Such ‘analysis’ conveniently forgets that had the referendum result in 2016 gone the other way, Farage and his band of little-Englanders would have kept up their campaign until the money dried up, or they succeeded. But apart from the rank hypocrisy, this continued slavish devotion to the referendum result – and those, like Johnson, who have brought Brexit about – obscures the fact that while America may have just witnessed an attempted coup, it is Britain that is being turned into a shell of a democracy.

America benefited from the fact that Trump the politician, for all of his rhetoric and popular appeal to his base, is incompetent. His four years in office saw the would-be progenitor of a political dynasty leave a legacy that amounts to little more than a denuded landscape of norms and conventions, a people riven by faction, and a coronavirus death-toll on the way to being greater than that suffered by America in World War II.

Throughout his presidency, Trump was used as a pawn by more astute political operatives, like Mitch McConnell, the outgoing Senate Majority Leader, to achieve mainstream Republican objectives, like the bonfire of standards and regulations, the tax cut for wealthy Americans, and the packing of the federal judiciary with Republican acolytes. All of this was catnip for the Republican elite alone. The only thing keeping the Trump-supporters onside was Trump himself, with all his bombast concealing the fact he achieved nothing of substance for middle America. And as it turns out, this was not enough for America to give him four more years to transform it fully into a fascist state.

In the UK, the government is packed with ministers who once fawned over Trump. After Trump’s victory in 2016, Michael Gove, now Chancellor of the Duchy of Lancaster, was quick to depart for a fawning interview with President-Elect Trump, inevitably complete with a ludicrous thumbs-up photo, and more recently, Boris Johnson and Dominic Raab refused to condemn Trump’s allegations of fraud in the 2020 Presidential Election. It is moments like these that reveal this government’s true colours, not the comments given by Priti Patel, the Home Secretary, on Thursday morning when she condemned Trump for helping ‘fuel that violence’ and for doing ‘very little to de-escalate the situation’. Such comments are driven by expediency, not by belief.

This latter type of rhetoric will doubtless continue, with Johnson’s government needing to endear itself, at least superficially, to the Biden Administration. Yet as it does this, we should not lose sight of the fact that while the UK government may profess allegiance to the democratic norms respected by the incoming President, its actions reveal a government with a penchant for executive, rather than legislative, rule. This is obviously not to say that Boris Johnson, as prime minister, is a threat to democracy in the same way that Donald Trump was- or still is- a threat to democracy. The prospect of Johnson inciting part of the British population to armed insurrection, or having his personal attorney file lawsuits to try and keep him in office, is laughable. But these are not the only ways a democracy can be hollowed out.

Good chaps – and cronies
It could have been reasonably hoped that the demise of Trump would chasten Johnson, and force him to start the long road back to the ‘good chap’ theory of government that sustained the UK’s political constitution for so long. For anyone clinging to such hopes, the prime minister’s Honours List of New Year’s appointments to the Lords should have dashed them. Apart from the now-expected packing in of cronies, like Daniel Hannan, the former MEP and Brexit-campaigner, this round of appointments was exceptional for the fact that Johnson deliberately ignored the advice of the Lords Appointments Commission, who rejected Peter Cruddas because of ‘historic concerns’ over a cash-for-access scandal. As Lady Hayman said in a question to the Lords, this makes Johnson the ‘first prime minister to ever overturn the explicit advice of the Appointments Commission’.

Such cronyism further degrades the Lords, paving the way for the government to either abolish it, perhaps with an elected chamber that may be more sympathetic to the Conservative Party’s increasingly radical ideology, or otherwise ignore it, possibly by amending the Parliament Acts to make it even easier for the Commons to circumvent scrutiny by the upper chamber. Regardless of how, or if, Lords reform takes place, these appointments- with Johnson having now elevated 78 peers, his brother amongst them- reveal a prime minister unconcerned with the niceties of office.

Beyond the Lords, the government has not yet given up hope of bending the judiciary to its will. Two ‘independent’ reviews are now in process, with the Independent Review of Administrative Law considering the broader functioning of judicial review, and the Independent Review of the Human Rights Act. While there are figures of some weight and independence on both panels, there is little disguising what the government is hoping will come from these reviews- a report legitimising further checks on judicial authority.

In line with this, senior figures in the government have continued to stoke hostility against ‘activist lawyers’. Infamously, Priti Patel, for all her recent condemnation of Trump, attacked ‘left-wing lawyers’ for obstructing the Home Office’s pursuit of mass deportations, claiming that they are filing ‘vexatious and false claims’ to keep deportees in the country- a claim that would be more coherent if these claims were not so frequently upheld by the courts. Such attacks delegitimise foundational parts of our liberal democracy, with the government, like Trump, intentionally taking advantage of the courts’ lack of democratic accountability to paint judges and lawyers as elites conspiring against the people.

Another check on the worst instincts of the government vanished at the turn of the year, with the EU’s supervisory jurisdiction fully stripped away. The UK is now free to set its own bonfire of regulations. The government may have claimed to want to use Brexit to ‘level up’, but once more, actions belie their words. Robert Jenrick, the housing minister, embroiled himself in scandal last year when he overruled a planning decision to favour Richard Desmond, the property magnate, while the new planning proposals also suggest that the Tories are still putting the needs of developers and investors first – not the needs of communities and the environment. No longer bound by the environmental stringency of the EU, the focus of these proposals is on abolishing the sustainability assessment and streamlining environmental checks, reducing the influence of local voices and centralising decision-making. As the Law Society’s response to the consultation said, such reforms ‘risk damage to the physical environment and to the… principles of planning’. And planning is doubtless only the first of many sectors to be freed from regulations that are burdensome to corporations because of the protection they give to individuals, like the GDPR protecting data privacy, or the working time directive protecting workers’ rights .

Nor can it be said that at least the government has returned the powers that were previously granted to the EU back to Parliament. Instead, it has used the European Union (Withdrawal Agreement) Act 2020 to amass even greater executive power, with, to pick but one example, section 31 permitting ministers to change domestic law unilaterally, if the new law is required to implement terms of the agreement. Such a power elevates ministers above Parliament, with a later section even absolving ministers of the obligation to lay any regulations before Parliament prior to their coming into effect. It allows ministers to govern by decree- which is a curious way of returning sovereignty to Parliament, to say the least. Throughout the pandemic, the government has shown contempt for parliamentary scrutiny, with most coronavirus regulations coming into effect without any debate, or only being approved by Parliament after they have come into force. At the beginning of the pandemic, the exigencies of the situation perhaps justified the government rushing through regulations, struggling to keep the nation safe. But nearly nine months in, governing by decree is beginning to look like a habit this government can’t- and with the EU Act 2020, won’t- break.

All these issues can seem relatively benign. It is easy for people to see why a government might be frustrated with the courts, and why an unelected Lords should have little say in legislating, while antipathy towards the EU, legitimate or not, has long been stoked. But we should not let the dramatics of American democratic decline eclipse the fact that these threats to British democracy are just as real – if not more so – as the antics of Trump and his supporters are to America’s. In How Democracy Ends, David Runciman wrote that ‘mature western democracies need to stop looking to other states to tell them what’s coming’. Johnson is not Trump, and Trump 2.0 is not coming to the UK. That does not mean our democracy is not still under threat.