My year under the Yewtree: Paul Gambaccini’s annus horribilis

My year under the Yewtree: Paul Gambaccini’s annus horribilis 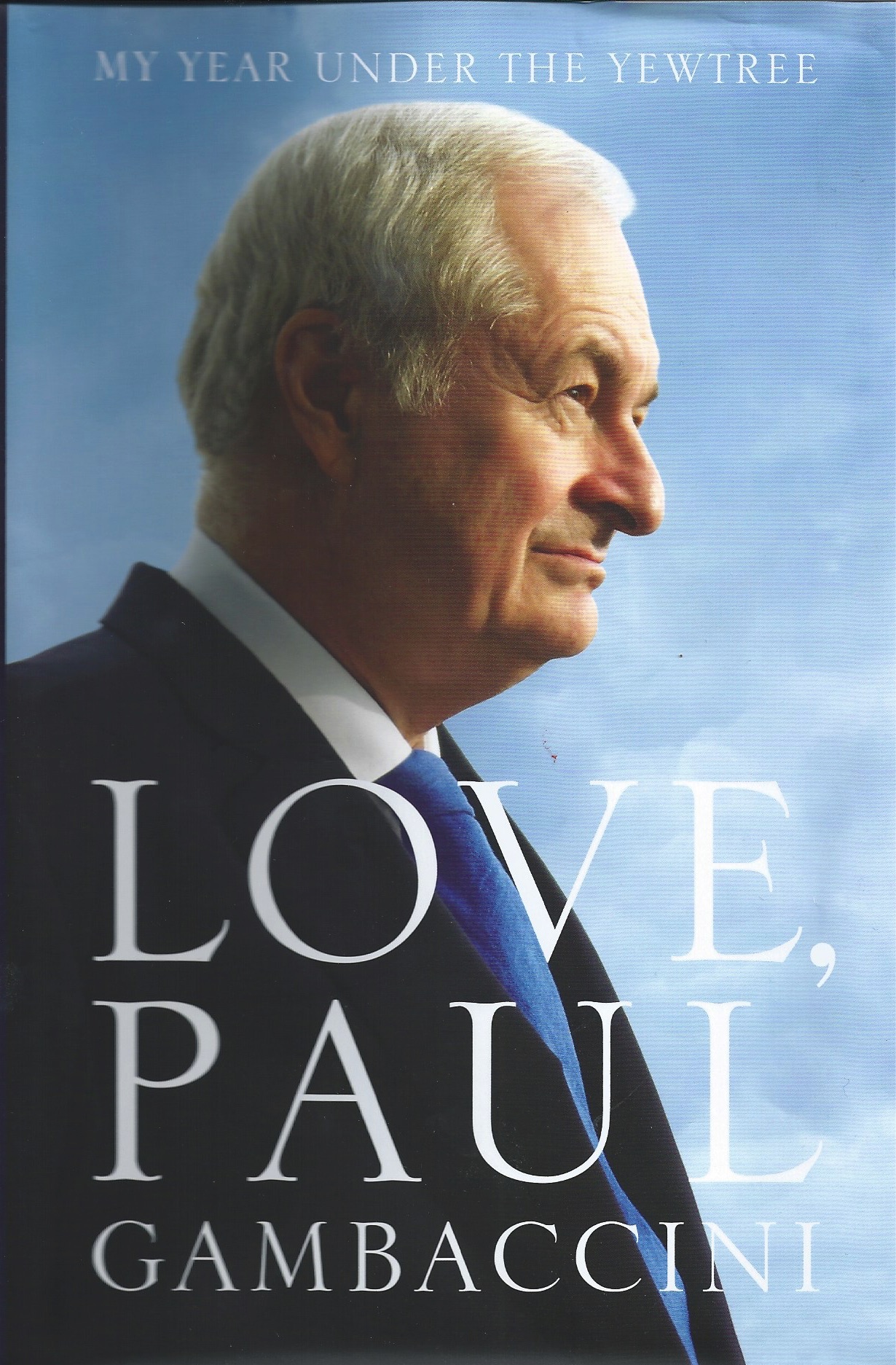 REVIEW: Paul Gambaccini had his prosperous life temporarily (nigh on a year) ruined by the Met Police when they entered his home on the 29th of October 2013. He was taken away to Charing Cross police station to be questioned on historical child abuse allegations, while a number of police officers remained to ransack his possessions.

In Paul Gambaccini: My Year under the Yewtree, Paul is furious; indeed he tells us over the course of this absorbing read that he was prone to frequent rage attacks during his year in exile – to the point that he was afraid to cross any London bridge (he livs on the South Bank) in case he was beset by one of these attacks midway across. That is angry.

Two things he is particularly angry about: while being aware of the fact the police have a difficult job in bringing offenders of historical abuse to justice, he is very angry that what purports to be British justice allows them to raid someone’s home, thereby trashing that person’s good name, on the back of an allegation/allegations that are not supported by even a scintilla of evidence.

‘Somebody complaining does not constitute evidence. [In] regard to historical sex abuse investigations, there has been a recent mutation of the British justice system from the centuries-old, internationally respected, objective, evidence-based system to a rumour-and-accusation-based system.’
Paul Gambaccini

The second thing which has made him very angry is the length of time he was kept on police bail, which amounted to the best part of a year, without reasons being offered at any point, only to be told on October 10 2014 that there would be no further action.

A living hell
Paul’s diaries from his annus horribilis take us through the stresses and strains of being a suspect of child abuse – in short, he says, it is ‘a living hell’, made bearable only by the love and support of his partner, Chris.

Even charity organisations, which Paul has supported for many years, run a proverbial mile, not wanting to be in any way associated with the stigma of child abuse. The same goes for the Labour Party. Paul will never forgive them for the way he was abandoned. Even some colleagues and friends who are convinced the allegations are spurious keep their distance. Why? Because, Paul says, ‘they are British’.

It doesn’t occur to the British to challenge the police, he claims.It may be because he is American but Paul certainly does so in this book. Indeed, he is scathing, at times spitting anger at the Met like some puff adder. At one of his interviews at a police station, an officer tells him, off the record, that, ‘we’ve been ordered to treat all allegations as true, unless proved otherwise.’

Paul calls for the ‘Great Revolution’; he says it is time to demand an answer to the biggest question of all:

‘Who is the master of this witch hunt? Who is the highly placed individual who demanded a campaign against aging celebrities and insisted all accusations, no matter how frivolous or insane, be treated as true? Who has corrupted the British justice system with his or her zealotry… and made England a laughing stock among nations in the Western world?’

Strong stuff, which reflects the general strain running through this compelling read. Paul cares nothing for pusillanimity – through his daily diary of 2013-2014, he tells us precisely what he is feeling, as days become months, and he remains under suspicion of abusing two people he knows very little about. He tells us what it is like to face the full weight of the state with its seemingly unlimited financial resources. ‘Only those who have been arrested for an allegation of child abuse can fully appreciate the horror of the experience,’ he says.

To exacerbate matters, Paul is re-bailed seven times, often the press learning of the latest re-bail before he does. One of the gripes repeatedly to come across in ‘Under the Yewtree’ is the cosy relationship between the police and the press, the former using the latter to advertise for new complainants. ‘It is as obvious as the sun rising in the east that someone in the Met lets the press know everything about me, short of my shoe size.’  Paul hisses and spits at the blanket approach adopted by the police in their quest to secure as many historical convictions as possible, thereby ensuring their generous budget is maintained. ‘This witch hunt is results driven, not based on the merits of each case’, he claims. ‘Why can’t the police investigate complaints thoroughly before arresting a suspect?’ he asks, adding as a parting shot, ‘let my accusers be clothed in disgrace, enveloped in a cloak of shame.’

This book pulls no punches and the author’s feeling are expressed in an undiluted manner, which make it one of the best reads I have had the pleasure to review. Under the Yewtree takes the present M.O. of police historical abuse investigations by the epiglottis, hurling a grenade into the whole process. This is a rumbustious, raw, roaring good read.

Simon has taught French and Latin for over 30 years. He has been a presenter for BBC Radio Suffolk and featured in Channel 4’s That’ll Teach ‘Em

Our print magazine is Proof. Contributors include Michael Mansfield QC, Bob Woffinden, David Rose, Eric Allison and Ian Cobain.
Buy Proof Magazine
The latest issue (Why legal aid matters) includes Helena Kennedy QC and Martha Spurrier in conversation, David Conn on the legacy of Hillsborough - plus how to build your own law centre.
Simon has taught French and Latin for over 30 years. He has been a presenter for BBC Radio Suffolk and featured in Channel 4’s That’ll Teach ‘Em

Abuse and corruption hotline to be launched by the Met
Lavinia Nourse: 'I desperately want the law to be changed'
Cressida Dick’s downfall demonstrates the need for a new…
Police ‘ignored’ scientific evidence in murder case of…
#RevPaul remembered: 'a fearless fighter for the poor'