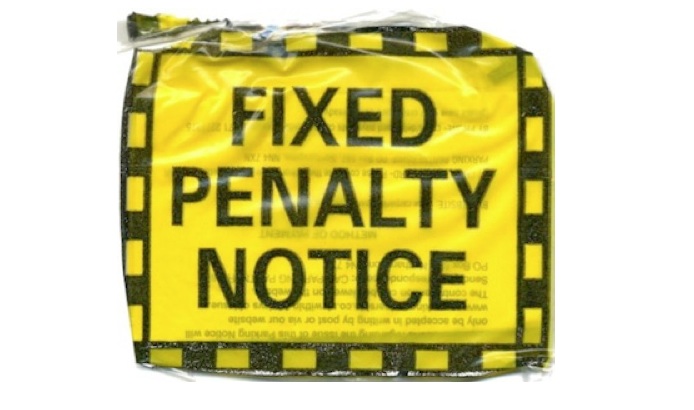 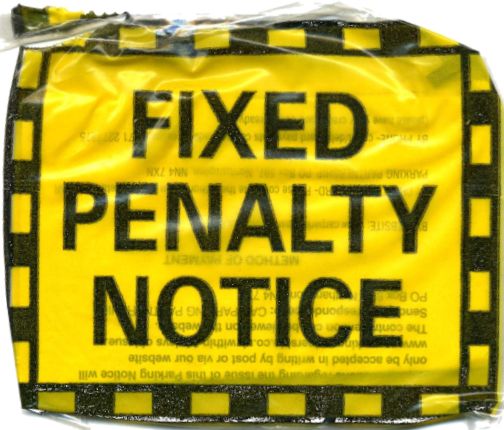 On-the-spot fines were once reserved for minor procedural issues such as parking or failing to have a train ticket, writes Josie Appleton.

Now they have become the ‘penalty of choice’ for a range of public bodies – including police forces fining people for criminal offences, schools fining children for truancy, or local authorities fining people for unlicensed leafleting or dropping a cigarette butt. As a result, in the past decade the number of on-the-spot fines issued has risen from 13,926 in 2001–2, to 226,640 in 2011–12.

There have been two significant shifts. The first is an expansion of summary justice at the expense of the court, such that a parking-ticket punishment (whether a fine, caution, or warning) is now almost as common as a summons to the local Magistrates’ Court. This has created a net-widening effect: studies suggest that between 50 and 75% of fines are for ‘new’ offences, which would not previously have been prosecuted.

The second shift is the move of fining into socio-moral areas of life, with fines for swearing, spitting or other forms of rudeness, and fines for truancy or for street drinkers. These issues would have been a matter for social service support, or institutional or community discipline – now they are also slapped with a parking ticket.

Fines are not terribly effective as a mechanism of criminal justice, which they trivialise, or of moral sanction, where the shame of disapproval is replaced with a simple fee. But spot fines do involve all the usual risks of arbitrary power, giving free rein to the whims or private interests of fining officials.

Corrupt practices and behaviour are widely tolerated. Local authorities employ private wardens on commission, who hide in bushes or follow people in their effort to meet their daily target. Some police officers were given points and bonuses for penalty notices for disorder (PNDs), which they met by fining kids for ‘throwing buns at a bus’.

For the first time in nearly 200 years, British officials are paid to fine – with the same corruption of punishment that used to exist when gamekeepers and customs officials pocketed a percentage of their penalties.

On-the-spot fines are a shady and lawless area, lying on the one hand between the formal system of criminal justice and the court trial, and on the other, between administrative penalties such as parking fines, which have their own forms of regulation and appeal. There is urgent need for reform.

There are two possible routes of reform. One would be to abolish on-the-spot fines altogether. Serious offences would be tried in a court and subject to proper interrogation, and – if found guilty – proper punishment. Moral offences would be once again subject to moral and community sanction. Individuals who committed non-crimes – such as ‘unlicensed leafleting’ or walking your dog in the wrong area – would be left alone.

The second possible route would be to turn PNDs and fixed penalty notices into a proper administrative penalty system, like parking fines, which is governed by guidance and provides opportunities to appeal in independent tribunals. If this were the case, on-the-spot fines would be subject to checks and forms of appeal, but separated from the criminal justice system, and so not registered on the police national computer as they are at present.

Semi-crime
There is a lie at the heart of on-the-spot fines, which is that the fine is an ‘opportunity to discharge your liability for an offence’. People are told that it is ‘not a conviction’ and ‘not an admission of guilt’, and yet it is sort of assumed that you did it, because otherwise what would you have to discharge liability for? This is the grey world of semi-crime, semi-criminals, semi-penalties, governed by the whim or say-so of individual officials. Such arbitrary power means erratic and self-interested behaviour, which ultimately weakens justice and brings law enforcement into disrepute.

This grey area has no place in a society based on the rule of law. The cowboy realm of on-the-spot fines urgently needs to be civilised and subject to the checks and balances that should pertain to the use of state power.

2 responses to “Pavement justice: On-the-spot fines & the rule of law”

Truancy should be a 'child welfare issue', say researchers
MPs and peers call for every Covid fine issued under…
Coronavirus 'lockdown' undermined by over-zealous policing
COVID-19: Do civil liberties matter in a public…
Thousands of women pointlessly arrested every year, say MPs