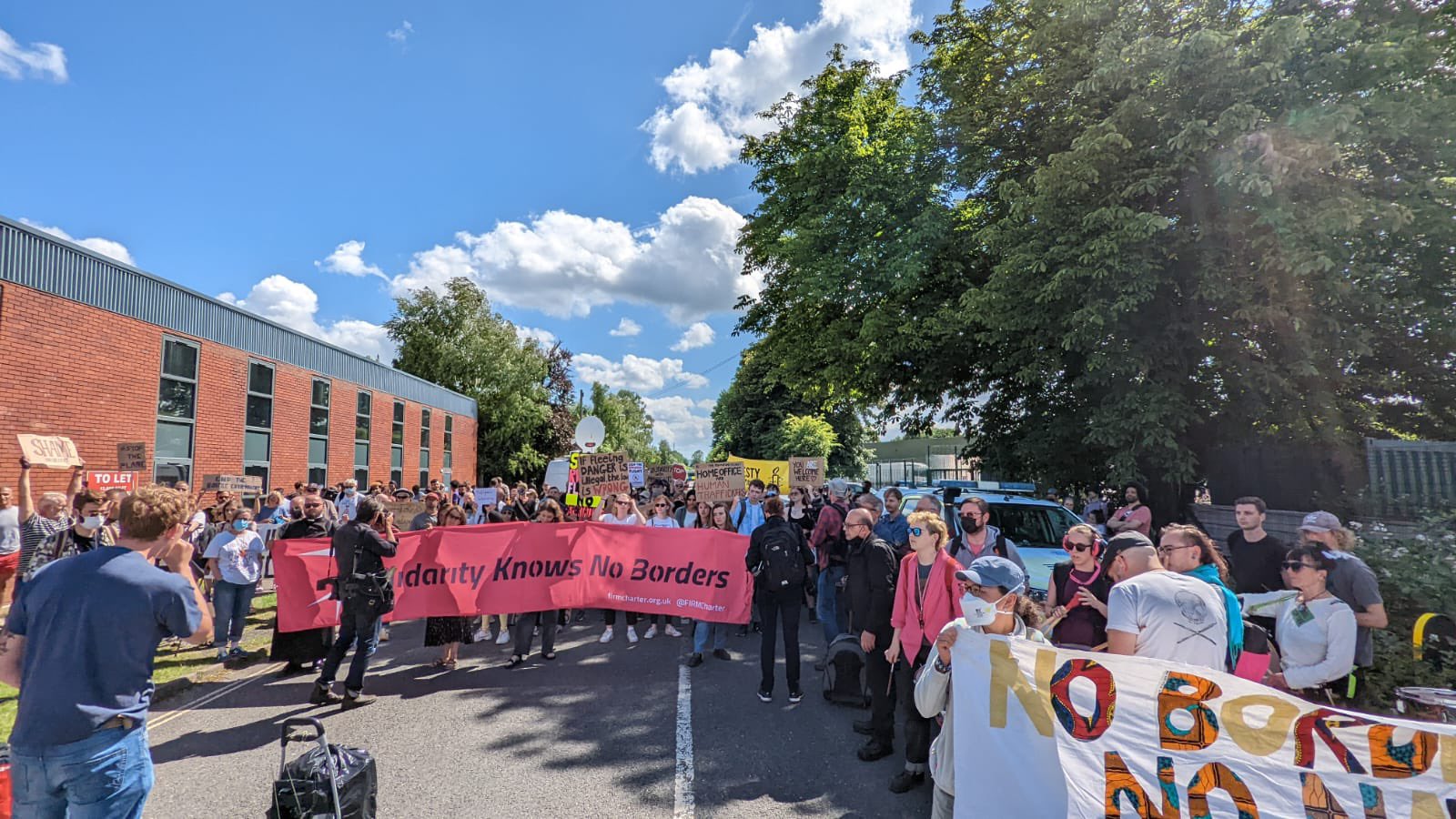 The Court of Appeal yesterday rejected an attempt to halt the first flight removing asylum seekers to Rwanda and concluded that it was in the ‘public interest’ for the government to carry out its controversial policy. The case was brought by Public and Commercial Services Union (PCS), Care4Calais and Detention Action, with the UN High Commissioner for Refugees (UNHCR) acting as an intervener.

🚨BREAKING🚨 Court of Appeal has rejected our appeal, meaning an injunction won’t be issued and tomorrow night the Home Secretary can force people seeking asylum on to a plane to #Rwanda. We are disappointed but our larger legal challenge against the policy will be heard in July.

Both cases were refused meaning the flight scheduled to Rwanda tonight is set to go ahead as planned. The full hearing that will question the legality of the Rwandan plan will be in July.

As many as 130 people were told they would be on the Rwanda flight – that number had dwindled to 31 people confirmed for the flight last week to just seven last night as a result of individual challenges with Home Office sources reporting that there was a ‘real prospect’ of the number falling to zero. ‘We’ll have to fight every single case individually,’ said Care4Calais founder Claire Mosely. ‘We’re very hopeful all of them will be removed from the flight list by tomorrow.’

Raza Husain QC, acting for the campaigners in the Court of Appeal, argued that the High Court’s decision on Friday contained errors of principle or was ‘plainly wrong’. Husain argued that the evidence provided by the UNHCR gives sufficient reason to inquire about the poor conditions and the management of the asylum system in Rwanda.

He stated that, in April, UNHCR flagged three cases to the Secretary of State of asylum seekers who would been transferred from Rwanda to a country where they were liable to persecution (known as refoulement). He argued that the Secretary of State ‘appears to have both ignored and subsequently failed to disclose the information’.

Laura Dubinsky QC, acting for UNHCR, stated that the Supreme Court had described the High Commissioner’s office as having ‘matchless experience and expertise’, however the judge in the High Court on Friday dismissed their evidence without thorough consideration.

Rory Dunlop QC, acting for the Secretary of State, stated that the Rwanda-UK partnership involves Rwanda accepting individuals put forward by the UK. The court had heard that in-line with the deal, there was a ‘monitoring committee’ that was going to be set up, however despite the imminence of a removal flight to Rwanda, this committee has yet to be set up.

The Court of Appeal panel, led by Lord Justice Singh (Singh LJ) stated that the judge that the High Court on Friday ‘directed himself correctly as to the relevant principles on the grant of interim relief, both generally and in public law cases of this kind. He did not err in principle.’ ‘He reached a conclusion which he was reasonably entitled to reach on the material before him.’ Singh LJ concluded that the Court of Appeal cannot interfere with the High Court’s conclusion and dismissed the appeal.