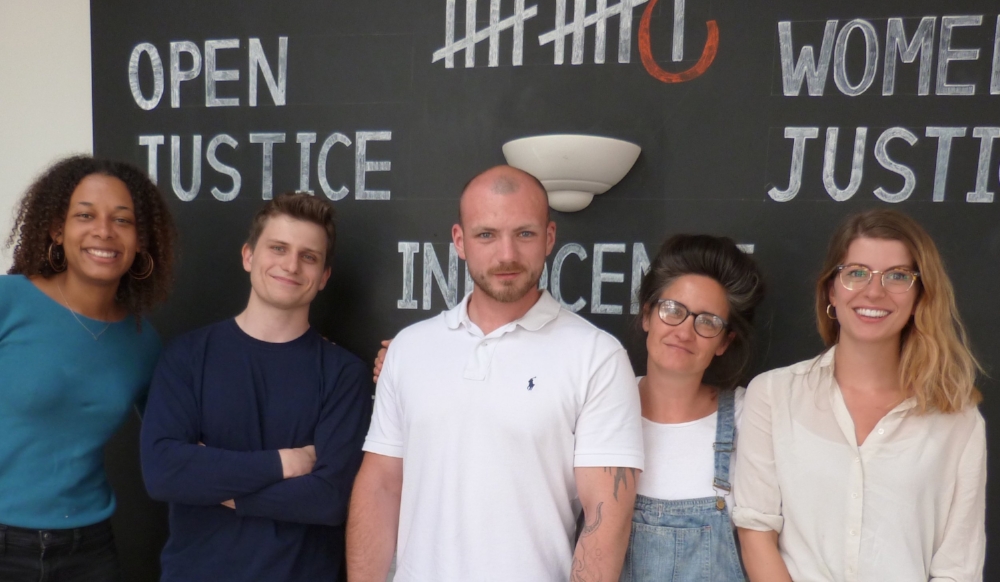 Back when I worked in  New Orleans, when someone we represented was getting released, there was a feeling of ‘job done’. We had battled the system, dug deep into its entrails and pulled out the evidence that showed that a mistake had been made, and that mistake had been acknowledged. It is the moment that every law student dreams of before the waters of commercial practice close over their heads: walking a vindicated prisoner out through the gate and into the arms of their family.

On 27 March 2018, I was on my way to greet a prisoner as he walked through the gates. But I wasn’t in Louisiana anymore and although this prisoner was innocent, he was not yet vindicated.

Scott Birtwistle served six years and nine months for a crime he did not commit. He is the youngest member of the Freshwater Five, four fishermen and a scaffolder wrongly convicted of using a fishing boat to smuggle drugs into the UK. We have been trying for four years to persuade the powers that be that Scott’s conviction is wrongful, but have so far been unable to. This is because our requests for information held by the police that we believe will prove what Scott is saying are dismissed as a ‘fishing expedition’. Ironically, exactly what we are trying to prove: that the men were on a fishing expedition for crabs, not cocaine.

In New Orleans we might be racing to find the evidence before the executioner had his date with the prisoner – here  at the Centre we are racing a daughter’s graduation date or the birth of a grandchild or the closing days of a wife’s terminal illness, or a hunger striking prisoner’s organ failure.

Scott went to prison too young to have a wife, a daughter or a grandchild. Probation won’t let him go back to fishing as it may ‘increase his risk of re-offending’ but have encouraged him to take a painting and decorating course. Presumably because its so easy for a stranger to get work inside people’s homes with a prison record.

So we are  waiting with Scott’s family outside HMP Rochester for a first glimpse of the newly freed man, and to apologise that we haven’t secured his release before he earned it by good behaviour.

Scott’s mum Sharon specially ordered some bunting emblazoned with the words ‘Free At Last’. She has pink letter stickers on her jumper spelling out his name. She also has a glitter bomb. We are lurking by the prison gates in a driving, freezing rain. Every guard that passes tells Sharon that it will be ages yet and she should wait in the warmth of the car. It’s not happening. Her son was taken from her at the age of 19, and today she gets him back. The door of the prison building that she thinks he will emerge from is obscured by the construction of the outer gate, which has a strip of steel running horizontally at eye height, but mesh below and above. You can just about see the door through the mesh if you crouch or stand on tiptoe.

Sharon is bobbing up and down with the vigilance of meerkat. Her beautiful bunting has become saturated and the string has become tangled. We all get involved in trying to untangle it with freezing fingers as the wet paper triangles come apart in our hands. ‘It will be another hour or two love,’ says another guard arriving for shift. Sharon smiles ruefully at him, her hair stuck to her cheeks in the rain, but sticks to her post.

Minutes later Scott comes through the gate clutching a garbage bag full of his belongings and Sharon detonates the glitter bomb. The wind plasters her face with glitter as effectively as a spray tan, and Scott is left relatively unscathed – until she hugs him, that is. His first words of freedom, though somewhat alliterative, cannot be printed.

With his arms around his mum and sister and dad, and half throttled with wet bunting, Scott is smiling the most beautiful smile I have ever seen. I deliver our apology and get smeared with a benediction of glitter and told that it is not over.

Scott’s imprisonment may have ended, but the system still considers him a guilty man. He is a fisherman who has been told he is not allowed to go on fishing expeditions. We have that in common. He is right.

It is not over.

To watch an exclusive interview with Scott on the the BBC’s Victoria Derbyshire programme, click here.

Emily is founder of the Centre for Criminal Appeals which was set up to address the shortfall in access to justice for wrongfully convicted prisoners in England and Wales. In 2000, Emily established Innocence Project New Orleans, a non-profit law office providing legal representation to the wrongfully convicted. IPNO has so far freed 25 innocent prisoners

Our print magazine is Proof. Contributors include Michael Mansfield QC, Bob Woffinden, David Rose, Eric Allison and Ian Cobain.
Buy Proof Magazine
The latest issue (Why legal aid matters) includes Helena Kennedy QC and Martha Spurrier in conversation, David Conn on the legacy of Hillsborough - plus how to build your own law centre.
Emily is founder of the Centre for Criminal Appeals which was set up to address the shortfall in access to justice for wrongfully convicted prisoners in England and Wales. In 2000, Emily established Innocence Project New Orleans, a non-profit law office providing legal representation to the wrongfully convicted. IPNO has so far freed 25 innocent prisoners

Freshwater Five: Court of Appeal told drug smuggling…
Two-thirds of prisoners from HMP Winchester of ‘no…
Calls to release low risk prisoners to ease pressure…
'Life to mean life' for child killers under…
Symptomatic prisoners at Wandsworth locked in cells…