‘Our prison system is in crisis. Now, what are we going to do about it?’

‘Our prison system is in crisis. Now, what are we going to do about it?’

With David Cameron’s speech on the crisis in our prisons, it seems that the culture of denial that engulfed the Ministry of Justice (MoJ) in the era of Chris Grayling may finally be over. However, like so much else across our dysfunctional criminal justice system, there is likely to be a wide gap between what the Prime Minister is advocating and the reality in prisons.

That conditions have deteriorated very significantly in jails in England, Wales and Northern Ireland is now beyond question. When I recently interviewed Nick Hardwick, HM Chief Inspector of Prisons, as he prepared to leave his post, he pulled no punches.

‘My time as Chief Inspector has coincided with a deterioration in safety and conditions in prison and that is shown both by our inspection findings, but also by the data that NOMS [National Offender Management Service] and the Prison Service itself publishes, including the very concerning figures just published.’
Nick Hardwick 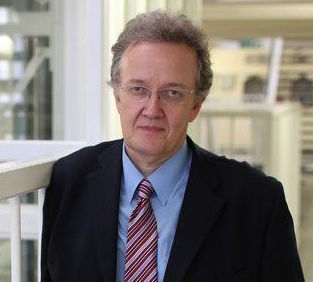 Nick Hardwick, stepping down as HM Inspector of Prisons

Hardwick was referring to the latest set of statistics concerning violence, self-harm and suicide in prisons. These make very grim reading. Recorded serious assaults have doubled since 2012, reaching 18,874 in 2015 (and that was only up to September), an increase of 19%. Of these incidents, 2,606 were defined as ‘serious’ – that is, requiring medical intervention. What is even more troubling is that the data reveals a 30 percent increase in serious violence.

In fact, there is no glimmer of light to be had from these statistics. Suicide, self-harm and suspected homicides had all risen across the board, with 89 suicides (up from 61 in 2012) and eight further prisoners having been killed in prison during 2015. It was the worst year for violent deaths since 1978. Meanwhile, there were also 23,291 recorded cases of self-harm between January and September last year, an increase of 29 percent.

So why does Hardwick think so much blood is being shed on our prison wings? His assessment is that, at present, ‘there are too many prisoners and not enough staff’. As he observes, this impacts on pretty much everything a prison is tasked with delivering, from ‘rehabilitation to more education, to keeping prisoners safer to dealing with extremism’.

The Chief Inspector also highlights the ease with which drugs – especially so-called ‘legal highs’ (or New Psychoactive Substances) – can be obtained by prisoners across the prison system. ‘It’s important not to be under any doubt whatever about the havoc NPS and other drugs cause,’ he says. ‘You have people pushing them and the debt that is created as a result of the drugs trade in prison leads to violence, it leads to people feeling very insecure, self-harming and so on. There is a direct link between drug availability and violence.’

Out of sight
During the Grayling-era the MoJ projected an image of aloof disinterest in any criticism of penal affairs. One British journalist famously remarked that it was easier to report on conditions in Vladimir Putin’s prisons, than it was to get access to establishments in the UK. It seemed that an information lock-down had been imposed from the very top, with the media, academic researchers and prison reformers all left standing outside the high walls.

Moreover, there was also what amounted to a state of denial of the escalating crisis despite the mounting evidence. A particular low-point was the MoJ reaction to the prison mutiny at HMP High Down in Surrey in October 2013. Eleven prisoners protested against deteriorating conditions and the restrictive regime by barricading themselves into one cell. All 11 were subsequently charged with prison mutiny, a serious offence that can carry a maximum penalty of 10 years on top of any existing sentence.

The stakes were high for the MoJ which was determined to make an example of prisoners who protested against poor conditions, lest it set off a domino effect of ‘concerted indiscipline’ across the prison estate. As was often the case with Grayling’s plans, however, just about everything possible went wrong.

Matters weren’t helped by the prosecution barrister helpfully stripping down the Ministry’s New Ways of Working prisons policy to its bare bones: ‘The purpose was to make High Down prison more efficient from a government perspective, a significant reduction in the number of staff and a more restrictive regime for prisoners. There were fewer staff to carry out day-to-day activities. Staff shortages and a revised timetable led to changes in the core daily timetable and meant prisoners were locked up for longer periods during the day.’

Even the Governor of High Down, Ian Bickers, told the jury in his evidence that: ‘Prison governors to some degree have less discretion about what they can do and when. They follow a standard process and every prison is benchmarked against another. The core day is 7.30am to 7.30pm. Less prisoners are actively involved in work or education and they spend more time locked up.’

By the time the jury had heard all the evidence about dysfunctional regimes and deteriorating conditions in the prison, the prosecution case had become a train wreck for the MoJ. All 11 alleged mutineers were acquitted. However, the Ministry remained robustly in denial that there was a serious crisis engulfing the prison system, a situation that only started changing after May’s general election when Michael Gove replaced Grayling.

Hardwick acknowledges that there has been a significant shift in tone since the change of political leadership at the MoJ headquarters in London’s Petty France. ‘I think a lot of the things Michael Gove is talking about are absolutely right: more autonomy for governors; better focus on education; focus on decent conditions and looking at the juvenile estate. On one level it does feel like a new era. You listen sometimes to what he is saying and you think crikey!’

However, he also cautions that there remains a gap between the aspiration to bring about prison reforms and the reality on the wings. ‘Now turning that into reality: that’s the big challenge to come, but the rhetoric matters. The tone at leadership level does filter through to what’s happening on the ground in prisons.’

Although there has been a cautious welcome to much of what the current Secretary of State for Justice has been saying – particularly in respect of the urgent need to place education at the heart of rehabilitation – in reality little has changed on the ground, despite a few quick wins, such as abandoning hated Grayling-era policies such as banning prisoners’ families, friends and distance learning providers sending books to prisoners by post.

As the latest MoJ statistics show, violence, suicides and self-harm continue to rise and although there has recently been a marginal reduction in the overall prison population in England and Wales, at 85,634 (as of 5 February 2016) this is still 354 more people than were in custody at this time last year. It is this prison overcrowding that – together with a substantial reduction in the overall number of prison staff – that lies at the root of many of the Prison Service’s operational challenges.

Revolving doors
As Hardwick observes: ‘What overcrowding means also is that prisons don’t have the activities places, the number of telephones on the landings, space in the showers, offender supervisors. It’s more than just physical space. It means that the resources for the population are not adequate to meet their needs.’

There is a widening consensus that there are far too many people in prison, particularly non-violent offenders, the elderly and those living with mental health problems, reducing the custodial population will require a refocusing on sentencing policies and guidelines, particularly in the magistrates courts where most very short prison sentences are currently imposed. It is here that the notorious ‘revolving door’ of repeat petty offenders going in and out of custody for a few weeks or months at a time mostly occurs.

Although keeping minor offenders out of jail is almost always more cost-effective than imprisonment at an average cost per place of around £36,200, often their complex needs – including drug and alcohol dependencies, as well as a lack of accommodation – requires an active support network that is all too often underfunded or entirely missing. Without appropriate resourcing, community penalties and supervision are not a simple panacea for reducing reoffending.

It is, essentially, an existential question about the purpose and function of custodial sentences. Are these handed down by the courts primarily to punish, or to initiate a process of rehabilitation? Is imprisonment really about human warehousing and temporary public protection, or should it focus on reducing reoffending and working towards achievable resettlement goals?

Addressing these complex issues will require far more profound changes that are currently being proposed by either David Cameron or Michael Gove. No amount of new league tables or devolution of local powers and budgets to individual governors will succeed unless the current critical mismatch between prison populations and resources (especially frontline staffing and mental healthcare) is rebalanced as a matter of urgency.

What does seem clear is that at least more people are talking about our criminal justice system, from the prime minister to #prisons trending on Twitter. It’s out in the open after years of official denial. Our prison system is in deep crisis. Now, what are we going to do about it?

3 responses to “‘Our prison system is in crisis. Now, what are we going to do about it?’”