Why lawyers are complicit in an unjust system 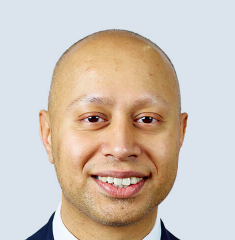 Why lawyers are complicit in an unjust system

Aarif Abraham makes the case for a radical defence of the justice system, fully funded and free at the point of delivery to those who need it.

Let me begin with the radical conclusion. Lawyers are morally, professionally and practically complicit in the perpetuation of injustice in England and Wales.

You will likely find significant popular sentiment that wholeheartedly agrees with any criticism of lawyers. Here, however, is the major premise. It is because they represent the marginalised, dispossessed, and disenfranchised for relatively low pay or for no pay at all.

Come again? In 2012, the Lib-Dem-Conservative Coalition Government removed all legal aid (save for some exceptional cases) from welfare benefit, employment, debt, housing, education, non-asylum immigration, inquests, and actions against public authorities cases among others.

That was compounded by the closure of over half of the not-for-profit legal advice services in England and Wales from 94 centres in 2013 to 47 in 2019, due to cuts in government funding. Furthermore, since 2010, 295 courts have been closed making physical access to courts difficult for many people; a rapid extension of a process began by the Labour government in 1997.

Despite the drastic dismantling of these key pillars of our justice system, lawyers continue to represent clients in many of these areas, either at a reduced rate or for no money at all. During the 2019 election campaign, only two major parties suggested any reform of the devastating cuts of the past decade in their manifestos: Labour promised an extensive set of pledges including full restoration of legal aid whilst the Lib Dems have committed a return of £500 million ‘to restore legal aid’. (Plaid Cymru, incidentally, have also promised to ‘reverse legal aid cuts’).

The idea of paying lawyers a decent fee, commensurate with their efforts, is likely to garner little public sympathy. The ‘fat cat’ and the lawyer are often synonymous. Yet, beyond the cliched characterisation of the lawyer, there is a whole class of lawyers doing public interest work (civil and criminal) that daily defends individuals’ rights for well-below the market-rate and sometimes for absolutely no money at all.

The moral hazard of this is plain: why would the government be willing to pay fairly when there are lawyers that will do it for free or for very little?

If as an individual you have no income, then in areas where legal aid has been removed there would be no lawyer available unless they are willing to work for free. If you are on an average income or low income (circa £12,475) then means testing would result in you unlikely having access to a decent lawyer, paid for by the state, in your time of serious need (despite paying a myriad of taxes). If you do have a lawyer, and are either in one of the two categories above, it is probably because that lawyer likely feels that you and your rights are worth upholding regardless of your money, your power or your status.

The popular depiction of lawyers, by contrast, is unmistakable; sharp suited, silver tongued, slicked-back hair (whilst you have it). They slip effortlessly, with little preparation, into a wood-panelled courtroom; leather tome in-hand to fight the good fight. They are aloof, of course, to consideration of pay, dismissive of their clients’ concerns and paradoxically ambiguous as to ethics or morals.

If you happen to be a corporate/commercial solicitor or barrister in the City of London some of that may ring true; a partner can command £800 to £1,000 per hour for their time; even a trainee solicitor can be justifiably charge £300 to £450 per hour. In general, high-street practices averaging around £150 to £200 per hour (per lawyer) are a mark of commercial viability. If you are at the perceived top of the pyramid you may even be able to dabble in government efforts to increase pro bono work; representing the least well-off for no money; sometimes in an area of law you know little to nothing about.

The demand and supply financial incentives for most privately paying work is obvious. A pays B for a service which has a measurable financial payoff for A, if successful. That is unlike most publicly funded work where the ultimate beneficiary cannot pay. What if you are incapacitated and unable to work, for instance, and your welfare/disability benefits have been wrongly withdrawn? A third party must pay on their behalf for an outcome that tends to benefit society at large.

Benefits to society of public funded work are plain and costs saved even plainer. For instance, the acquittal of an innocent defendant which prevents long-term incarceration; the prevention of someone becoming homeless; stopping someone wrongfully being sectioned under mental health law; children prevented from being taken into social care as a consequence of the latter. Any economist will tell you that externalities of goods/services or the provision of public goods can be costed. If you cost up the public benefit accrued for publicly funded legal work then the debt that society owes may shock us all. The problem is who pays?

The government has ‘saved’ some £950m a year reduction in funding for legal aid since April 2013. The objective evidence that demonstrates this ‘saving’ to, in fact, be a cost is absolutely unequivocal.

The cuts to the justice system are having systemic/long-terms effects – societal effects that would appear very much intended but costs which are not:

The Law Society and Bar Council, have suggested reforms to give people meaningful access to the justice system; both have made a number of suggestions for the new government.

More radical action, however, is likely required and short of the prohibition of ‘bringing the profession into disrepute’ (though the government appears to have achieved that single-handedly) barristers and solicitors are not short of creative options:

Lawyers at a macro level can be criticised for helping perpetuate an unfair and unjust system yet why they do so is plainly obvious. Without representation, a lay individual, in dire need, is simply unable to represent their own best interests in a complicated/specialised court system with complex and intricate laws, rules, and procedures. Publicly funded, or more accurately, public interest lawyers do what they do because it makes a massive difference in an individual case – it should not but it does in our unequal, unfair and unjust society. It behoves us to think what would happen if they stopped.

I am reminded of an old Eastern proverb that ‘the law is a fortress on a hill that armies cannot take nor floods wash away.’ It is undeniable that we ourselves are the masters of our own fate; no external agency (the EU, Council of Europe, UN, or anyone else) can deprive us of our commitment to ourselves whether they relate to rights or obligations. We alone are responsible for when the rule of law breaks down but just the same, the law will not be justice until we make it so.

Aarif Abraham is a Barrister specialising in international human rights law at Garden Court North Chambers. Views expressed are his own.

Our print magazine is Proof. Contributors include Michael Mansfield QC, Bob Woffinden, David Rose, Eric Allison and Ian Cobain.
Buy Proof Magazine
The latest issue (Why legal aid matters) includes Helena Kennedy QC and Martha Spurrier in conversation, David Conn on the legacy of Hillsborough - plus how to build your own law centre.
Aarif Abraham is a Barrister specialising in international human rights law at Garden Court North Chambers. Views expressed are his own.

Criminal justice system ‘hollowed out’ as lawyers…
Is Britain in a constitutional crisis and, if so, is…
Young legal aid lawyers repeat calls for a minimum salary
'Cynical fearmongering' over press outrage at legal…
Where's the next generation of defence lawyers going…