Why I am voting against air strikes in Syria

Why I am voting against air strikes in Syria 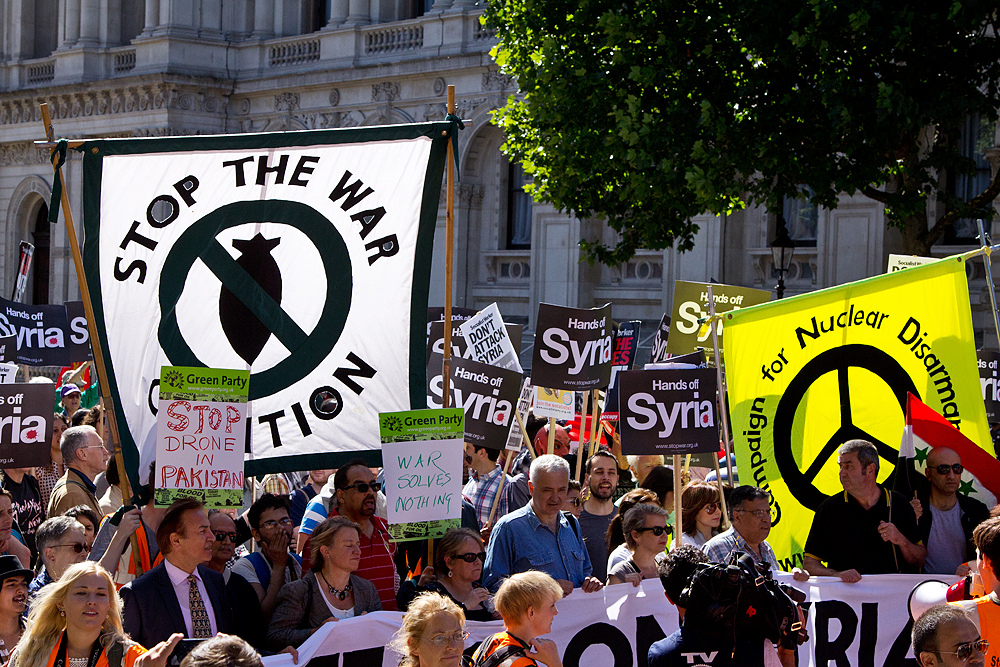 David Cameron has called for a one-day debate and vote on whether to extend RAF air strike from Iraq to Syria. After much reflection and research, and after listening to the views of many people, including constituents, fellow members on both sides of the House and the Government, I have decided that I cannot support British military action in Syria at present and I will vote against any motion in this House that sanctions it tomorrow.

It is my view that the eradication of Daesh from Syria, Iraq and around the world is a necessary process and one in which the UK should be engaged, including through effective military action. I am not currently persuaded that it would be lawful for the Royal Air Force to bomb Syria, but I agree that that is arguable and it is not the principal reason for my opposing the proposed military action.

There are three tests that I do not believe the Government have passed and that the Prime Minister failed to satisfy in his statement to the Commons last week.

First, there is no tactical plan for taking control of the areas currently occupied by Daesh, should bombing be successful in dislodging them, which itself is questionable, given that the bombing of those areas by 11 other countries has continued over 15 months. There are insufficient numbers of competent, relevant or motivated ground troops who are sufficient to the task at present.

Secondly, there is no functioning international alliance that can turn short-term military games into a programme for the peaceful governance of Syria. The Vienna talks are a start to such a process, but at present the aims of Turkey, Russia, Iran and the NATO countries are so disparate as to be chaotic.

In addition to the lack of tactical and strategic bases, my third test is that the permanent defeat of Daesh in Syria requires the end of conflict, which is what allows it to thrive. Any short-term retrenchment will likely benefit the Assad regime, which is itself responsible for seven times as many civilian deaths as Daesh this year. That may mean a shift in the balance of forces, but it will bring us no nearer to resolution.

I want Britain to engage in a concerted diplomatic effort to wean Russia and Iran away from their support for Assad, and others in Turkey and Saudi Arabia away from giving comfort, if not actual support, to Islamist extremism. I want a peace process that allows non-extremist opposition to talk to the acceptable parts of the Syrian Arab Army and Kurdish forces, and a concerted attempt to cut off the funds to, and other international support for, Daesh. That is a very difficult, perhaps impossible, agenda, but to engage in bombing missions on the basis of, ‘Something must be done’, or even on the basis of solidarity, and without clear objectives, does not show sound judgment.

There are other arguments for and against intervention, including that our contribution would be small, especially given the lack of military targets without the risk of civilian casualties; that we should support allies, whether they be the Iraqi or French Governments; and that we remain at risk from Daesh attacks on the UK, whether we take further military action against them or not.

However, the three points I have mentioned are my red lines. They are also, I am pleased to say, reflected by a ratio of 100:1 in the letters and emails I have received from my constituents in the past few days and weeks. I will, of course, review my decision in the light of changing events, but given the UK’s poor record of intervention in the Middle East over the past decade, I think that further military incursion should be approved only if a high burden of proof can be established.

Our print magazine is Proof. Contributors include Michael Mansfield QC, Bob Woffinden, David Rose, Eric Allison and Ian Cobain.
Buy Proof Magazine
The latest issue (Why legal aid matters) includes Helena Kennedy QC and Martha Spurrier in conversation, David Conn on the legacy of Hillsborough - plus how to build your own law centre.
Andy Slaughter MP is the Labour MP for Hammersmith and Shadow Justice Minister

Internal Market Bill suffers largest defeat in Lords…
Trafficking victims unable to get help because of…
'Denying prisoners the vote is a needlessly vindictive act'
Most people crossing Channel by small boats likely…
Shamima Begum: a case of discriminatory…