The UK’s legal sector is a precious national asset – a jewel in our national crown, writes Alex Chalk MP. 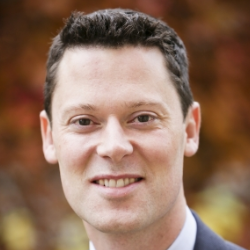 Respected internationally, it is worth over £25 billion to the British economy. It is a key export sector too, as foreign companies routinely choose this jurisdiction to settle their commercial disputes. That in turn has helped to make London the leading global financial centre. And as our country seeks global opportunities post-Brexit, East Asia holds out the prospect of a huge new market for the UK legal sector, helping to drive our economy here at home.

So why is the British legal sector so strong? In part it’s down to the global reputation of our judges, rightly renowned for their integrity, impartiality and intellect. But in large part too it is because the UK is what John Adams referred to as ‘a nation of laws’.

We cleave strongly to the rule of law – the thread that runs through our democracy that says that politicians must govern within their powers, that the law applies equally to all, and that the law is certain. In plain English, we treasure ‘fair play’.

But if ‘fair play’ is to mean anything, then it is vital that legal redress is available to all – regardless of income or background. That’s not some esoteric, highfalutin’ ideal. If we don’t want people taking the law into their own hands and settling their disputes in the streets, people must feel able to access the justice which sustains our global reputation abroad. If they don’t, that reputation will start to fray.

That’s because if British citizens cannot assert their rights, those rights become nothing but empty words. They have no power. Acts of Parliament that frame them become redundant.

As the Supreme Court has put it, without access to justice ‘laws are liable to become a dead letter, the work done by Parliament may be rendered nugatory, and the democratic election of Members of Parliament may become a meaningless charade’.

The Conservative Party has long championed the rights of the individual within our wider communities and society. Key to underpinning the Conservative philosophy of backing law-abiding people who want to work hard and get on, is ensuring they are able to assert the rights that Parliament has provided them with. That is part of what it means to empower individuals and families.

So the Conservative Government is absolutely right to review the operation of LASPO – the Legal Aid, Sentencing and Punishment of Offenders Act. It was passed at a time when Ministers were forced to respond to the disastrous financial position that they inherited.

Against that backdrop, LASPO was intended to reduce the legal aid budget by £450 million in today’s terms. But in the event, it went further than that. Last year, spending was £950 million less than in 2010. To put that in context, the entire Ministry of Justice budget for the year ending 2017 was £7.4 billion. That includes total prisons expenditure. Or, put another way, British spending on assistance to Syria alone has been more than the entire legal aid budget.

Large areas of legal aid entitlement were removed altogether by LASPO, including clinical negligence, child custody, housing and employment. The family courts have been most affected, with more than a third of cases involving litigants unrepresented on both sides. One senior judge speaking at his retirement explained how he sometimes had to help litigants in person by cross-examining witnesses on their behalf. More recently the new president of the Supreme Court, Lady Hale, described LASPO cuts as a ‘false economy’.

There is now a serious concern that, without some steps to restore a measure of access to justice, serious injustice will inevitably follow. It would be unacceptable if deserving individuals, with right on their side, found themselves the victim of rough justice (even perhaps street justice) because they were unable to get legal advice or settle their case in court. It goes against the kind of country we are.

And as the Liam Allan rape case showed, it is often only when dreadful injustices hit the headlines that the media sit up and take notice. The British people were rightly horrified to learn that an innocent man had spent two years on bail charged with rape, only for the prosecution case to collapse because vital evidence had not been disclosed by the prosecution. But without such a case, the justice system is taken for granted and its basic fairness is assumed.

Alarm bells that ring in advance don’t tend to be heard.

In our system of civil justice they are ringing again. We can’t ignore them. To protect this pillar of our free society we need to do what Conservatives naturally do when problems can be seen coming down the line: act pragmatically and decisively.

There are two proportionate, cost-effective, measures that would improve access to justice without blowing a hole in the public finances.

First, legal aid for early legal advice should be restored.  Lack of early legal advice means that relatively simple problems are left to escalate. Larger problems cost more money to fix. For example, the lack of early housing law advice for disrepair issues can lead to health social, and financial problems, the tab for which will ultimately be picked up by the NHS and/or local authorities. Prevention is better than cure, and a recent report by Ipsos Mori for the Law Society indicated that restoring early legal help would save the taxpayer money.

Second, the strict financial eligibility requirements for legal aid should be updated. In 1980, civil legal aid was available for 80 per cent of the country. Today, the figure is thought to be under 20 per cent. Ordinary working people who are just about managing are now considered too rich to be eligible for legal aid.

Pensioners are some of the worst affected by the outdated means test. Even modest savings disqualify them from legal aid. The effect is that a vulnerable pensioner unlawfully denied basic care may well have to pay for a lawyer out of their own pocket. Legal aid doesn’t only fund a lawyer but also provides protection from paying the other side’s costs. Without legal aid, that vulnerable pensioner would be forced to take on a financial risk just to access justice. That is troubling.

I have every confidence that the Ministry of Justice will adopt an evidence-based approach during the LASPO review. If the evidence shows that LASPO is creating costs for the taxpayer or is unacceptably restricting access to justice, adjustments will need to be made.

The Conservative Party rightly respects and defends the balance of our constitution. It values the individual freedoms of Britons, and rightly promotes our country’s global reputation as a nation of laws. Now it falls to a Conservative Government to make our justice system fit for the future.

This article was published on June11, 2018. It first appeared on the Conservative Home site here

Alex is the Conservative MP for Cheltenham. A former barrister, he serves on the House of Commons' justice committee

Our print magazine is Proof. Contributors include Michael Mansfield QC, Bob Woffinden, David Rose, Eric Allison and Ian Cobain.
Buy Proof Magazine
The latest issue (Why legal aid matters) includes Helena Kennedy QC and Martha Spurrier in conversation, David Conn on the legacy of Hillsborough - plus how to build your own law centre.
Alex is the Conservative MP for Cheltenham. A former barrister, he serves on the House of Commons' justice committee

Victims of trafficking failed as a result of legal…
Law Centres to receive £3m funding to help survive…
Election 2019: 'Populism is the order of the day'
Threat to forensics ‘close to existential’, says regulator
Theresa May to 'simplify' funding for inquests