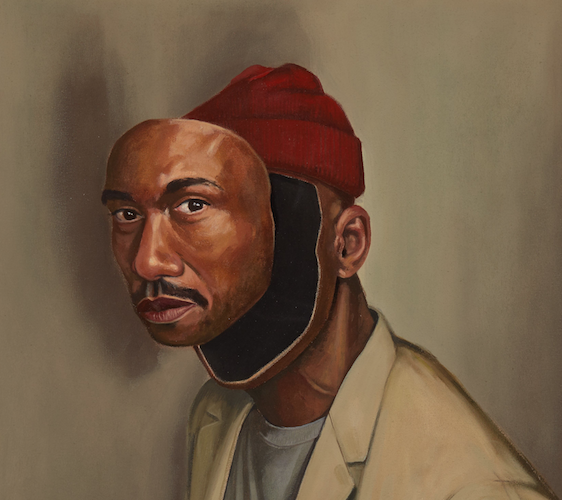 In October last year Milton Keynes County Court sent a woman with a long history of self-harming and overdosing straight from a psychiatric hospital to prison for six months. Shockingly, she had not committed a crime and never even been to prison; instead, she was in breach of what is known as an anti-social behaviour injunction and, as a result, was imprisoned for contempt of court.

The judge described her difficult life in the following bleak terms: ‘You were a looked-after child from aged four due to your mother’s own mental health difficulties and you were placed in various care homes and foster care placements between four and 14 years. Whilst in a children’s home you were the subject of sexual assault, including gang rape by older males. As an adult you had a short marriage during which you suffered sexual and domestic abuse.’

Anti-social behaviour injunction – or ASBIs – were introduced alongside the civil injunction to prevent nuisance and annoyance (IPNA) by the Anti-Social Behaviour Crime and Policing Act 2014 which replaced that more familiar acronym, the ASBO. The purpose of the legislation was to transfer work relating to anti-social behaviour from the criminal to the civil courts. ‘Most people would not believe that a court would order a woman to be taken directly from a psychiatric ward to a prison, when she’s committed no crime,’ comments Rona Epstein, honorary research fellow at Coventry University. ‘This horrifying case illustrates the inhumanity of the ASBI laws. This must change.’

Breaching an injunction is not a criminal offence but the court may issue a fine or, as in the case above, impose an immediate term of imprisonment of up to two years for contempt of court.

The problematic nature of the post 2014 regime has been highlighted in a new campaign headed by Epstein: Is it a crime to be poor? Epstein points out that none of the usual protections available under the criminal law − a pre-sentence report, for example − are available in these civil court hearings. Despite the risk of imprisonment, representation under the legal aid scheme is highly unlikely.

So what had the woman done? She had breached ASBI by failing to engage with her community health team, refusing to allow her housing trust landlord into her home; and, when the police finally secured access, directed a stream of obscene and racist abuse towards her housing trust officer, the police as well as RSPCA officers who had taken her dog and three cats over concerns that they were being neglected.

Rona Epstein has looked 145 contempt of court cases since 2019 in 38 different county courts between 2019 and 2022. ‘Many of these concerned people who appeared to be particularly vulnerable,’ she says. Eighty-one immediate imprisonments were ordered and 64 suspended, and three fines imposed ranging from £120 to £250. The largest group of 44 cases concerned nuisance to neighbours (noise, bad language, and threats); 32 cases involved individuals found to be in prohibited areas; a dozen cases related to drug dealing or possession; and six to begging and sleeping rough.

There were 46 cases of immediate committal between March 2020 and March 2021  – in other words, in the middle of a pandemic and when one might have expected the courts to be making an effort to divert people from prison. Towards the beginning of lockdown, a man who had fed pigeons on his balcony was committed to 15 weeks.

In 2020 the judicial watchdog body the Civil Justice Council reported that the ASBI regime was ‘unsatisfactory’ and could be ‘legitimately viewed as failing’ the government’s aims as stated in 2014. It made a series of recommendations including ‘an urgent request’ for the Home Office and the courts to collect meaningful data on the use of injunctions; widening the scope of the NHS Liaison and Diversion service; widening the legal aid scheme to ensure that no-one faces the  imprisonment without access to a lawyer; and introducing sentencing guidelines for the judiciary on anti-social behaviour cases.

The CJC report cited one case (Festival Housing v Baker) concerning an unrepresented respondent described variously as ‘vulnerable’, ’fragile individual’, and ’frankly, a pathetic individual who has not been able to stop herself’.  The woman had been given a three-month immediate custodial sentence for breaching an injunction preventing begging. Five months later she was back in court – she had been asking for 50p on two separate occasions from local authority ‘street rangers’. The judge had noted the ‘trivial’ and non-aggressive nature of her behaviour but nonetheless saw fit to send her to prison for six months.

The CJC was ‘very concerned to note that a vulnerable and “pathetic” individual’ was subjected to custodial sentences on two occasions with six months of each other, without seeing a lawyers’, totalling nine months behind bars. ‘Equivalent sentences are normally reserved for serious criminality,’ it noted. As it noted, there appeared to be not a single attempt made ‘to tackle the underlying cause of the behaviour’. ‘Unsurprisingly, given that the respondent was unrepresented, there was no appeal,’ the CJC added.

So what’s the solution? ‘These ASBI laws should in my view be repealed,’ says Epstein. ‘They appear to be used on occasions to punish extremely vulnerable people who are mentally ill, suffering from addictions, poor and disadvantaged in multiple ways. Prison is being used instead of repairs to the welfare net which is supposed to be there to support those most in need. This is not the way a civilised society should conduct itself.’

Half of mentally unwell prisoners assessed as needing…
Failings contributed to the death of a prisoner with mental…
Institutional racism leading to deaths of black and minority…
Boys locked in rooms 23 hours a day without air-conditioning…
Luke Naish: 'a totally unacceptable loss of life that could…