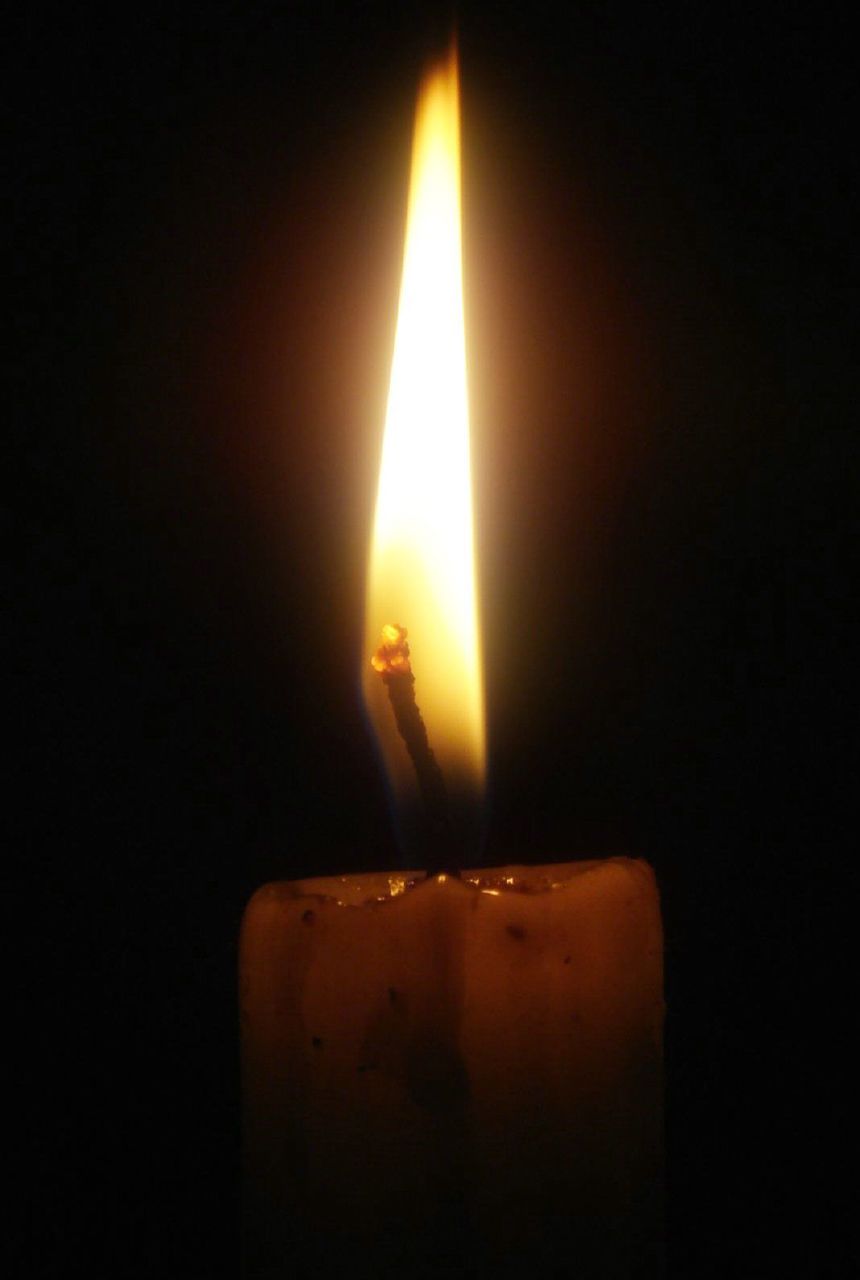 Earlier this month, Harry Roberts was released from prison after being incarcerated for more than 48 years. The release has triggered an avalanche of complaints from people who believe that, as Roberts is serving a life sentence for the murder of three police officers, he should never regain his liberty.

In his official statement, Steve White, chair of the Police Federation of England and Wales, said that, after hearing of Robert’s release, ‘many police officers felt badly let down by the criminal justice system’.

Few aspects of that criminal justice system create more controversy or confusion than life sentencing policy so it’s worth clarifying that a life sentence lasts for the remainder of a person’s life: if someone released on licence after serving their tariff period commits another offence, they can be sent back to prison at any time.

The tariff mechanism itself was described as follows in 2002 by Hilary Benn in his capacity as parliamentary under-secretary of state for prisons and probation:

‘The tariff is the minimum period a life sentence prisoner must serve to meet the requirements of retribution and deterrence before being considered for release. After this minimum period has been served release will only take place where the prisoner is judged no longer a risk of harm to the public.’

Roberts’ tariff was 30 years but, because of concerns about an ongoing risk to the public, he remained in custody for an additional 18 years. However, some believe that those who murder police officers should automatically receive a whole-life tariff, meaning that there would be no minimum term set by the judge and the murderer would, in effect, never be considered for release.

As Matt Evans writes in his scholarly assessment of whole life sentences in Criminal Law and Justice, ‘a whole-life order may not, per se, be irreducible because of the possibility of release under s30 of the Crime (Sentences) Act of 1997, but the prospect of the Secretary of State exercising this power appears so limited as to be almost non-existent’.

Prior to the Criminal Justice Act of 2003, the setting of tariff was ultimately in the hands of the Home Secretary. While several Home Secretaries amended judges’ tariff recommendations to implement whole-life tariffs in the cases of, for example, Myra Hindley, none saw fit to do so in Roberts’ case, even though at the time of sentence, Mr Justice Glyn-Jones had told him: ‘I think it likely that no Home Secretary regarding the enormity of your crime will ever think fit to show mercy by releasing you on licence.’ Since 2003, tariffs have been set by judges and the release of life sentence prisoners directed by the independent Parole Board.

The CJA 2003 also sets out guidelines to govern circumstances in which a whole-life order can be issued:

(a) the murder of two or more persons, where each murder involves any of the following—

(b) the murder of a child if involving the abduction of the child or sexual or sadistic motivation,

(c) a murder done for the purpose of advancing a political, religious [F1, racial] or ideological cause, or

(d) a murder by an offender previously convicted of murder.

However, in her speech to Police Federation Conference in 2013, Home Secretary Theresa May promised to extend these guidelines to include the murder of police officers. This unfulfilled promise now distracts from the debate about the meaningfulness of and evidence-base for whole-life tariffs, as those who object in principle to whole-life tariffs are immediately accused of being ‘soft on crime’ or even ‘anti-police’.

The legality of whole-life tariffs has been challenged and found not wanting, though the European Court of Human Rights has ruled to say that these should include the possibility of review. But ‘legal’ is by no means the same as either ‘necessary’ or ‘just’. Is there really a case for an extension of the reach of whole-life tariffs, and, if so, should this apply only to the murderers of police officers? And, given the indeterminate nature of life-sentences, is there really any reason for whole-life orders?

Theories of punishment fall into two categories: retributive (looking backward at the crime as the reason for punishment) and utilitarian (looking forward and basing punishment on social outcomes) and there are (debatably) five primary philosophies of punishment :

It’s worth noting that, in Benn’s definition of ‘tariff’, the primary reasons for imprisonment are retribution/deterrence, with incapacitation/rehabilitation taking a secondary position and no mention at all of reparation/restoration.

Clearly, it is uncertain whether imprisonment itself is helpful in addressing these philosophies. For example, does the threat of imprisonment deter people from committing crime? The crowded corridors of US and UK jails would indicate not. And is prison the best place for rehabilitation to take place? Only if you would you put someone who was trying to quit smoking into a room full of smokers. However, there is no doubt is that ‘prison works’ in terms of retribution and, to a large extent, incapacitation (though very many crimes are committed inside jails).

Over the past decades, sentencing has become more punitive, with sentences becoming longer and more indeterminate sentences being issued, attracting lengthier and more whole-life tariffs. This has resulted in the seemingly endless increase in the prison population at the same time as we are told that crime is falling.

Nevertheless, if Roberts committed his crime today, he wouldn’t automatically fit the criteria for a whole-life tariff. Yes, it was a multiple murder but those murders were not pre-planned and involved none of the other conditions necessary for a whole-life order. And yet, with just a 30-year tariff, Roberts spent nearly half a century in prison because of the refusal of the Parole Board to be satisfied as to his fitness for release (and indeed they appear to have had good reason for doubt).

The indeterminate nature of a life-sentence enabled the Parole Board to keep Roberts in custody long beyond his tariff date, until they believed that he no longer posed a risk to the public. If they judged that he still posed a risk, they need not have allowed him to be released on licence. So does a whole-life tariff have any value other than increased retribution?

Moreover, why should murderers of police officers be singled out for whole-life tariffs? What of prison officers and paramedics, teachers and social workers, and all other professionals who run the risk of being murdered during the course of their duty? The police inspector next to whom I was sitting during Mrs May’s 2013 speech was not impressed by her promise. He saw it as a political sop to police officers, many of whom are reeling from the ‘reforms’ which have been implemented since 2010. He is far from alone.

Time-bounded tariffs offer hope. They allow prisoners to believe that, if they address their offending behaviour, if they comply with their sentence objectives, if they learn how to conform to accepted norms and demonstrate that conformity, they may one day be able to live outside prison, in the community, with what remains of their families, despite the threat of the life-licence forever hanging over them. They permit prisoners’ families, their partners and children, to hold that same hope, to encourage the prisoner to do whatever is necessary to enable him or her to rejoin society. This is a rehabilitative approach, if not yet a restorative one

Whole life tariffs, on the other hand, effectively ignore any possibility of rehabilitation or restoration, focussing only on retribution and incapacitation. They assume either that the person of today is the same as the offender of yesteryear, unchanged by maturation or experience, or they assume that the crime was of such severity that the only possible punishment is to extinguish any hopes of liberty.

A senior police officer expressed to me the retributive view. ‘There’s [a] point where you say reform and rehabilitation [is] less important than punishment, which means people may change but they forfeit the ‘right’ to experience that in freedom.’

Which of us is the same as we were 50, 40, 30 years ago? Which of us hasn’t been changed by time and our experience of it? Which of us would want to deny the possibility of change in ourselves or in another, 30, 40, 50 years hence? What it if it were our child? What if it were us?

The role of the state is to seek justice, not revenge. It should reflect objectively on risk rather than pander to political whims. It was for these reasons that the right to set tariffs and approve release was removed from the executive in favour of more independent bodies. Because of the need to satisfy the risk assessment, the elimination of whole-life tariffs wouldn’t guarantee the prospect of freedom to those who have committed the most heinous crimes, but it would at least extend the candle of hope.

Rachel worked for Her Majesty's prison service from 1992 to 2001, starting as an officer at HMP Brixton and finishing as a deputy governor at HMP The Verne. She is a qualified teacher and currently works in the field of children's rights. You can follow her on twitter at @DorsetRachel.

Our print magazine is Proof. Contributors include Michael Mansfield QC, Bob Woffinden, David Rose, Eric Allison and Ian Cobain.
Buy Proof Magazine
The latest issue (Why legal aid matters) includes Helena Kennedy QC and Martha Spurrier in conversation, David Conn on the legacy of Hillsborough - plus how to build your own law centre.
Rachel worked for Her Majesty's prison service from 1992 to 2001, starting as an officer at HMP Brixton and finishing as a deputy governor at HMP The Verne. She is a qualified teacher and currently works in the field of children's rights. You can follow her on twitter at @DorsetRachel.