‘We want detention to end – not today, not tomorrow but forever’

‘We want detention to end – not today, not tomorrow but forever’ 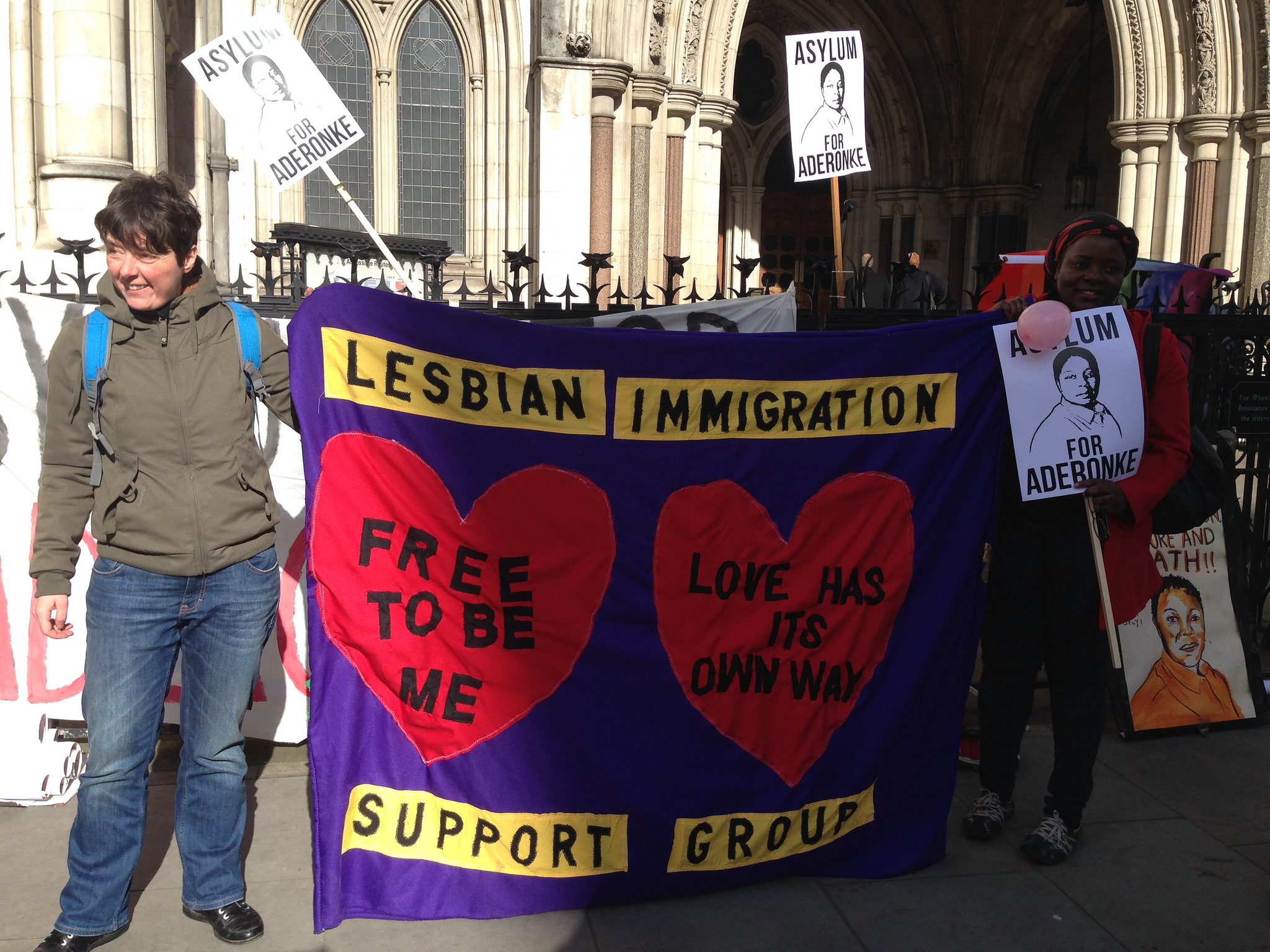 This article was written for Unlocking Detention by Nina Held and Karen Smith, volunteers at Lesbian Immigration Support Group in Manchester.

The UK is the only European country that detains people indefinitely. If you get a prison sentence you know when you will be released, if you are an asylum seeker (who has not committed any crime) and you are detained, you have no idea how long you will be in detention or what will happen to you.

When we asked members of the Lesbian Immigration Support Group (LISG) what they think about Detention, they said ‘it destroys lives’; ‘it is horrible’; ‘it affects you mentally – not only the person who is in detention but also the people who support you’. Women spoke of fear: ‘I’m really scared when I go to sign at Dallas Court [the local Home Office reporting centre]’.

The asylum system puts a strain on people’s already fragile mental health. The women at LISG have all experienced persecution and/or prosecution because of their sexual identity.

There are more than 76 countries in the world where homosexuality is illegal. Some women at LISG were detained for being lesbians and were tortured including being beaten and raped by authorities, at police stations and prisons. Seeing somebody wearing a uniform can trigger memories and flashbacks.

At LISG at least half of the women have had to experience detention in the UK. Most of the women were detained when they went to sign at Dallas Court, a reporting centre in Salford, or when they first claimed asylum in Croydon. Women are always scared when they have to go to sign (this can be weekly, fortnightly or monthly), they tell us how fearful they feel the days before. We always arrange for somebody to accompany members.

We are aware of members’ signing dates and often look anxiously at our phones hoping not get a phone call with bad news but a text message that says ‘all ok’. If a phone call comes, then there is despair. As volunteers we try to stay calm and say comforting words to the woman detained. We need to put all our strength together and be organised: contact the solicitor, arrange the person’s clothes and valuables to be picked up from their accommodation, top up their mobile phones, and potentially plan a campaign. We undertake the long, complicated journey to Yarl’s Wood. 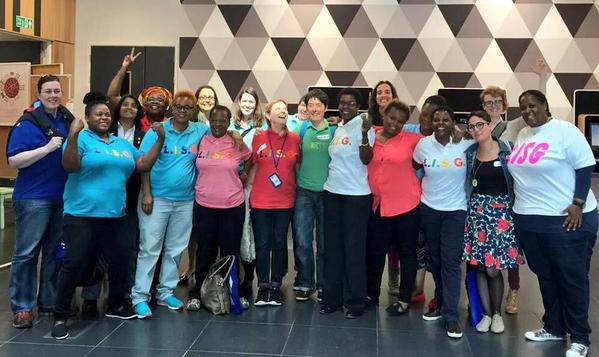 Talking to women on the phone is difficult as they share their ‘accommodation’ with other detainees, who often come from the same country and remind the women of the violence they have experienced. They do not feel safe and are unsure how open they can be about their sexuality.

Women experience homophobia by other detainees and by detention staff. In detention there is no private sphere, no place where women can feel safe. However, often women are detained because their asylum cases have been refused – most often because it was not believed that they are bisexual or lesbian. In a ‘no win’ situation, not ‘being out’ in detention can further damage their cases. The parliamentary inquiry into detention has highlighted that LGBT detainees face bullying, harassment and abuse inside detention centres and raised concerns about the lack of information available about the extent to which LGBT individuals face detention and what risks exist.

As volunteers, when a woman is detained, we have to fight back feelings of anger, upset, terror and hopelessness. As a small voluntary organisation with limited resources, detention takes time and energy away, it is a burden on everyone and in fact sometimes causes ‘burn out’. Because of the poor decision-making on asylum applications on grounds of sexuality, especially with regard to credibility, that has been well documented – see for instance, independent chief inspector report – LGBT asylum seekers seem to face detention disproportionally.

We have heard many heart-breaking stories during the seven years of our existence; about horrendous mistreatment some women had to face in the countries they fled from, because of their sexuality. However, it is most heart-breaking to listen to women when they are back in our safe space, released from detention in the UK, and tell us about their experiences in there with trembling voices. Seeking safety but then being detained for no reason, has severe effects on women’s mental health, and they often need to seek therapeutic support to deal with these experiences.

As we sang at our last LISG meeting ‘we want detention to close, not today, not tomorrow, but forever’ (adopted from WAST choir chorus).