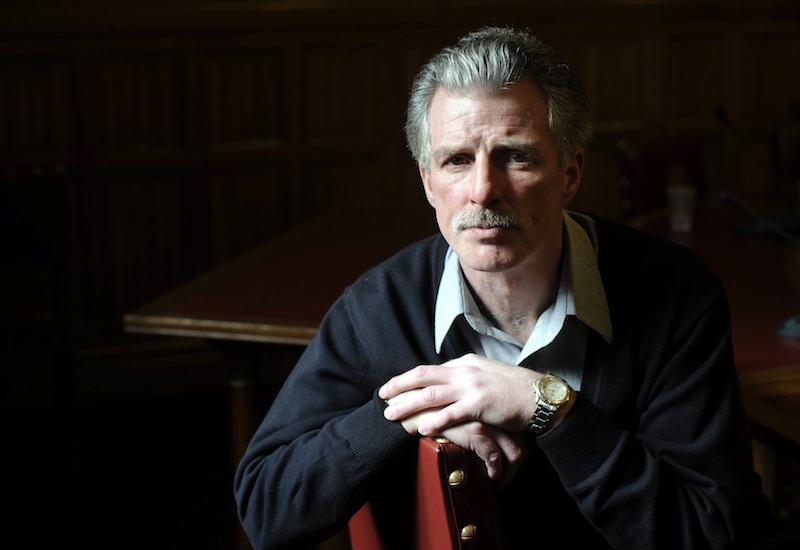 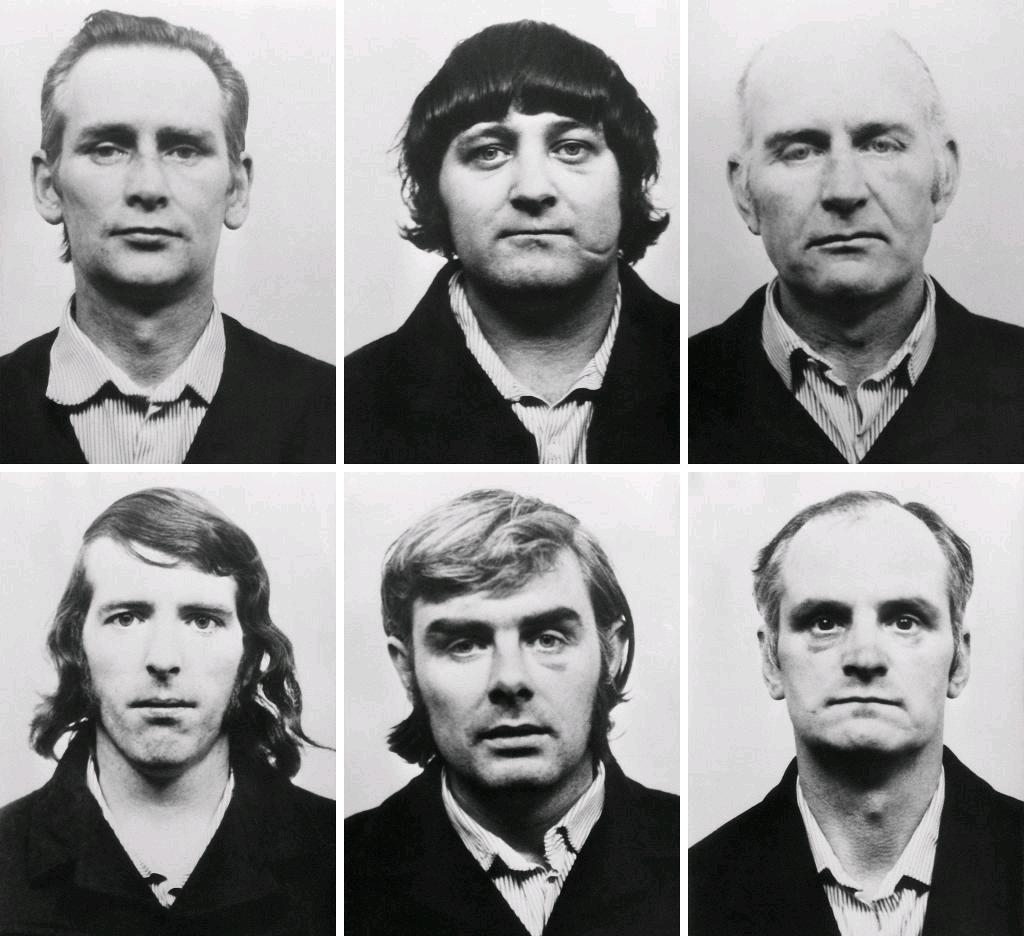 It was 20 years ago that the first state-funded miscarriage of justice watchdog began its work investigating alleged wrongful convictions. The journalist David Jessel, who presented Rough Justice and Trial & Justice, once called the establishment of the Criminal Cases Review Commission the ‘nationalisation of zeal, the taking of fervour into public ownership’.

Not everyone agreed, and the fervor quickly cooled. ‘I don’t recall much starry-eyed optimism among campaigners when the CCRC was created,’ recalled Paul May, who worked on the campaign to free the Birmingham Six in an article for the Justice Gap this month. ‘It was very good for the first 12 to 18 months,’ Paddy Hill told me. ‘But then the gates came down – and then they locked the gates.’

It was public outrage over the Birmingham Six case that forced the government to set up a royal commission on criminal justice under Lord Runciman that ultimately led to the creation of the first miscarriage of justice watchdog.

Previously, a shadowy and totally discredited Home Office department known as C3 dealt with wrongful convictions – or more accurately failed to deal with them. It would take a lot to displace the cynicism engendered as a result of the abject failure of the old system. Private Eye, with characteristic satirical savagery, predicted ‘a toothless commission whose inquiries will be conducted by the police (who made the mistakes which led to the injustices) and whose only power is to refer a case to the Court of Appeal (which made the mistake in the first place)’.

Jack Straw, as shadow home secretary, called the lack of a dedicated team of investigators at the CCRC, as opposed to relying on retired police officers, an ‘error of judgment’. The MP and campaigner Chris Mullin argued that it was ‘an absolutely fatal flaw’. ‘It risks discrediting the whole exercise,’ he said.

The response of some commentators to the appointment of Sir Frederick Crawford as the first chairman illustrated the scepticism. Crawford had a fascinating CV – he had been a scientist at the French Atomic Energy Commission and served on various committees on the Space Shuttle at Nasa as well being a director of Legal & General. All very impressive; but not quite as eye-catching as the fact that he was, as the Independent put it, ‘a prominent freemason’.

Sir Frederick had ‘no track record in the area of miscarriages of justice’, complained Jim Nichol, the solicitor in the Bridgewater Four case. ‘I have not been able to find any record of his having spoken out on injustice anywhere.’ Nichol was shared concerns about the involvement of the police with the new body. ‘Unless there is independent investigation of miscarriages of justice, other than by the police, the situation will not improve,’ he predicted.

A leader in the Independent on Sunday leader in February 1997 reflected that ‘for reasons it has kept entirely to itself ’ the Government turned down offers of help from defence lawyers like Nicholls who acted in the kind of miscarriage cases that led to the establishment of the CCRC; instead it drew its appointments from ‘the prosecution benches’. ‘The danger must be that in creating a CCRC led by a plasma scientist and possibly packed with members of the great and the good, the Home Secretary is simply trying to cut himself o from an area that has been of constant embarrassment,’ it concluded.

When the CCRC did open its doors it was overwhelmed. The Home Office deposited on the new body some 251 ‘old’ cases. ‘I don’t know if we can cope,’ Sir Frederick told journalists at its first press conference. Funding for the new body was ‘several hundred thousand pounds’ short of what was needed, he added.

Two years after the launch of the CCRC, I wrote about the Eddie Gilfoyle case for the Big Issue. Convicted of murdering his wife, Gilfoyle had spent the previous seven years protesting his innocence and the CCRC had just referred his case back to the Court of Appeal. ‘Gilfoyle is only one of 2,500 applicants that the CCRC has received in its short two-year life. He is one of the lucky few and only the 42nd to be referred. To date only nine convictions have been quashed. Underfunded and understaffed, the commission has been swapped,’ I wrote. The headline for the Big Issue article was The Waiting Game.

The Gilfoyle case went to the Court of Appeal in 2000 but was rejected. Last year the CCRC rejected an application after six years’ investigation – and despite having the longstanding support of the Times. The House of Commons’ 2015 justice committee report into the CCRC quoted Paul May talking about the ‘disgrace’ of the CCRC’s apparent inaction on the case.

Back in 1999 the CCRC had 28 case workers and had just secured a further £1.28m for another 12. The House of Common’s home affairs committee called the backlog of cases ‘unacceptable’. By contrast, C3 in 1994 had about 21 staff, looked at 480 cases of alleged wrongful convictions and referred 12 to the Court of Appeal.

Eddie Gilfoyle: at press conference to declare his innocence of murdering his wife Paula after serving 18 years in prison

The case for structural reform of the criminal justice system as a response to a series of miscarriages of justice had been made most powerfully by the human rights group JUSTICE and its pioneering first secretary Tom Sargant. ‘The present system for investigating possible miscarriages of justice is wholly inadequate,’ JUSTICE said in 1989, the year of the release of the Guildford Four.

Tom Sargant had made the case for a different model to the one proposed by the Runciman commission. His commission was to be a ‘determinative’ body that would consider alleged miscarriages of justice independently of the courts.

The 1994 royal commission recommended a CCRC independent only insofar as the investigation was concerned. Only cases with a ‘real possibility’ of being overturned can be referred to the Court of Appeal.

David Jessel, who went on to be a CCRC commissioner, called the ‘real possibility’ test the commission’s ‘baptismal curse’. Critics argued that the watchdog was born into a subordinate relationship with the court which meant it was forced to ‘second-guess’ judges. Any evidence reviewed by the Commission needed to be viewed from the perspective of whether or not the Court of Appeal would regard it as persuasive.

Tom Sargant’s analysis of the Court of Appeal’s failure to remedy miscarriages was scathing. He began writing his autobiography but never finished it – you can read the original typed up manuscript on a website created by Peter Hill who created the landmark BBC series Rough Justice here. He lists the court’s ‘self-imposed fetters’ – for example, its ‘unreasoning respect’ for jury verdicts and the ‘unwillingness to let down the police’.

Sargant conceded that some might think that he had painted ‘an unnecessarily black picture of the court’s unwillingness to remedy miscarriages’. However he concluded that the fetters were ‘a necessary protective wall built by the judges against the flood that otherwise might overwhelm them; and, in part, inspired by the need to preserve public confidence in the jury system’.

Over the last two decades the CCRC has been often been criticized sometimes fairly and sometimes not; but the problems anticipated all those years ago – concerns about independence, chronic underfunding and its statutory straightjacket – have continued to dog the body.
This is the first of a two-part article looking back at the CCRC over the last 20 years.