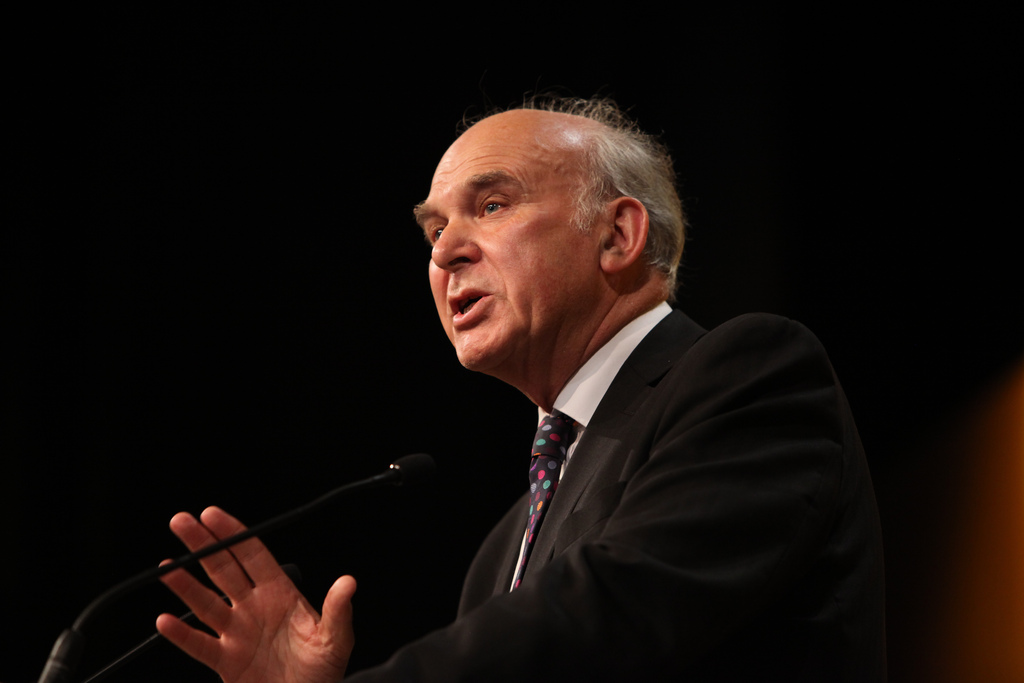 Last week, with the Queen’s Speech having confirmed there is time for a bit more employment law reform before next year’s General Election, Vince Cable’s Small Business, Enterprise & Employment Bill began its passage through Parliament. Well, I say ‘reform’, but the Bill’s handful of provisions on employment law are more tidying-up than fundamental change. And at least three of these five provisions are likely to make little if any practical difference, however sensible and welcome they might seem at first glance.

Financial penalties for non-payment of an ET award
Perhaps the most welcome of these three measures – to me at least – is clause 136 of the Bill, which provides for the imposition of a financial penalty of up to £5,000 on an employer who fails to pay a tribunal award or Acas-conciliated settlement. But then I would say that, because this is pretty much a measure I dreamt up and proposed to ministers in 2012, during the passage of the then Enterprise & Regulatory Reform Bill. Ministers weren’t (sufficiently) impressed by the idea then, but pressure from the Labour front bench in support of my proposal did at least lead Jo Swinson to commission further research on the issue, and the damning findings of that research have evidently led to a ministerial change of heart.

Some employment lawyers have been quick to note that clause 136 “will not solve the problem” of non-payment of awards (and settlements). Which it won’t, but then even BIS acknowledges that no single measure can, as the problem is extremely complex. There are other steps that BIS could and should take, such as naming & shaming those employers who fail to pay up. But, by creating a meaningful financial disincentive to non-payment of a tribunal award, clause 136 might at least reduce the rate of non-compliance.

Except that … the kind of relatively low-value tribunal claim for e.g. unpaid wages against a rogue employer that often culminated in a hollow victory for the claimant when the employer simply failed to pay up, is exactly the kind of claim that has been largely eradicated by the hefty, upfront tribunal fees introduced in July 2013. As the following chart shows, claims for unpaid wages have tumbled from an average of 4,625 per month in the 18-month period prior to the introduction of fees, to an average of just 1,185 in the six-month period October 2013 to March 2014. 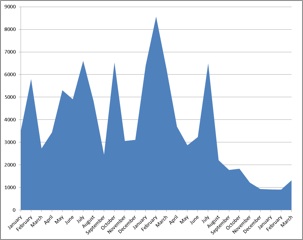 In short, thanks to the outrageous tribunal fees introduced by Cable’s Coalition colleagues at the Ministry of Justice, the problem that clause 136 of the Bill seeks to (partly) address is no longer the problem that it was. So, whilst Cable and Swinson might now claim credit for trying to close the stable door, the horse has been gaily galloping around the fields since July 2013, and will continue to do so unless someone can summon up the political courage to scrap or at least reform the tribunal fees regime.

Such exclusivity clauses – which prevent an individual from working for a second employer, even when no work is on offer from the first – are clearly unfair, and no reasonable person could object to them being banned. But the ban is likely to bring little if any benefit to the 500,000 or more workers estimated to be on a zero-hours contract, for one simple reason: having such an exclusivity clause in the contract is simply not essential to the exploitative use of zero-hours contracts by rogue employers.

In practice, all the employer has to do is let it be known that taking work with another employer will result in no further work being offered. To my mind, this has been best explained, in just two tweets, by employment law specialist Mark Tarran of Practical Law:

Zero-hours contracts BEFORE [Cable’s ban]: “If you work anywhere else you will be in breach of contract and I won’t give you any more work.”

Zero-hours contracts AFTER [Cable’s ban]: “If you work anywhere else you will not be in breach of contract but I still won’t give you any more work.”

Indeed, this is confirmed by the fact that, even according to BIS, only 125,000 – or one in four – zero-hours workers have an exclusivity clause in their contract. And why would employers not have bothered to insert such a clause into three out of four zero-hours contracts? They didn’t, because they don’t need to. Take away the exclusivity clause, and the worker is still on a zero-hours contract, with no guarantee of work from one week to the next.

As Darren Newman was perhaps the first to conclude:

“In reality this provision will be inserted into employment law with little practical effect. It will gather some headlines but do next to nothing to improve the lives of those who are trapped in precarious and low-paid employment. You might argue that it is hardly worth the effort. But here is the politician’s syllogism at work: something has to be done; this is something – therefore we must do it.”

Maximum financial penalty for breach of the NMW
Clause 138 of the Bill increases the maximum financial penalty that can be imposed on an employer by HMRC for breach of the national minimum wage, from £20,000 (increased from £5,000 in March this year) per employer, to £20,000 per underpaid worker. Again, on the face of it, this is a move that no reasonable person could possibly object to. But, again, the practical impact will be negligible, for two reasons.

Firstly, as the average underpayment (and therefore penalty) imposed per worker is just £205, the number and proportion of employers who pay even the current (per employer) maximum penalty is very small: just 52 out of 652, or eight per cent, in 2013/14. So the number that will receive a penalty anywhere near the proposed new maximum of £20,000 per underpaid worker will be even smaller.

Secondly, in the handful of such cases in which, due to the large number of underpaid workers involved and/or unusually large underpayments per worker, the penalty that HMRC wishes to impose exceeds the current maximum of £20,000 per employer (which, in practical terms, means per Notice of Underpayment), HMRC already can and does impose a penalty of up to £20,000 per underpaid worker, by the simple (if crafty) expedient of issuing more than the normal one Notice of Underpayment to the employer. This practice was adopted in March 2014, when the penalty percentage was increased from 50 per cent to 100 per cent of the total underpayment, and the maximum penalty was increased from £5,000 to £20,000.

In short, all clause 138 does is “align the statutory power to set the maximum penalty with the practice adopted [by HMRC] in March 2014 to meet the Prime Minister’s announcement” in November 2013 that penalties would be both increased and imposed on a ‘per worker’ basis. According to the associated BIS Regulatory Impact Assessment, this will save HMRC some £250,000 per year in administrative costs associated with serving a small number of employers with more than one Notice of Underpayment. But that is the sum total of its impact.

So, on the face of it, three seemingly sensible and welcome measures that make Vince Cable look a bit of an employment law hero. But, in reality, three largely meaningless measures that arguably reveal him as more of a zero. At the weekend, Dr Cable’s former special adviser, Giles Wilkes, was bemoaning the lack of employment law expertsin 10 Downing Street. On this evidence, there don’t seem to be many more than that in BIS.