Victims of torture in immigration detention centres placed at risk amidst unfounded suspicion, according to watchdog

Victims of torture in immigration detention centres placed at risk amidst unfounded suspicion, according to watchdog 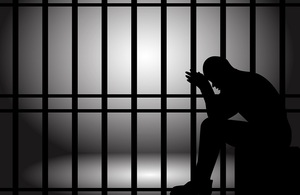 Victims of torture, and other vulnerable detained asylum seekers have not been receiving suitable support, according to a new report from the Independent Chief Inspector of Borders and Immigration, David Neal.

Flaws in the current process for identifying vulnerable people, including those at risk of suicide and worsening health, have left those in need of help without support, with continued detention placing them at greater risk.

The report investigated the use of rule 35, the safeguarding mechanism designed to address the needs of those vulnerable adults. It involves an assessment from a doctor at the Immigration Detention Centre, who considers how continued detention would affect their condition. The Home Office then ‘weighs this health assessment against immigration and public protection considerations to decide whether detention remains appropriate.’

However, the process has been made ‘ineffective’, due to general distrust of detainees’ claims, delays, inadequate training, a lack of resources and mismanagement. The report found that detainees were often not made aware about the availability of rule 35, and how it might help them.

The findings speak to general criticism about the conditions in which asylum seekers have been kept, coming amidst calls for a public inquiry, lead by Duncan Lewis solicitors, regarding the abuse of people held at Manston, a now infamous processing centre. Despite growing concern, according to Neal,  the Home Secretary has recently abandoned regular inspections of detention centres.

Neal expressed concern at the level of unfounded cynicism amongst ‘staff and others involved in the process’, who ‘often held the perception that Rule 35 and other safeguarding mechanisms were being abused by detainees.’ Neal said that he did ‘not accept the limited evidence provided to support this assertion and there were few obvious activities underway to address this concern.’

The borders watchdog highlighted government inaction following previous reports. The Independent Chief Inspector said that following the second report, his concern was that: ‘the pace of change was too slow and the enthusiasm to protect vulnerable people in immigration detention was held back by a narrative that placed abuse of the system ahead of protecting the vulnerable.’

He added that it is ‘disappointing to see that little has changed.’

The attitudes of staff and other officials responsible for the welfare of asylum seekers reflects a trend of increased suspicion, reflected for example in the use of ankle monitors. It adds to growing concerns about the continued rollout of hostile immigration policy, inspired by a general mistrust of migrants rather than sound evidence and practical concern.

Neal warned that ‘the Home Office must ensure that there is a sound evidentiary basis for its actions and that genuinely vulnerable detainees do not see the protections available to them rolled back.

Alvi is an LLM student specialising in Human Rights. Based in London, he writes about socio-political developments, international human rights issues and entertainment

Our print magazine is Proof. Contributors include Michael Mansfield QC, Bob Woffinden, David Rose, Eric Allison and Ian Cobain.
Buy Proof Magazine
The latest issue (Why legal aid matters) includes Helena Kennedy QC and Martha Spurrier in conversation, David Conn on the legacy of Hillsborough - plus how to build your own law centre.
Alvi is an LLM student specialising in Human Rights. Based in London, he writes about socio-political developments, international human rights issues and entertainment

Almost one third of inmates at detention centre feel…
Home Office safeguarding for immigration detainees 'so…
Immigration detainees held in prison for more than two and a…
Tens of thousands of migrants 'stuck in limbo', says Chief…
Yarl’s Wood detainee tests positive for coronavirus