‘Victimised twice over: once by the court and then by government’ 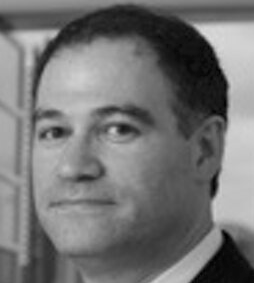 ‘Victimised twice over: once by the court and then by government’

Sam Hallam: Pic by Micha Theiner for the Independent on Sunday

Last week the Supreme Court had a golden opportunity to take an important stand on the issue of compensation for a narrow category of victims of miscarriages of justice.

Unfortunately, the court passed this opportunity up, with the result that the statutory compensation scheme will now be available to just a few people each year.

The case in question was brought by Sam Hallam and Victor Nealon: two men who between them served a total of 24 years in prison for crimes for which they were acquitted on second or out of time appeals when their convictions were quashed following the discovery of new evidence.

Mr Hallam spent five years in prison for murder before his conviction was declared unsafe in 2012. Mr Nealon, meanwhile, spent 17 years in prison for attempted rape before he was cleared in 2013 (he served ten years more than tariff for refusing to admit guilt).

Neither man has received a penny in statutory compensation for what have clearly been, for both men, life-changing ordeals.

The Justice Secretary’s refusal to pay compensation was made under the Criminal Justice Act 1988, as amended in 2014, which states compensation is not obligatory in cases where the new evidence does not prove innocence ‘beyond reasonable doubt’.

It was this obligation – for the exculpatory new evidence to prove innocence beyond reasonable doubt – which Mr Hallam and Mr Nealon challenged at the Supreme Court.

Why, they argued, should they need to prove their innocence when the criminal courts had already established that they had not committed the crime? The need to do this, they argued, is a breach of their Article 6 (2) human rights: the presumption of innocence.

In making this point, Mr Hallam and Mr Nealons’ legal teams drew heavily on the 2011 Supreme Court ruling in the case of my client Andrew Adams.

In that case, the court identified four categories of miscarriage of justice for which victims might be offered compensation as a matter of principle.

The first of these is the category identified above: when the new evidence proves innocence beyond reasonable doubt.

The second and third categories are when fresh evidence undermines the prosecution so seriously that no conviction could possibly be based upon it or that no jury could convict on it. The fourth category is when something goes ‘seriously wrong’ in the investigation or trial.

The problem, for Mr Nealon and Mr Hallam, is that Parliament was determined to limit compensation to the first category alone and legislated to do so in 2014.

The effect of last Wednesday’s Supreme Court decision is to agree that this legislation is lawful and compatible with the Human Rights Act 1998.

The Adams ruling was disappointing enough, but this ruling is, in my view, a travesty of justice. It re-enforces the unfair principle that innocent people who have been wrongly convicted of crimes cannot be properly compensated for the terrible impact this has had on their lives, even after fighting through to a second successful appeal.

It means that victims of miscarriages of justice can be victimised twice over: once by the trial court which found them guilty; then again by a Government minister, which prevents them getting their lives back on track.

It is a deeply disappointing decision which negates the limited expansion of compensation rights Andrew Adams achieved in his 2011 Supreme Court case on the same issue.

Mr Nealon’s lawyers are reported to be considering a complaint against the UK to the European Court of Human Rights in Strasbourg. As they consider their options, they may take some heart from the fact that the Supreme Court’s ruling was not unanimous.

Dissenting judge Lord Reed made the key point that the legislation as it currently stands effectively requires the Secretary of State to decide whether people are innocent, even though the Court of Appeal has already decided their convictions should be quashed. This, Lord Reed points out, is contrary to the presumption of innocence.

In my view Lord Reed and his fellow dissenting judge Lord Kerr are correct. If a conviction is quashed the defendant is by default not guilty. This is the presumption of innocence at work. For the Secretary of State to then be able to judge they are not ‘innocent’ enough for compensation, even when the evidence against them has been undermined to such an extent that no conviction could possibly be based upon it, clearly breaches that presumption guaranteed by Article 6(2).

It also means that those who claim for compensation must prove a negative – that they did not commit the crime. To do so, they will rely heavily on what the Court of Appeal said when looking to quash the conviction, and will have to hope that by chance it uttered some beneficial words.

This is a deeply unsatisfactory state for the law to be in. Only a finding of a violation of article 6 ECHR by the European Court of Human Rights for undermining the presumption of innocence will help the victims in this case and people like them.

Daniel is head of civil law at Hickman & Rose solicitors

Our print magazine is Proof. Contributors include Michael Mansfield QC, Bob Woffinden, David Rose, Eric Allison and Ian Cobain.
Buy Proof Magazine
The latest issue (Why legal aid matters) includes Helena Kennedy QC and Martha Spurrier in conversation, David Conn on the legacy of Hillsborough - plus how to build your own law centre.
Daniel is head of civil law at Hickman & Rose solicitors