‘Tony Blair says that he acted in good faith. That does not get him off the hook.’

‘Tony Blair says that he acted in good faith. That does not get him off the hook.’ 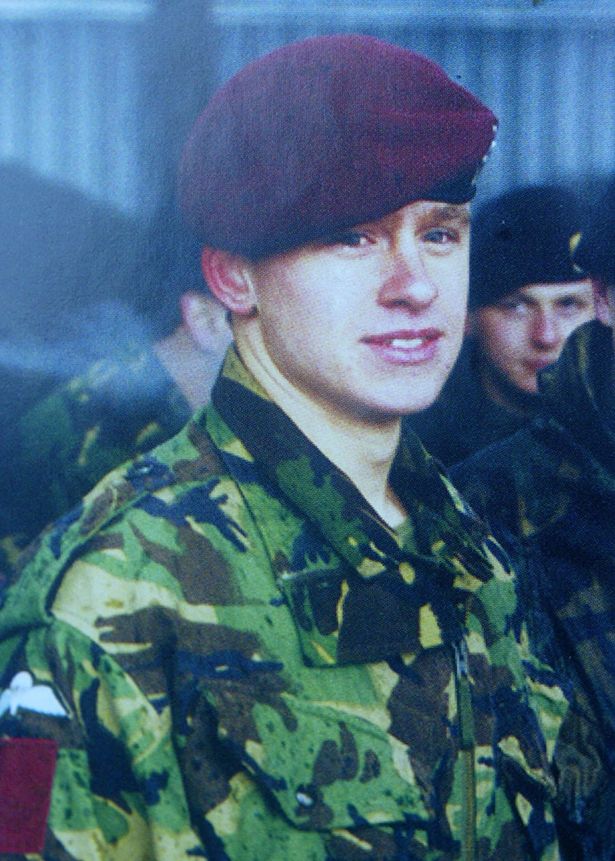 Yesterday in the first nine hours of a new crowdfunding campaign, families of British troops who died in Iraq raised over £50,000 which enough for lawyers to begin a legal action against Tony Blair and others.

‘There is no option for legal aid,’ explains Reg Keys, whose son Tom was killed in Iraq on June 24th 2003. ‘The government won’t fund us, and the police and CPS won’t look at our case.’

Almost seven years after Sir John Chilcot began his inquiry, his report was published earlier this month. For all its massive size – 2.6 million words and 12 volumes – its author did not express a view as to whether the military action was legal or not. ‘That could, of course, only be resolved by a properly constituted and internationally recognised court,’ Sir John said.

The families are determined to hold those they blame to account in a proper court. Reg Keys famously stood against Tony Blair in the 2005 election in his Sedgefield constituency. The then prime minister refused to meet the families, as apparently he does to this day, and was forced to listen to a grieving father. His story was told in the Jimmy McGovern drama Reg broadcast on BBC 1 last month and starring Tim Roth.

Teflon Tony
Lance Corporal Tom Keys, just four days before his 21st birthday, was one of six Royal Military Policemen – or ‘Red Caps’ – killed by a group of some 400 Iraqi insurgents who had besieged a police station in the town of Majar Kabir, 100 miles north of Basra. It was the largest single loss of life in a British unit from enemy fire since the Falklands.

In an interview with the Justice Gap, his father says:  ‘Sir John has done awful lot of groundwork for us and for our lawyers. Tony Blair has the cabinet indemnity afforded to state officials. Any court costs for Mr Blair and co will be met by the taxpayer. Here’s not called “Teflon Tony” from nothing.’

Just before the publication of the Chilcot report, Reg Keys wrote in the Daily Mail about the similarities between Hillsborough, the new inquest into the 1974 Birmingham pub bombings and the fate that befell the Red Caps which were all (in his words) ‘avoidable disasters followed by cover-ups by the authorities and then a long battle for the truth’. ‘As Hillsborough has shown, and hopefully Birmingham will show, it can take decades, but the truth bubbles to the surface,’ Keys wrote.

In the Hillsborough inquests in Warrington the families were given properly funded legal representation (unlike most inquests), whereas Keys and the other families are forced to rely upon the generosity of the British public to secure access to justice.

What does he think of that? ‘It’s nauseating that the families of the bereaved are out there trying to fundraise to bring a man to court who is a multimillionaire. But that is what happens when you take on the establishment,’ he replies.

Reg Keys, an ambulance paramedic in Solihull for 19 years before retiring to North Wales, is the first to admit he makes an unlikely figurehead for the anti-war movement. ‘Back in 2003 when Thomas went to war, I would never have said that I was antiestablishment,’ he continues. ‘But having dealt with the Ministry of Defence and the government who all cover-up for each other, then you realise that there is an elite. A media blitz will not bring their fortress down. It has to be done with gritty determination.’ 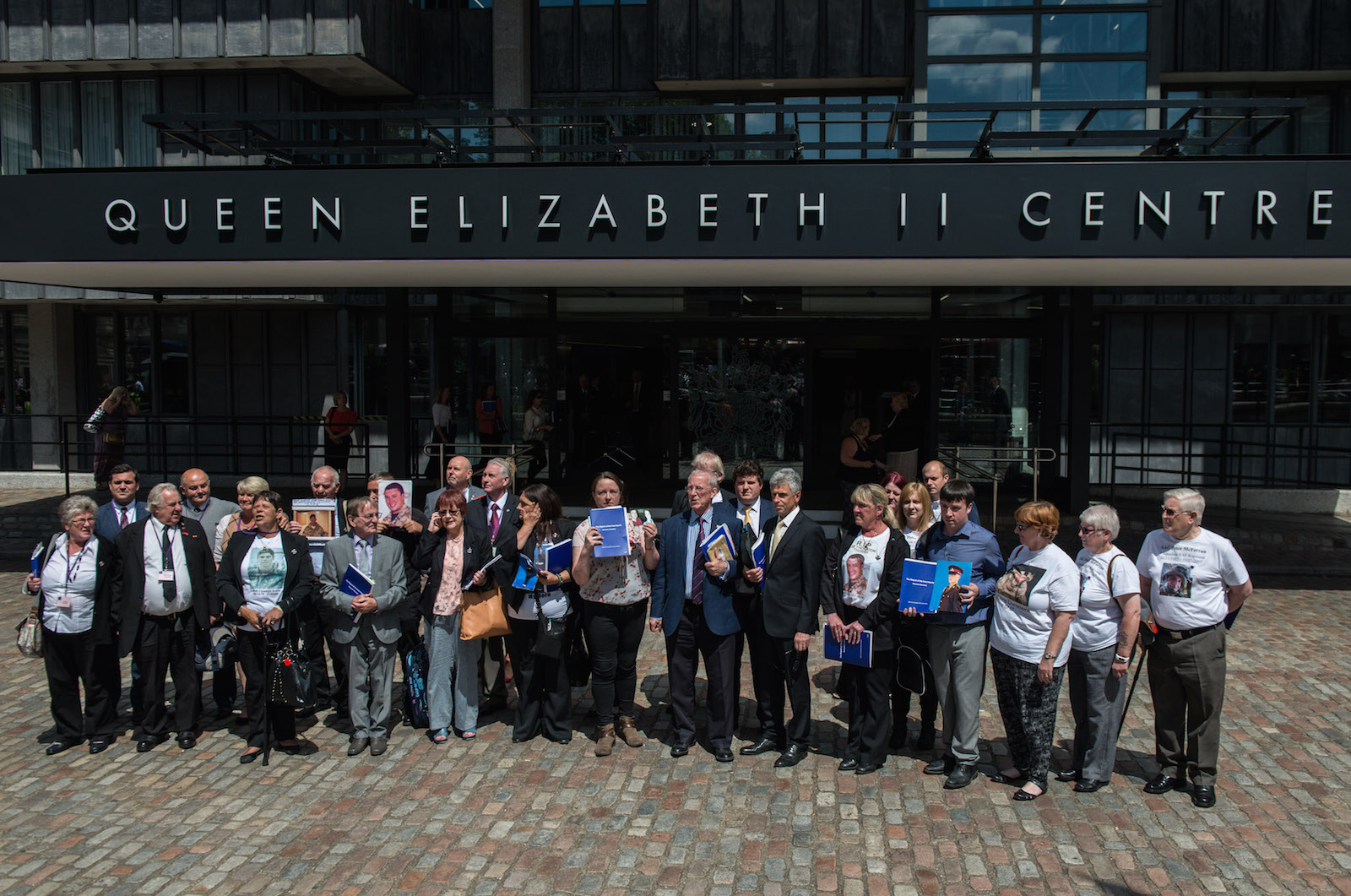 Families of soldiers killed in Iraq outside the Queen Elizabeth II centre after publication of the Chilcot report earlier in the month. Photo by Chris J Ratcliffe (Getty Images)

The legal action is being brought on behalf of the Iraq War Families Campaign Group, campaigning for the families of the 179 servicemen and women killed in the conflict. Reg Keys and Roger Bacon, who last his son Major Matthew Bacon when his Land Rover was targeted in a roadside bomb in Basra, are heading up the crowdfunding campaign which is being prompted through the Crowd Justice site.

On day one (yesterday) they raised enough money to allow their lawyers, McCue & Partners to analyse Chilcot and fund a legal opinion on a possible case. They are looking to raise a total £150,000 to cover their legal costs. Matthew Jury, the families’ lawyers, has been working on the case pro-bono. ‘If they can, the families are determined to hold those individuals to account by bringing them to trial to answer for their actions,’ Jury says. ‘Not just for them or their loved ones, but to ensure that never again will our politicians act with such impunity in taking our country into an unjust war with such tragic consequences.’

Good faith
What does Reg Keys make of the Chilcot report? ‘To our surprise, we feel that Sir John has been very thorough. It has almost been like a seven year court case that has been going on,’ replies Keys.

Unsurprisingly, he complains about the huge delay (‘nine years and £12 million pounds of taxpayers money’) and what he calls ‘the ridiculous Maxwellisation’ procedure in which those facing criticism were given an opportunity to respond. ‘We thought we would get watered-down criticism. I wanted to see the criticism as originally made by Sir John and not an agreed response between the parties. Having said all that, he did alright. He did a good job for us.’

Relatives were invited to the Queen Elizabeth II Centre, Westminster at 8am, Wednesday July 6 and given three hours to digest a 150-page summary of the report. Sir John also provided them with his own statement that he read out at 11am. ‘We started to read it out and there were gasps,’ Keys recalls. ‘We didn’t need the rest of the inquiry. It was all in those 12 pages.’

The father quotes the critical passage from Sir John Chilcot’s statement on the legality of the war (‘the circumstances in which it was decided that there was a legal basis for UK military action were far from satisfactory’).

‘The evidence hadn’t been given under oath. Sir John didn’t wear a wig but, for us, the panel members were the jury. Tony Blair has been found guilty,’ he says. ‘The court of public opinion has found him guilty. All we need to do is to get him into a court of law and find him guilty – that will do for us.’

What will legal action achieve? ‘Blair has walked through all the chaos. He was the overseer of this most shambolic period of British politics – and yet he’s still there. That cannot be right in a democratic society.’

‘Tony Blair says that he acted in good faith. That does not get him off the hook. He says that he did not knowingly mislead. Well, I have all the documents on my desk. I have all the intelligence reports from MI5 and MI6, from Sir John Scarlett (the chairman of the Joint Intelligence Committee) and Sir Richard Dearlove (then the head of MI6) saying that the evidence was patchy, untested and from an unreliable source. By the time that Tony Blair and Alistair Campbell finished with it, it was detailed, authoritative and the weapons were capable of deployment within 45 minutes. If that isn’t misleading Parliament, then I don’t know what is.’
Reg Keys

Whilst acknowledging that Chilcot wasn’t the whitewash feared by the families, the father reckons that Sir John simply perpetuates the ‘cover up’ of the circumstances of his son’s own death. ‘We know exactly what happened. Sir John’s version of this – and we pulled him up on it – is what he was told by senior officers and, quite frankly, they were lying,’ he says.

The dramatist Jimmy McGovern told Keys, that Chilcot was ‘a mini Hillsborough’. He agrees and says that the way that the police blamed the fans was ‘exactly’ how the army treated the Red Caps.

‘Those six lads were sent off with just 50 rounds each – nothing else, not even a radio. Had their vehicle turned over or broken down, they couldn’t call for help. They were policing an area the size of Northern Ireland. You might as well have sent them out with toothbrushes and asked them to paint the fourth bridge.’
Reg Keys 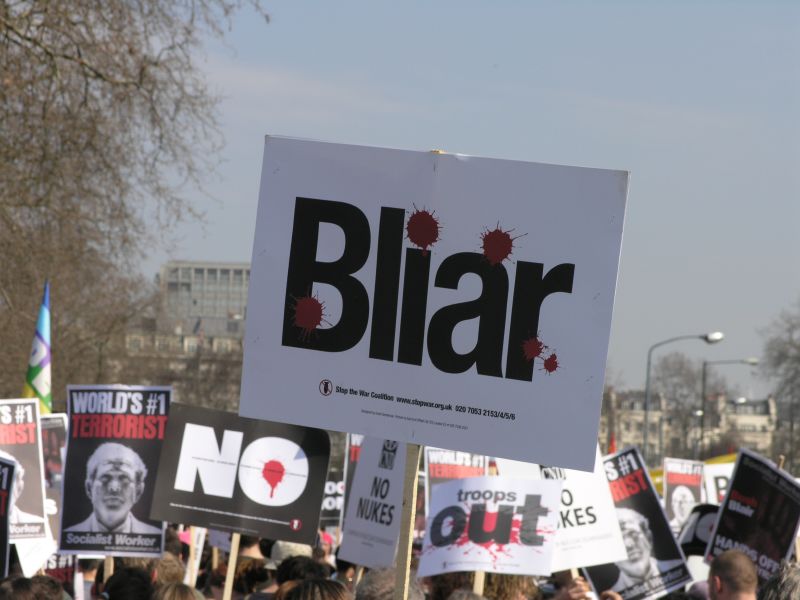 According to the families, the Army deliberately ‘de-scaled’ equipment three weeks prior to that fatal attack. ‘When they asked for a phone, they were denied one,’ he says. ‘When they complained that the comms was a disaster, they were told to get on with it.’

This was apparently all done in direct contravention of standing orders. ‘They were only given 50 rounds of ammunition – they should have had 250,’ he says. ‘Their morphine, smoke grenades, distress flares, and hand grenades were all put back into the storeroom.’

Has he met Tony Blair since their encounter on election night 2005? ‘No. The families have often asked for a meeting but he has refused them all.’ What was his view of the former PM’s response to Chilcot? ‘It was the shambolic ramblings of a man who, in my view, is psychotic,’ he says. ‘He is the consummate professional. It was an actor simply delivering his well-rehearsed lines.’
More about the Iraq War Families Campaign Group at the CrowdJustice site here.

MoD settles 417 compensation claims to Iraqis subjected to…
Martyn Day: 'History will treat our army and politicians in…
'Shameful and inexcusable': No public inquiry into Pat…
'Little faith' in spy cops inquiry getting to truth
'A uniquely reprehensible bill'