The chief inspector of prisons has condemned the ‘blank inactivity’ of prisoners across the estate and the failures in rehabilitation in his annual report. Forty years on from the first such report, Charlie Taylor highlighted the ‘lack of progress’ in providing purposeful and meaningful activity and warned of the long-term effect of lockdowns within prisons.

Taylor stated that there was ‘no doubt that there will be a price to pay’ from prisoners being locked up for extended periods of time, particularly during the periods of national lockdown. Currently, more than half of male prisoners (51%) and more than three-quarters of female prisoners (76%) are recorded as suffering from mental health difficulties. Prisoners often complained of the toll of being locked up for long periods of time. The report found that more than half (53%) of all prisoners were in their cells for at least 22 hours on weekdays, in some cases worse on weekends. Whilst this was in part caused by the pandemic, staff shortages also caused the issue with increased operational challenges, such as at HMP Mount.

‘We do not yet know what the longer-term effect of lockdowns will be on prisoners, but there is no doubt that there will be a price to pay for the loss of family visits, the limited chance to socialise with other prisoners, the lack of education, training or work, the curtailing of rehabilitative programmes, the cancellation of group therapy and the dearth of opportunities for release on temporary licence,’ write Taylor in the introduction to his report. ‘… Unless these men are given the support that they need, there is the potential that they will lead long lives of criminality – creating victims, disrupting their communities and placing a huge burden on the state.’

In an ‘overtly cautious’ and ‘sluggish’ return to purposeful activity, Taylor described that there was ‘not enough ambition’ from some governors to restart following the lifting of national restrictions. Eight out of the 20 assessed prisons were ranked as poor for improvements to purposeful activity following inspections and 12 out of 20 were ranked as not sufficiently good for rehabilitation. The report captures a ‘depressing picture of poor outcomes for prisoners and low purposeful activity scores’, Taylor stated. With almost six out of 10 adult prisoners (57%) having literacy levels below those expected of an 11-year-old, the report highlighted how the prisoners ‘were learning to survive in prison rather being taught how to succeed when they were released’.

Safety outcomes were not sufficiently good in half of prisons inspected and one in five prisoners told inspectors they currently felt unsafe. This was evident in both adult male and female prisoners as well as in youth facilities. Urgent notifications were issued at both Rainsbrook and Oakhill due to high levels of violence and the subsequent failures to make adequate progress. 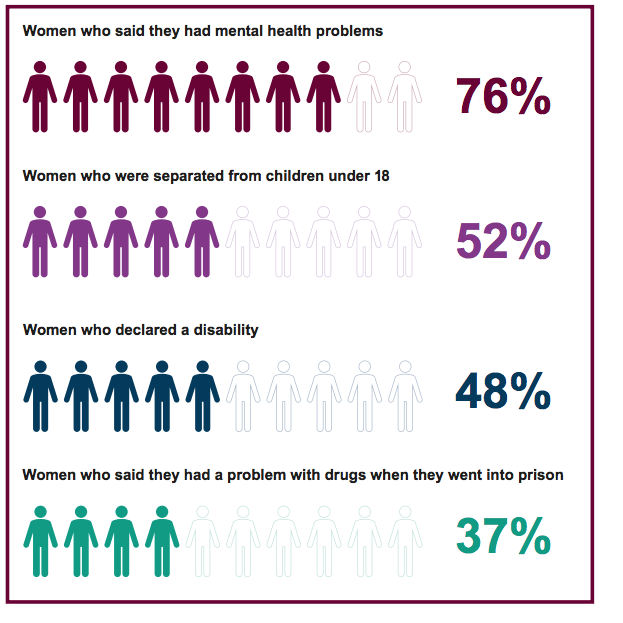 The report drew on five inspections of women’s prisons that took place since May last year (Downview, Foston Hall, Low Newton, Send and Styal) and flagged the differing needs of women in prison. According to the inspection, mental health problems remained ‘a far more prevalent issue for women in prison’ with some sent there due to the non-availability of mental health facilities in hospital; but the inspectors noted ‘the lack of data collection’ meant the extent of the problem was ‘unknown’. ‘Many women left prison without a safe and sustainable place to live, but the extent of this problem was not fully apparent due to poor-quality data,’ it added.

There will be 'a price to pay' for locking up prisoners 23…
HMP Winchester: 'no meaningful progress’ at troubled prison
Frustration as prisoners’ time out of cell at HMP Belmarsh…
More than half of prisoners at Belmarsh spent 23 hours a day…
Progress at troubled HMP Birmingham 'undermined' by…