The wrongs of discrimination

The wrongs of discrimination 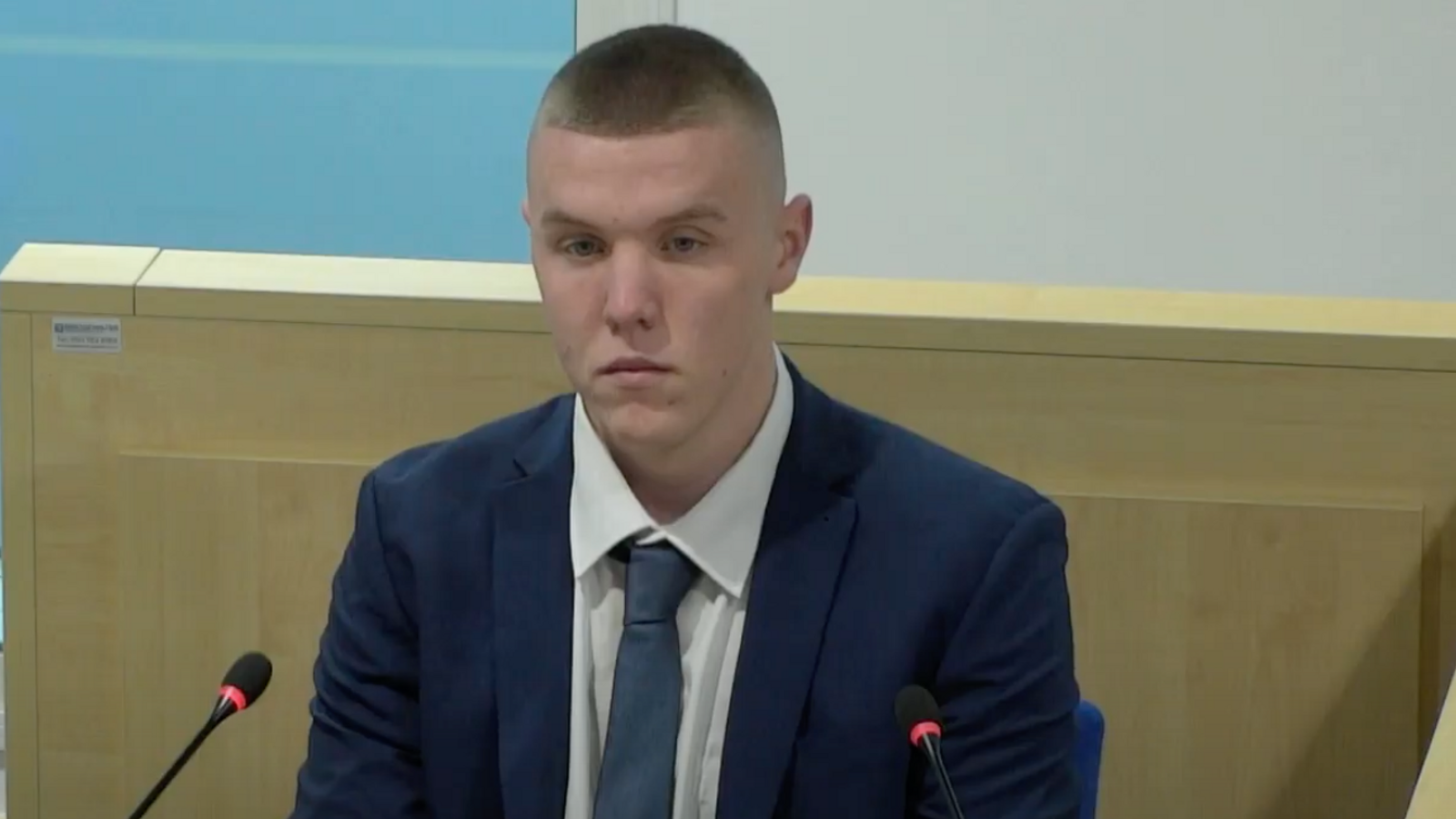 ‘I wanted to get it right and not mess it up by over-reacting or judging someone by their race’. This statement formed part of the evidence heard by the inquiry into the Manchester Arena terror attack this week, given by Kyle Lawler, a security guard on duty that night.

As he patrolled the Arena, Lawler saw Salman Abedi, the would-be bomber, and had a ‘bad feeling’, his gut telling him that a young Muslim man, amid a sea of teenage girls attending a pop concert, did not belong there. Tragically, the guard suppressed these instincts, telling himself that he was suspicious of Abedi because of the colour of his skin, not because he was ‘fidgety and sweating’, and that he ‘did not have anything to justify’ his suspicions.

It is cruelly ironic that this evidence was given in the same week that it was disclosed in a Home Office report that black people are disproportionately likely to be stopped and searched by the police. In theory, stop and search requires officers to have ‘reasonable grounds’ to question someone, but this is often not the case, with Section 60, a power under the Criminal Justice and Public Order Act, giving the police the right to search anyone found within a pre-defined area, no questions asked. Originally intended as a route to combat a specific risk of serious violence, the Conservative government lowered the bar last year, ostensibly empowering the police to fight crime, but in reality giving them greater licence to harass innocent citizens.

Regardless of a government’s political stripe, however, stop and search has always been problematic, with prejudice, unintentional or not, too often leading to minorities being disproportionately targeted. As this latest data shows, black people were nine times more likely to be stopped by the police, while over the course of the first lockdown this year, over a quarter of young black men were stopped and searched in London. This should be astonishing, but is little worse than what has come before. In 2018, black Londoners were subject to 43% of police searches, despite making up less than 16% of London’s population, and 2017 was little different, with black British people eight times more likely to be stopped than their white counterparts.

There is no legitimate excuse for this, with the collection of videos amassed by these young boys and men – and they are mostly male – showing officers stopping them for the most pathetically thin of pretexts. One video showed an officer asking a black man sitting outside his home what he was doing, and deciding that his response of ‘just chilling’ was enough to justify arresting him, while on Wednesday this week, two black men were stopped for fist bumping in the street.

In Migrating to Prison, Garcia Hernandez, an American scholar who studies the criminalisation of immigration, wrote about how, when arriving at Brown, an elite Ivy League university in America, he ‘saw more crime than I ever had before’, with ‘marijuana [coming] out from behind classics of English literature’. This was not crime that the campus cops showed much interest in – a stark contrast to the attitude of the police in the town Garcia Hernandez grew up in. When white middle-class men fist bump, it shows how black culture has entered society’s mainstream. When black men do it, it becomes a probable drug deal.

Nor is this an issue that the police alone need to recognise and redress. Alexandra Wilson, a young black barrister, has spoken movingly about the discrimination she faces as a junior member of the Bar, with judges, lawyers, and court staff too often oblivious to the obvious signs that she is a barrister, able to see nothing but the colour of her skin. She is certainly not alone in facing such unthinking prejudice, and if an erudite, well-spoken and smartly dressed woman is treated as inferior because of the colour of her skin by a group of people who should be particularly aware of the insidious nature of discrimination, it suggests that our society is a long way from coming even close to addressing the way it presumptively excludes so many from so much of it.

Tragedies such as that at the Manchester Arena, however, give succour to those who favour stop and search, and think that it is reasonable to search black people more often ‘because black people commit more crime’. Had Kyle Lawler listened to his gut, and challenged the nervous Abedi, or been more determined to contact his superiors and take instructions, a tragedy might have been averted. But by the same token, had the British officers who shot Jean Charles de Menezes dead in 2005, or the American officer who knelt on George Floyd’s neck, killing him, had not listened so strongly to their ‘gut’, those tragedies might have been averted too.

This does not mean that we should be blind to our suspicions, but that we should examine them. Kyle Lawler, even though a relatively untested 18 year old, should have been trained to distinguish between prejudice and genuine cause for alarm. Salman Abedi, walking down a Manchester high street with a backpack, should have aroused little attention. Put him at an Ariana Grande pop concert though, alongside a level of anxiety that seems excessive for even the most ardent ‘Arianator’, and you are not suspicious because he is Muslim, but because of how he is behaving.

It is equally important, however, to not throw the baby out with the bathwater. From here, it would be too easy to use this to argue that race should never be a factor, and that much as we should not denigrate people because of their race, nor should we elevate them because of their race. Such an argument proceeds along a well-trodden path, arguing that affirmative action and other diversity-based policies, such as that of the BBC, which seeks to elevate voices from minority communities, unfairly prioritises background over merit.

When Sonia Sotomayor, the Latina US Supreme Court justice, was appointed to the Court, she faced criticism for a speech where she suggested that a ‘wise Latina woman’, with the ‘richness of her experience’ would reach a better decision than a ‘white male who hasn’t lived that life’. While she was wrong to argue that someone’s heritage could make them a better judge per se, having a Hispanic woman from the Bronx Projects on the US Supreme Court strengthens it as an institution, not only because it shows that the Court represents all of society, but because it brings perspectives to the law that judges from more stereotypical backgrounds, talented though they may be, simply cannot offer. This is not because such judges are better, but because they are different.

Adopting this passive approach would also fail to protect vulnerable communities, such as the Orthodox Jewish community. This week, the Supreme Court handed down judgment in a case which challenged the housing policy of the Agudas Israel Housing Association, which advertised homes for rent, but only would consider ‘the Orthodox Jewish Community’. As the Supreme Court correctly decided, the policy did not hark back to a time of ‘no blacks, no dogs, no Irish’, but was a legitimate precaution taken by a community that sought to protect itself against antisemitism and to preserve its way of life. There is a clear distinction to be drawn between discrimination that seeks to inflict harm, and that which seeks to protect and elevate underprivileged parts of society.

Discrimination is an insidious wrong. Doubtless most police officers who stop and search innocent black teenagers think they are doing so because they are sure they have seen something suspicious, not because they take pleasure in harassing minorities. But such officers should pause and ask themselves if a white teenager behaved in the same way, would they view it with the same suspicion? At the same time, we should consider why such prejudices exist, and why some communities seem more vulnerable to the superficial allure of a life of crime than others.

Marcus Rashford’s campaign for poverty-stricken children shows us that too often these vulnerable children come from ethnic minority backgrounds, with their impoverished circumstances paving a path towards a life of crime. The Faganist allure of gang leaders, with their promises of camaraderie, their flaunting of status symbols, and their flashing of wads of cash can be hard to resist. Positive discrimination, that elevates and protects under-represented groups, combats this, showing children from minority backgrounds that they can meaningfully aspire to more, and this aspiration enhances and enriches our society. But this is not a solution that can work forever. More must be done to eradicate those factors that limit the potential of vast swathes of our society, and it must be done from the ground up. For one of the wealthiest countries in the world, ending child hunger would be a good place to start.