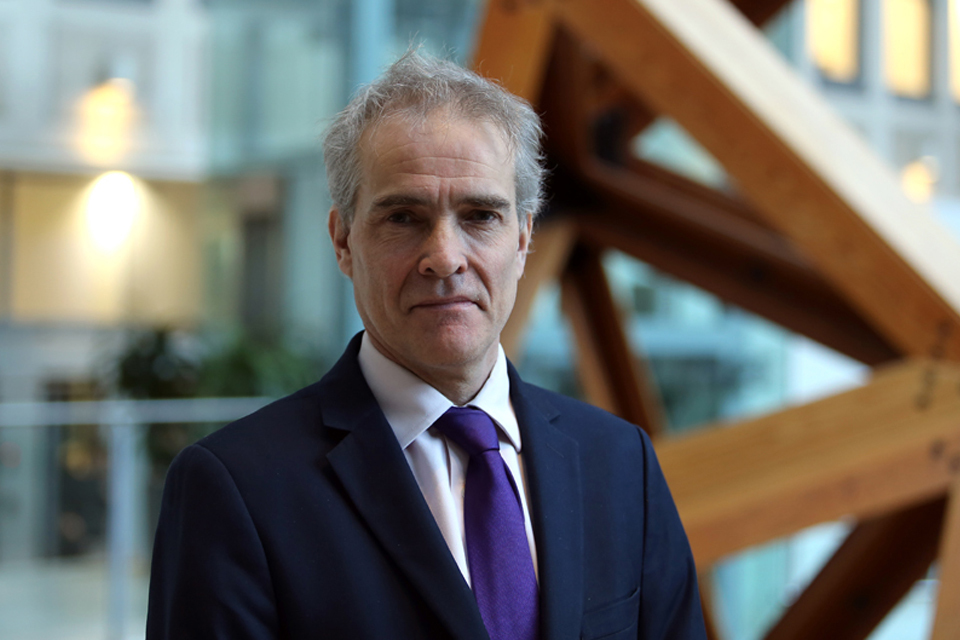 Too often prisons are out of sight and out of mind. It’s easy to become immune to the overcrowding, violence and self-harm. Today the preferred candidate to become the new Chief Inspector of Prisons will appear before an influential MPs’ committee. If Charlie Taylor is approved, as expected, he will not only take on a system facing problems on multiple fronts but now also emerging hesitantly from a pandemic.

Vicki Cardwell, CEO of Spark Inside argues this is a unique opportunity for a bold fresh approach to who we lock up and why.

In recent months the prison population across England and Wales has slowly reduced – now standing at a little over 79,000 (down from 86,000 plus).

However, stress levels inside are especially acute – 23 hour bang-up, no family visits until recent weeks, closed education and no gym. The mental health toll on imprisoned young people has been especially hard. In the first two months of lockdown, five prisoners took their own lives in six days, one was a young man of nineteen in a young offender institute. Whilst we do not yet know the long-term impact of lockdown on young people in prison, the outgoing prisons inspector Peter Clarke has warned after 33 short scrutiny inspections to prisons since March, ‘there is now a real risk of psychological decline among prisoners, which needs to be addressed urgently’. I agree.

As a new Chief Inspector of Prisons prepares to take office there are two major tasks in his inbox:

The first and immediate priority must be to call for the restoration of rehabilitation and education across the system. As schools have been re-opening and children returning to ‘new normal’ routines after the first wave of the pandemic, prisons have been much slower to move in the same direction. Most prison education classes are still empty – with only tentative plans to reopen. And yet we know that ‘purposeful activity’ is key to prisons providing the right conditions for decency and rehabilitation.

Our Spark Inside life-coaches work with young men from 15 – 25 years old in prisons. The help we give them has been life-saving. We not only help them but their families, friends and the communities they return to. We are one of many charities who the prison system relies on to improve people’s chances of a successful release into society. We are doing everything we can for our trained life-coaches to get back to what we know they do so well. In the spirit of innovation and creativity in the health crisis, we are due to take our life-coaching online to young men in one young offender institute.

Assuming MPs endorse Charlie Taylor as Chief Inspector of Prisons we are hopeful his background in education and the youth justice system will serve him well. In a recent government commissioned review (2016) he highlighted that most young people who fall into the system do so as previous victims of crime themselves and with their offending based on a childhood history of ‘abuse, chaotic family environments and drug and alcohol misuse’.

Over 14,000 number of children and young people are in prison and 18 to 24 year olds make up one tenth of the British population and yet account for one third of the admissions into prison. When children leave prison, recent figures show almost 70% go on to commit further crimes.

In short, re-offending rates are terrible. Too often prisons and young offender institutes prove ‘universities of crime’ for young men in particular. As a society we are addicted to sending young people to prison even though it doesn’t work.

Which brings me to what should be number two on the new inspector’s to-do-list. We need a bold, new direction for young people who commit crime. Where effective alternatives to prisons become the norm, not the exception. For many more children and young people, instead of custody we should use robust community penalties which address the underlying causes of crime, repair the harm caused to victims and set people onto a better crime-free path.

For the very few children who need to be detained, this should be in small, child-centred secure settings, near supportive family and community. Whilst ministers are ultimately responsible for justice policy and the sentencing framework, successive Chief Inspectors can create an environment for an informed discussion on what our prisons are for and what they can do. Take the government’s current legislative proposal for example, that ‘life means life’ for teenagers who commit some of the most terrible crimes, we need outside observers and those working in the system who speak to the reality of managing people in custody who have no hope of release.

The job of the inspectorate is, rightly, independent. However, many predecessors have been unexpectedly bold in their demand for change and improvements when confronted with the reality of conditions in prisons. Ex-army general Sir David Ramsbotham famously abandoned an inspection of the now closed Holloway women’s prison in protest at the overcrowded, ‘filthy’ conditions, rats and cockroaches. He demanded a change to women giving birth in chains. Nick Hardwick argued for the end of prison for all under18s, telling the Guardian, he didn’t like ‘getting used to things you shouldn’t’.

We are at a unique moment of opportunity. The pandemic has seen prisons emerging changed and ready for more change – virtual family visits via conference calls after years of stop-start have been widely introduced, online learning is evolving. Change is in the air. We urge the new Inspector to follow a healthy tradition of robust, innovative thinking.

Our print magazine is Proof. Contributors include Michael Mansfield QC, Bob Woffinden, David Rose, Eric Allison and Ian Cobain.
Buy Proof Magazine
The latest issue (Why legal aid matters) includes Helena Kennedy QC and Martha Spurrier in conversation, David Conn on the legacy of Hillsborough - plus how to build your own law centre.
Vicki is chief executive at the charity Spark Inside which runs coaching programmes in prison to encourage rehabilitation and reduce reoffending