The murder of PC Keith Blakelock: 30 years on

The murder of PC Keith Blakelock: 30 years on 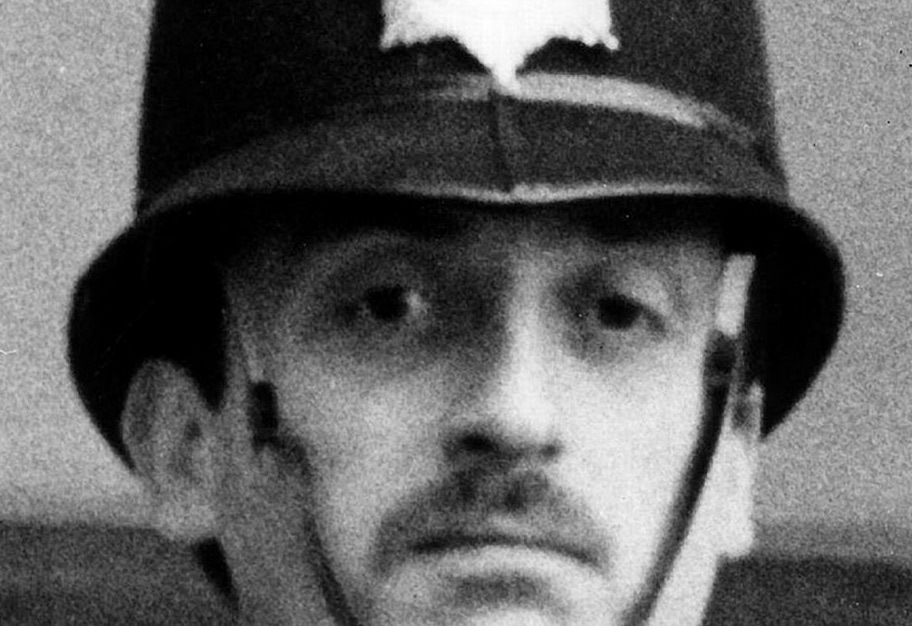 Nearly 30 years ago – on 6 October 1985 to be precise – Police Constable Keith Blakelock was killed on the Broadwater Farm Estate in Tottenham, North London, by a frenzied mob in the most brutal fashion. Relationships between the police and a section of the black community on the Estate had not been good for some time but the arrest of Floyd Jarrett and the death of his mother, Cynthia, during a police search of her house on the day before had heightened tension.

The following day rioting broke out.

Many would argue that Blakelock should not have been on the Broadwater Farm Estate that night. Untrained in public order policing, he was a home beat officer at Muswell Hill, but along with nine other constables, he had been ordered to parade at Hornsey Police Station. Under the command of Sergeant David Pengelly, their vehicle was a hired Sherpa van. Initially they remained on standby and had a break for refreshments at around 5pm. Then, on the instructions of Yankee Control, Pengelly was told to fit his unit out with fire resistant overalls, riot helmets and shields from an equipment van that was in the yard at Wood Green Police Station.

At this time a tenth constable was instructed to join Pengelly’s unit. Using the call sign – Serial 502 – they were then ordered to Seven Sisters Underground Station to meet a large number of youths arriving from elsewhere in London. But the youths failed to materialise and Pengelly was instructed to take Serial 502 to Gloucester Road, one of the four entrances to the Broadwater Farm Estate, and report to Chief Superintendent Colin Couch. When they arrived there were two other serials present but these were quickly deployed elsewhere. A fire appliance under the command of Assistant Divisional Officer Graham Holloway was also present.

‘Smelled like a trap’
When fire broke out in the supermarket located on the mezzanine floor of the nearby Tangmere Block, it was decided that the fire crew, protected by Serial 502, would take a hose up the steps of Tangmere Block to fight the fire. Constable Dick Coombes, the driver of the Sherpa van, who was himself seriously injured in the riot, remembers thinking that the whole thing ‘smelled like a trap’ and the fire had probably been lit to lure the police in. Nevertheless, Couch assured them that assistance was on the way. Led by Sergeant Pengelly, the 10 constables and the fire crew moved as quietly as possible across a section of grass between the road and Tangmere Block and climbed the concrete steps leading up to the mezzanine floor. On reaching it, the fire crew began to tackle the blaze but suddenly a large number of youths, many wearing balaclavas and carrying various weapons, appeared. The youths half encircled the group of police officers and fire crew, leaving only the stairs up which they had come free. Pengelly tried to tell the mob that once the fire was out both they and the fire crew would withdraw but this was ignored, and the youths rushed forward in an attempt to cut off their only means of escape – the stairs.

Surrounding the fire crew, the officers, retreated down the stairs, using the long shields as best they could for protection, as they were attacked by the mob wielding swords, spears, and knives on the end of poles. One person tried to light a flame-thrower amidst cries of ‘Burn the bacon’. Once they reached the bottom of the stairs, the police officers and fire crew made a run for the road, but Blakelock slipped on the grass and fell. He was immediately set upon by at least 30 masked men who tore away his shield, truncheon and helmet, and hacked at his struggling body with a variety of weapons. His arms were slashed, his fingers half-chopped off, stakes and knives were plunged into his chest and neck, but he did not die.

Running back to help him, Coombes found his route blocked by another gang of youths and he was knocked to the ground by a vicious blow across the face with an iron bar. The mob then set about him, tearing of his visor and his jawbone was shattered by a machete before he lost consciousness. Another officer, Michael Shepherd, who had turned back with Coombes, was felled with an iron spike and tried to protect him by putting his shield over his body. Pengelly too, raced back towards Blakelock’s fallen body, hitting out with his truncheon.

Meanwhile, a Divisional Fire Officer, Trevor Stratford and Constable Maxwell Roberts managed to reach the severely-wounded Blakelock and, despite being attacked themselves, with the help of Sergeant Pengelly, they managed to drag the collapsed body of Blakelock up the grass slope to the relative safety of the road. His face was a bloody mess, the handle of a serrated knife, which had been driven four inches into his neck stuck out from beneath one ear and a gaping wound ran from his lips to the back of his shoulders. It was later discovered that he had 46 stab wounds in his chest, back and limbs. Firemen tried to revive Blakelock as he was rushed to hospital but he died before they could reach it.

All 11 constables, along with Divisional Officer Stratford of the London Fire Brigade, were subsequently awarded the Queen’s Gallantry Medal. For his outstanding leadership, Sergeant Pengelly was awarded the George Medal.

Tony was a divisional commander in the Met Police and was involved in many high profile policing events. He is the author of Policing Notting Hill: 50 years of turbulence (2013) and The Killing of Constable Keith Blakelock (2015) - both published by the Waterside Press

Our print magazine is Proof. Contributors include Michael Mansfield QC, Bob Woffinden, David Rose, Eric Allison and Ian Cobain.
Buy Proof Magazine
The latest issue (Why legal aid matters) includes Helena Kennedy QC and Martha Spurrier in conversation, David Conn on the legacy of Hillsborough - plus how to build your own law centre.
Tony was a divisional commander in the Met Police and was involved in many high profile policing events. He is the author of Policing Notting Hill: 50 years of turbulence (2013) and The Killing of Constable Keith Blakelock (2015) - both published by the Waterside Press