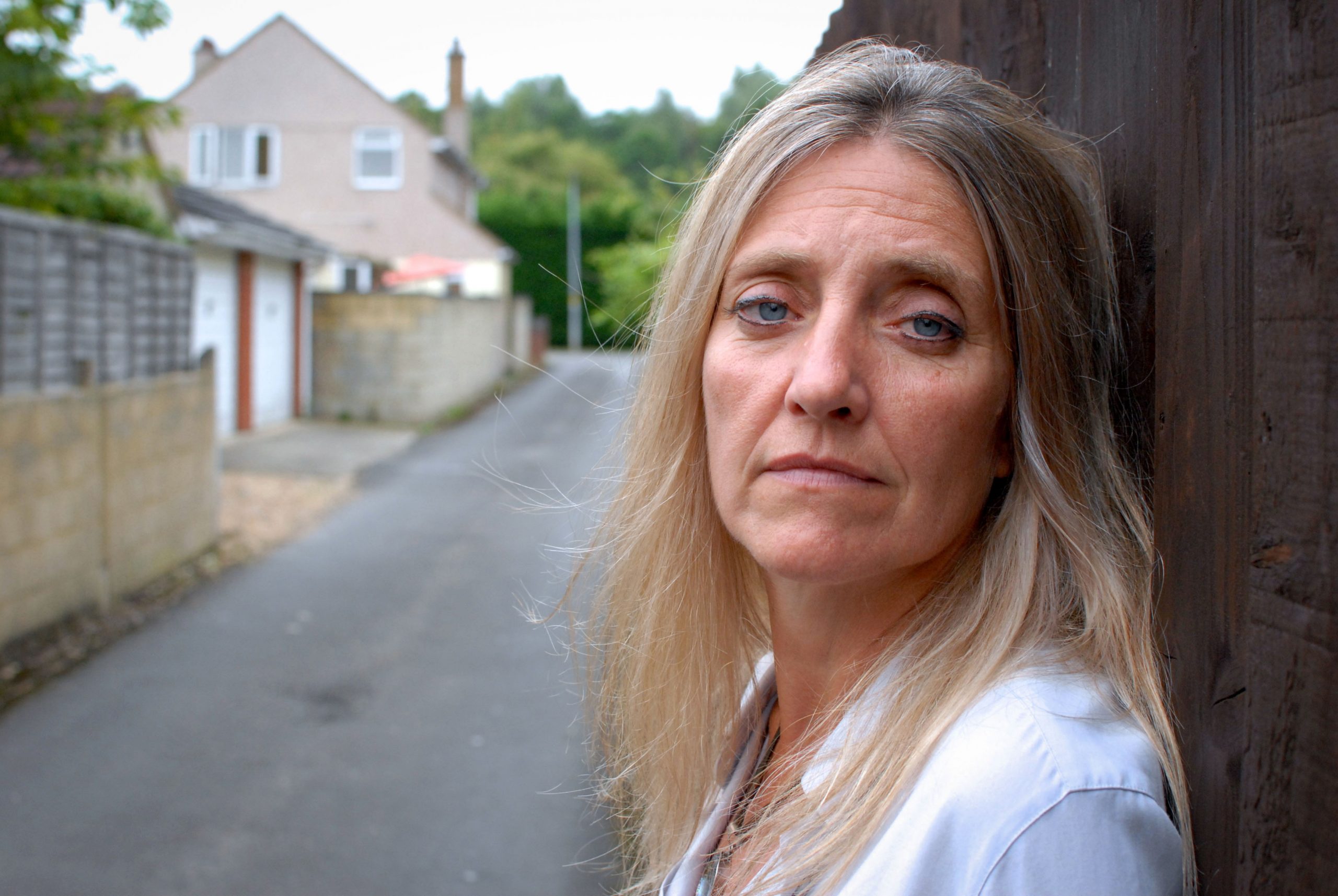 INTERVIEW: A new series of BBC 2’s true crime documentary Conviction begins tonight following the work of Inside Justice in their re-examination of the case of Glyn Razzell. The legal charity’s director Louise Shorter talks to Jon Robins.

‘I’m grateful for any help I get,’ Glyn Razzell tells Louise Shorter at the start of Conviction: Murder in Suburbia. In the first of a two-part documentary, Razzell, found guilty of killing his estranged wife Linda in 2003, rings the journalist up at home. ‘I’ve been in prison for 14 years and I’ve had enough of it,’ he says.

Linda disappeared on March 19, 2002 after dropping her children off at school. Her body was never found. Glyn Razzell has always protested his innocence. He claims to believe his wife staged her own disappearance. ‘I’ve always hoped that she will be found alive… You never give up hope,’ he tells Shorter.

‘We’re overrun with applications,’ Louise Shorter tells me. Inside Justice has so far received 1,124 requests for help since it was set up by the former Rough Justice producer in 2010. At any one time the small charity is investigating about dozen cases of potential wrongful conviction.

So how does Inside Justice decide which cases to spend its very limited resources on? All applications to the group go through a strict filtering process handled by five assessors with case review backgrounds.

Many cases don’t pass the group’s minimum criteria (set out on their website). ‘We don’t take on a case where there’s no objective evidence other than one person’s word against another,’ Shorter explains. That immediately excludes a significant swathe of applicants including those relating to sexual offences or historic cases.

The group also doesn’t take on cases unless the prisoner has at least five years of their sentence left to serve. ‘I’ve a tinge of regret about that, as well,’ the journalist says. ‘If somebody has been released from prison and they’ve been wrongly convicted, the stigma stays with them and that has a profound effect on them for the rest of their days.’

Shorter continues: ‘I wish we could take on those cases but it is a matter prioritising who we’re going to look at: somebody who’s going to spend the next ten to 20 years in prison unless they get their convictions quashed or somebody who has got a couple of years and will be released even if they have that stigma.’

A major obstacle to potential successful appeals is the state of paperwork documenting a case. Inside Justice only considers those cases where an applicant has, for example, the trial judge’s summing up; the prosecution’s opening statement; or the CCRC’s statement of reasons. ‘They need something that sets out objectively what the evidence was at the time of the crime and conviction,’ Shorter explains. ‘In the old days, we’d say to people we’ll try and find the paperwork for them – but that’s such a time-consuming task. We now don’t do that.’

The approach of Inside Justice’s case reviewers is ‘to look at it as if it was an unsolved case – then, ask, what we would do now?’ ‘The first thing we always do is try and identify what was the single best thing the prosecution had. People often say that police were biased; there was corruption; or that something was wrong with jury or the trial process. Those things might need to be looked at but, if there’s a one in 1 billion DNA hit at the time of the trial, then that is where you start.’

A case is not considered ‘open’ by Inside Justice until the group’s advisory panel (which includes a retired judge, a former senior detective as well as forensic experts and lawyers) votes in support of it. ‘There is a misconception that everybody who applies to us has Inside Justice working on it,’ Shorter says. The group has 19 open cases including five which are actively being considered by the Criminal Cases Review Commission and has received a couple of recent knock-backs.

The journalist doesn’t want to get drawn on her views on the miscarriage of justice watchdog, other than to say: ‘We’ve always tried to work collaboratively together with everyone. When I set up Inside Justice in 2010 there was a lot of anti-CCRC feeling which I didn’t want to engage in at all. It seemed pointless to me.’ 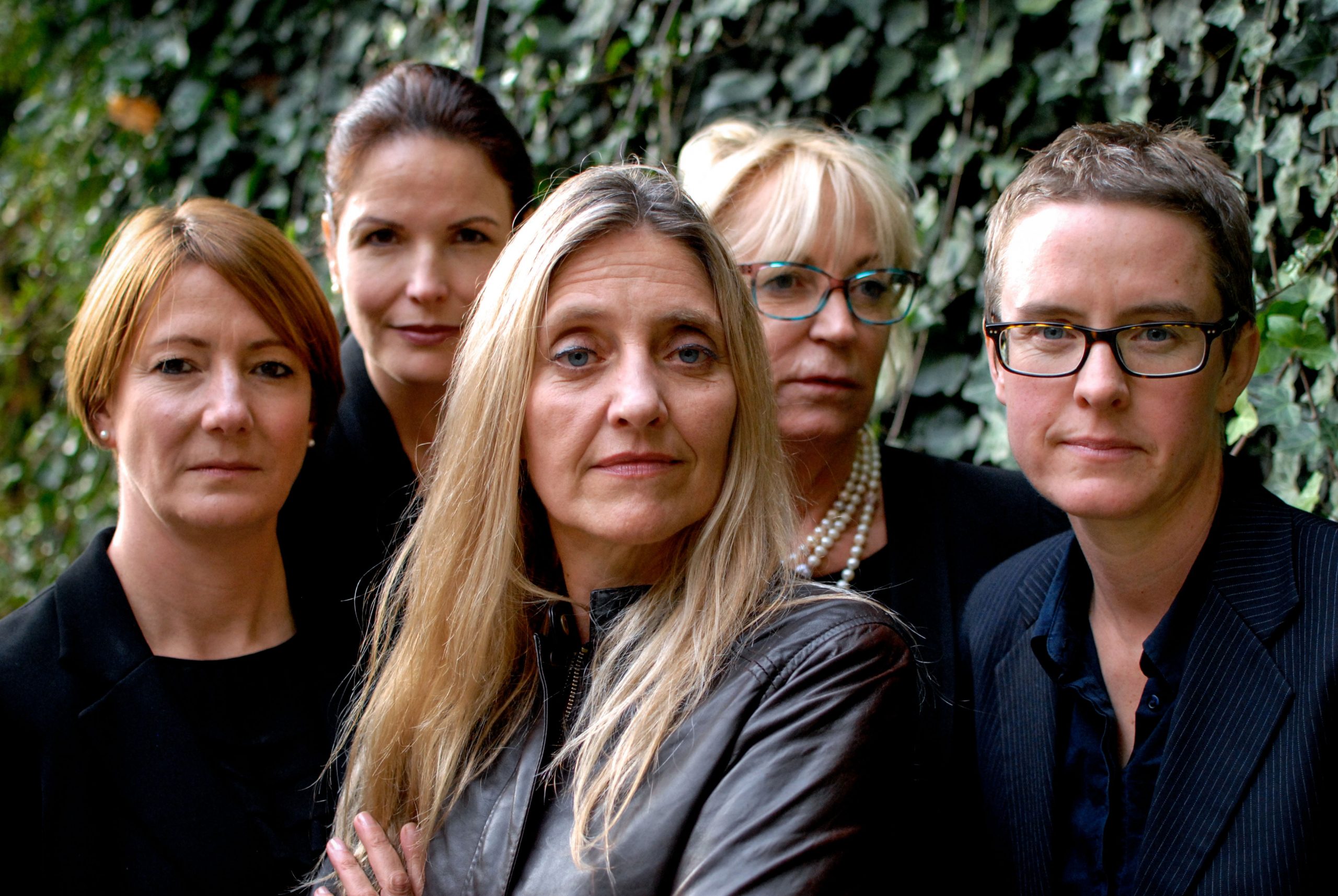 Murder in Suburbia
So if the starting point for an Inside Justice investigation is ‘the single best thing the prosecution had’, what was the strongest aspect of the case against Glyn Razzell? Shorter replies that it was the presence of Linda’s blood discovered in the boot of a car used by him on the day that she disappeared. ‘We started looking at the case because there were some strange circumstances around the finding of that evidence,’ she continues. ‘The blood hadn’t been found on the first search, not even on the second search – the car has been in the police garage for many days.’

They also had concerns about the way in which the DNA profile for Linda was created. ‘Her body had never been found and so the usual processes for creating a DNA profile for the victim were not available to the police. They had to use other methods: hair from a brush, medical records etc. We wanted to look at whether it was robust, or would they have come to the same view if techniques around today would’ve been applied.’

The Glyn Razzell case, a compelling and disturbing story, features in the opening chapter of Bob Woffinden’s 2016 book The Nicholas Cases: Casualties of Justice. The late investigative journalist explores the possibility of Linda deliberately disappearing and how, as an avid reader of crime fiction, she might have been inspired by a Linda La Plante plotline. According to Woffinden, the police even commissioned a report comparing similarities between the two.

‘Ultimately, the idea of a mother abandoning her children may be no more surprising than that of the abandoned children texting to their  absent mother the message: ‘All we want to see you to come home but if you feel you can’t, that’s fine.’
Bob Woffinden, The Nicholas Cases

There is another theory. Speaking on BBC Radio 4’s Today Programme in 2016, ex-detective Steve Fulcher claimed a double murderer could have be linked to six other murders including Linda. Fulcher resigned from Wiltshire Police in 2014 after being found guilty of  misconduct as a result of failing to follow the proper procedures when arresting the killer Christopher Halliwell in 2011.

Shorter recalls hearing the interview with Fulcher. ‘I thought that’s what happens in these cases. Somebody can be protesting their innocence for years and years and then something else will come along that hasn’t been on anyone’s radar and it suddenly makes things click into place. That’s what got me started.’

Shorter spent a decade working on BBC’s ground-breaking miscarriage of justice series Rough Justice. You can read Shorter on the demise of Rough Justice on the Justice Gap here. ‘The problem we all face in bringing these stories into the public arena is one of risk and investment compared to today’s standards of quick turnaround telly fixated with celebrity,’ she wrote.

So what does media exposure bring to these cases?  ‘If you have program-makers following the progress of a case it means that resources are suddenly poured into it,’ she says.

Her last Rough Justice investigated the wrongful convictions of Barri White for the murder of Rachel Manning and Keith Hyatt for perverting the course of justice. Their convictions were quashed in 2007. The success of the prosecution depended on forensic evidence that Rachel’s body had been transported in Hyatt’s van. As a result of the BBC investigation new tests were commissioned. ‘That served a dual purpose. One is that we needed to do this experimentally for the case; and the other was that we needed to film something to be able to tell people what it was we were doing.’

‘It gives a real injection of time, energy and resources,’ Shorter reckons. ‘TV programs have a timescale: they’re expensive to make and for a short time everybody is working 10 to 12 hour days to find something to push a case forward. That can make the world of difference in the case itself and whether it goes to appeal or not.’

Four out of 10 miscarriages of justice involve unreliable witnesses, according to new database

Eight out of 10 police forces are unaware of…
Over 84,000 sign petition to overturn murder…
Post-conviction disclosure regime ‘not fit for purpose’
Colin Norris: 'Angel of Death' nurse case goes back…
Convicted drug dealer takes fight to clear name to…