The Israel-Gaza violence, Eurovision and what’s music got to do with it

The Israel-Gaza violence, Eurovision and what’s music got to do with it 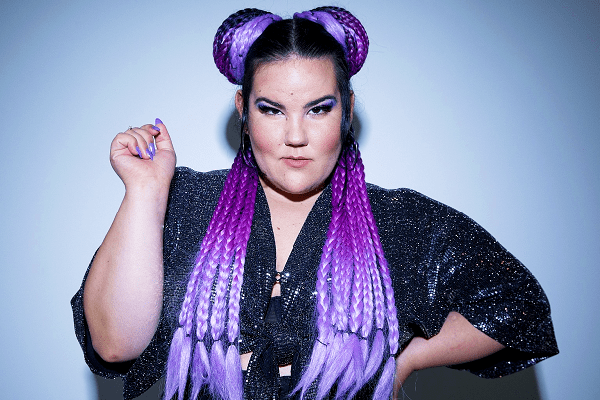 As I write, at least 139 people have been killed in Gaza and nine in Israel since the flighting started seven days ago. As we prepare to watch the 65th edition of the Eurovision Song Contest, some have asked for Israel’s removal from the competition in condemnation of the violence in Gaza. At the same time, thousands are marching through London calling on the UK government to stop what they are naming as ‘Israel’s brutal violence against and oppression of the Palestinian people’. Confusing? Let’s unpack these events briefly.

The violence in Gaza and Israel this week has been described as the worst since 2014. There is a general consensus that the conflict started with the establishment of the state of Israel in 1948. When all nations around the world were celebrating the end of a second, shameful world war, the Arab world and Palestinians in particular were paying the price for a ‘safe haven for the Jews of the world’, where they would finally have the right to self-determination.

The truth is that the tension started in 1917 with the signing of the Balfour Declaration, which proposed to ‘favour the establishment in Palestine of a national home for the Jewish people, but that nothing should be done to prejudice the civil and religious rights of the existing non-Jewish communities in Palestine’. This was principally the doing of the then all mighty British Empire, and the Anglo-French Sykes–Picot Agreement.

Power and control
History is important, if we want to put current news in context and to truly understand the factors that impede progress on social justice. I have argued many times (Gavrielides, 2021) that inequality and injustice are not concepts detached from power (Gavrielides, 2016). In fact, we now have enough evidence to believe that the maintenance of power and control are the biggest drivers of disadvantage and suffering (Gavrielides, 2021). I have also argued that one of the levers that is used to maintain power for control relates to the politics of nationalism. Motyl describes nationalism as ‘the structural conditions of modern society in order to exist’ (2001: 23). A closer look reveals that the notion is far more complicated, particularly when put in the context of universal values that aim to restrain power without geographical limitations including human rights.

Often attached to nationalism are the notions of identity and community. History and the extant literature have provided enough evidence to safely state that certain groups in modern society, as these are represented by small and large political parties, believe that the concept of nation and citizenship should be limited to one ethnic or identity group, including one culture or religion. Often, what is perceived to be inconsistencies between the defined social order and the experience of that social order by its members results in a situation of anomie that nationalists seek to resolve. They do so by engaging in acts, policies, structural reforms and politics that aim to remove whatever elements are deemed unacceptable. Some of these acts may even be the result of hate or fear towards certain groups, but also others who are merely different. In this journey, universal values expressed in civil rights and human rights treaties are seen as a hindrance to national sovereignty and a destruction from pursuing national interests.

So, what’s music got to do with it?

Sixty-five years ago, we all needed a bit of unity and moral boosting. We signed our European Convention on Human Rights and the UN Declaration of Human Rights in the hope that governmental power will be answerable to the moral and legal order of the people of Europe. But also what a great idea it was to unite Europe through music. After all, art in any form is universal, and independently of language it can bring people together at least for the 2-3 minutes of each song, or indeed the three-hour competition. Of course, in more recent years, the song contest changed in objectives, shapes and forms with some presenting it as a new political tool for the celebration not of unity, but of power. Others have used it to ridicule powerful countries.

So, if Israel must be removed due to the recent events in Gaza, then so must others. Turkey, for example, has been occupying the northern part of Cyprus since 1974. While we have all accepted the divided island into the EU family and the continuous suffering of both Turkish Cypriots and Greek Cypriots, we sing along and wait for the last generation of Cypriots who remember the events to go away.

Powers of control and fears of upsetting status quo keep us blind from what is clearer than a morning on a bright sunny day. It is because of these powers of control that we fail to unite and indeed fight for each other’s differences. Just like all other examples in history, the conflict in Gaza is manipulated by the same forces of power and control, and thus solutions must move beyond silo thinking, and towards consensus through power sharing and dialectic approaches such as those offered by restorative justice. When we are able to step down from our own positions of power and share what we have so that we can truly listen, then transformation is possible. This is not just a foolish claim of a dreamer, but an ethos that has been put into practice through various examples in Rwanda, South Africa, Canada and Latin America.

The levers that motivate the abuse of power and create control are not made of steel. They can be broken. Reversing the backlash of social justice is not impossible. So, the first step for everyone to take, whether with or without power, is to acknowledge the existence of forces of power and control and, post this acknowledgement, believe that the status quo that they create can indeed change.

2 responses to “The Israel-Gaza violence, Eurovision and what’s music got to do with it”

Sheikh Jarrah and equality in Israel
Burchill, Robinson, Twitter and debates of racism…
The iniquity of privatised prisons
Over half of women murdered were killed by men with…
Inquest into death of four-month old Alfie Gildea begins