The BackTo60 campaign and the rule of law

The BackTo60 campaign and the rule of law 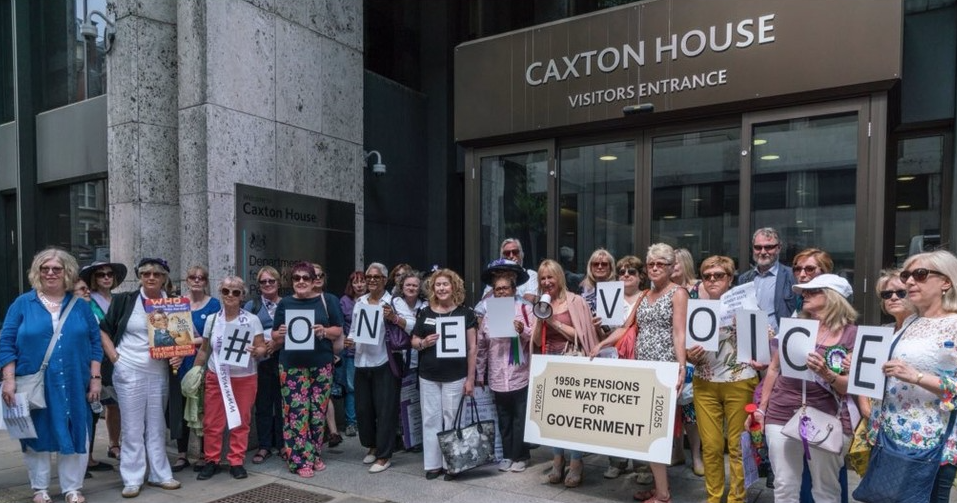 As of this year, women and men become eligible for a state pension at the same age, 66 years, with women no longer advantaged by early eligibility. The lawfulness of this change, which was challenged in the courts by two women, Ms Delve and Ms Glynn, was confirmed by the Court of Appeal this week. Unsurprisingly, the claimants and the campaigning group supporting them, BackTo60, have reacted with disappointment, with Joanne Welch, the campaign’s director, calling it ‘unconscionable’, and considering an appeal to the Supreme Court.

It is not difficult to have sympathy for the women who brought this case and those affected by the decision. Women born in the 1950s were a generation, perhaps the last, still yoked to the notion that a woman’s time should be spent shuttling between the kitchen and the children, with any time left over spent attending to their husband’s needs. There was little opportunity for them to find a career, establish themselves in an industry, and, crucially, gain financial independence. Even as opportunities for women in the workplace began to grow, for many, the expectations of society, or the appeal of a life spent raising their children at home over one spent commuting from that home to the grey tedium of an office, exerted too strong a pull, with women in their twenties and early thirties exchanging financial independence for supposed domestic tranquillity.

In part to address the needs of such women in old age, the UK’s pension system was under near constant construction and reconstruction throughout the 20th century, with politicians and civil servants trying to give dignity to the elderly while ensuring that the system was sustainable in the long-term. With most women having no private pension, as well as tending to be younger than their husbands, to live longer than most men and to have fewer employment opportunities than men, the Old Age and Widows’ Pension Act 1940 lowered their pension age, while maintaining the men’s age at sixty five.

But society cannot stay in stasis, and laws must evolve to suit the society that exists, not the one that has passed, even if that means taking away advantages that some still think they deserve – or may actually deserve. By the 1990s, women were no longer expected to docilely remain at home, but to have careers of their own and pensions to go with them. Given this, the Major Government sparked the move towards equal pension ages with the Pensions Act 1995, but staggered the move towards equality over 25 years, with the pension age for women only reaching 65 in April of this year. The Act was intended to make pensions more financially sustainable, and to remedy the ostensible inequality that existed between men and women- as well as bringing the UK in line with a decision of the European Court of Justice.

The need to equalise pension ages can reasonably be disputed. Women have yet to achieve true equality in the workplace, and are still the more likely to take up caring responsibilities for children and elderly parents. But it would be wrong to suggest that in changing the pension entitlements, women had their pensions ‘stolen’, as if there was a pot set aside for each recipient that personally belonged to them, and the government was depriving them of it for an extra five years. Instead, parliament was changing the rules of eligibility for a state benefit. It had decided that the new needs and circumstances of society justified a change in pension provision, and acted accordingly. This was the conclusion reached by the Court of Appeal too, who ruled that while the question of whether the changes were ‘good or bad’ might be a live one, it was not one for the court, but for parliament and the wider public, to decide.

Judging from the response of the campaign who helped bring the case, they did not share this sentiment. The campaign issued a boilerplate statement, expressing their regret and intent to appeal, while their supporters descended to vitriol online, condemning the judiciary and suggesting that the decision was an open and shut case of judicial corruption, rather than of the judicial branch legitimately deferring on matters of broad social and economic policy to the executive and the legislature. This cry of injustice was taken up by some MPs, with Zarah Sultana agreeing on twitter that the women had had been ‘robbed’ of their pensions, and promising to ‘stand by them as they campaign for justice’.

Setting aside the incoherence of their claims of theft, the more worrying element is the rapid descent into talk of judicial corruption. For a judicial system to function, society writ large must have faith in its impartiality and independence. The absence of any democratic checks – an absence that is crucial in preserving their independence – means that the viability of the system can only be sustained by faith alone – and if too many cracks ripple across its facade, it will be vulnerable to collapse.

Much damage has already been done to our judiciary by the autocratic right of the Conservative Party, aided by complaisant media outlets. While the criticism of judges is inverted here, with campaigners accusing them of being in hoc to the government, it is difficult not to imagine that the denigration of the judges is not, at least in part, due to this constant undermining of their independence and authority. Once the seed of doubt as to judicial impartiality has been sown, it is all too easy for any unhappy litigants to put it down to bias rather than law. This need for impartiality – and the judges’ recognition of it- was clearly seen in a case that Amnesty International, the human rights organisation, intervened in during the 1990s. In this case, which concerned General Pinochet, Lord Hoffman was part of the majority in the House of Lords, siding with Amnesty in a narrow 3-2 decision. Shortly after, it emerged that Hoffman was the chairman of a trust connected to Amnesty, and that his wife was employed by the organisation, and the legitimacy of the Lords’ decision was duly challenged. Unsurprisingly, the law lords set aside the first decision, ruling that even if Hoffman’s decision was not tainted, it was as important that justice was seen to be done, as well as being done.

It is this context that Lord Sumption’s contributions to the debate over coronavirus should be seen. His criticisms of the government’s response, and arguments in favour of a libertarian response, have been spread far and wide, with David Aaronovitch, a commentator for The Times, writing in his column this week that Sumption has transformed himself into a ‘ubiquitous commentator on the coronavirus’. This is a significant departure from the behaviour of past judges. By convention, judges do not comment on political events while they are on the bench, and after they retire, they closely guard their opinions- only speaking out in times of utmost exigency. Of course, there are always lectures and interviews where political views may creep out – think of Ruth Bader Ginsburg’s comments on Donald Trump before he was elected President, when she said in an interview that he was a ‘faker’ with an ‘ego’ – but, by and large, the judiciary keep mum. Instead, Lord Sumption has used his Reith Lectures and his commentary on the prorogation decision as a springboard into political commentary.

As Lord Sumption has said in interview, he is no longer a judge, but a private citizen (even though at one stage, he was on the reserve panel to sit on the Supreme Court if need be), and is entitled to his views. This is technically correct, but fails to acknowledge that his views are sought after because he was a justice of the Supreme Court. Couple this with the fact that many who hear him will accord greater weight to his opinions, and may even guide their actions by it, and it is clear how he can come to be seen as a political actor, not a legal one.

Ultimately though, the issue is not that Lord Sumption may be unintentionally causing a few extra people to break regulations, but that he is stripping away the facade of judicial neutrality. Walter Bagehot, the British constitutionalist, divided the British state into two parts – the dignified part, such as the monarchy, and the efficient part, such as the government and parliament. Judges straddle both parts, but much of their popular legitimacy comes from their dignity – the robes, the courtroom, the pomp and circumstances. All of this is to emphasise their impartiality and their duty to the court. What interventions like Sumption’s do, even though he is now retired, is strip away this dignified facade, revealing that under their robes, judges are people just like us. And once that is done, the pedestal their judgments sit upon starts to fracture just a little more.

The reaction of the BackTo60 campaign’s supporters to the Court of Appeal’s decision could be easily dismissed as the dissatisfaction of disgruntled losers. But given the state of our constitution, perhaps they are better seen as the canaries in the coal mine, showing what the public is starting to believe. In months to come, it is likely that we will need former judges to defend core principles of our constitution, as the government lays siege to international law, the rule of law and judicial independence. They will need all the dignity they can get.