Why student miscarriage projects struggle to make applications to the CCRC

Why student miscarriage projects struggle to make applications to the CCRC 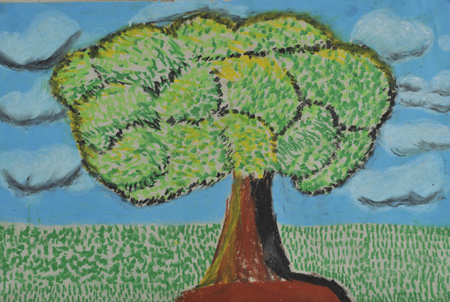 This article attempts to clarify some of the issues raised in the recent article by chair of the Criminal Cases Review Commission (CCRC) Richard Foster (‘We genuinely welcome applications from you’). This and other articles have contributed to a recent debate about the nature of student-based innocence/pro bono projects and their relationship to the CCRC. Let me start with some points of agreement with Mr Foster’s comments:

These, I suggest, are some of the reasons:

I have attended many presentations by representatives of the CCRC to innocence projects and other groups and the message is always the same: We need new evidence that is significant enough to undermine key evidence in the case. The application needs to be focused in line with a rule-governed process. A Commissioner once advised me, entirely in line with this position: ‘Don’t go lurking doubt.’ This is the irony of the Commission’s position when it is suggested that projects should make more referrals to it: The bar is set so high that formulating a feasible application is very difficult and may in fact often be impossible. Projects are in fact acting responsibly in not referring cases that lack even a semblance of the very demanding CCRC/Court of Appeal’s stated requirements.

The reality, in my experience, is that many cases ending up with student pro bono projects are in fact, for want of a better expression, lurking doubt cases. The evidence that convicted them is often weak, contradictory, unfairly investigated or presented and/or simply not enough to prove guilt, and not enough to be safe. We don’t know why the jury convicted them, or in some cases why the police and CPS prosecuted them, but the appeal system cannot bring itself to consider that the investigation and trial may simply have produced the wrong outcome.

This is why we need the CCRC to support the call for the approach of the Court of Appeal to be reviewed to bring the situation in line with the original aim of the Royal Commission of 1993 – that cases should be reviewed by the Court of Appeal if a miscarriage of justice may have occurred for whatever reason, regardless of whether there was new evidence or legal anomaly. Then there would be more applications from our projects and many of them would be powerful and valid ones. Mr Foster and others have kindly acknowledged the input of Cardiff’s project in making applications but it might be enlightening to consider the outcome of those applications before we get carried away with any notion of success.

Figures and outcomes from Cardiff

12 Applications, six of these had had a previous CCRC application rejected before coming to our project;

Eight substantive responses to CCRC rejections of above cases –all unsuccessful;

Six (eight with re-applications) have been rejected (although two are still being contested in some way);

One is currently being reviewed by the CCRC;

Four are awaiting the allocation of a Case Review Manager at the CCRC to start the full review (estimates given for the start of the review ranging from the end of this month to this time next year);

One  case referred to the Court of Appeal by the CCRC and conviction quashed.

In one case we prepared a substantial CCRC application that the client decided not to use for fear that it might have an adverse effect on his chances of progressing through the prison system and achieving release on licence. The prison system will sometimes use ‘being an appellant’ (even when they are not at that stage) as a reason to restrict progression.

The purpose of setting out these figures is to show that there is really no point in making CCRC applications unless they are strong ones. We have a poor track record on display here but I have no doubt that we have done our best with each of our applications and we have never submitted an application that did not raise serious concerns about the case or try to raise at least a new argument or suggest a course of action that might lead to new evidence. Our clients, and often referring lawyers, have always been pleased with the quality of the application and have maintained that view even after receiving CCRC rejections.

Given the general failure of applications that have taken years of in-depth work and serious attempts to focus in on issues (notwithstanding a regular plea to also see the case holistically as one of lurking doubt) our experience suggests that most projects are right not to submit applications unless they are really strong, because even those that seem really strong to us seem destined to fail.

I sympathise with the plight of the CCRC in terms of the unmanageable number of applications being received but it has to be said that our suggestions for investigations and testing of evidence have very rarely been taken up by the CCRC and we have in the main received Statements of Reasons that do little more than provide a set of reasons for not testing or investigating the arguments in the application. It is worth noting that many applicants have said to us that, hard as it is, they can cope with the delays as long as the review investigates the issues raised with rigour and insight and leads to a just and fair outcome.

I am not suggesting that projects should be too shy of making referrals but they are right to try to make them as good as they possibly can to make the chances of success a bit less remote. Above all of course, applicants want to be exonerated.

It may be however that projects of this kind can have another valuable role: that of supporting desperate people regardless of success, sticking with cases however hard because we believe (not naively, but based on evidence) in their innocence, showing that somebody does give a damn about the terrible experiences of the wrongly convicted and their families and friends. Student projects are not best placed to do this of course but then who is?

The appeal system (and the criminal justice system generally) seems to be contrived to create a situation where the CCRC, who should be our natural ally, ends up being perceived as part of the problem. We do not want conflict; rather we would welcome the CCRC’s support in changing the system, supporting calls (such as that of the Justice Select Committee) for reviewing the Court of Appeal’s approach and challenging the Court of Appeal by referring cases where there are serious concerns for whatever reason.

In his interview with Jon Robins of the Justice Gap, Richard Foster used the simile of people with a terminal illness to represent the clients of student-based projects ( ‘If you think that you have a terminal illness, would you rather have your case considered by medical students in the bar on Friday night – or would you rather send it to a consultant oncologist?’). In some respects this was an insightful comparison. As things stand perhaps the best innocence projects and the like can offer is palliative care. Our recent working conference at Cardiff however showed that the movement is full of vitality whatever the challenges. The moral that emerges from the many classic miscarriages of justice campaigns that have been resolved after decades of institutional denial is that we should never give up if we believe that a miscarriage of justice has occurred.