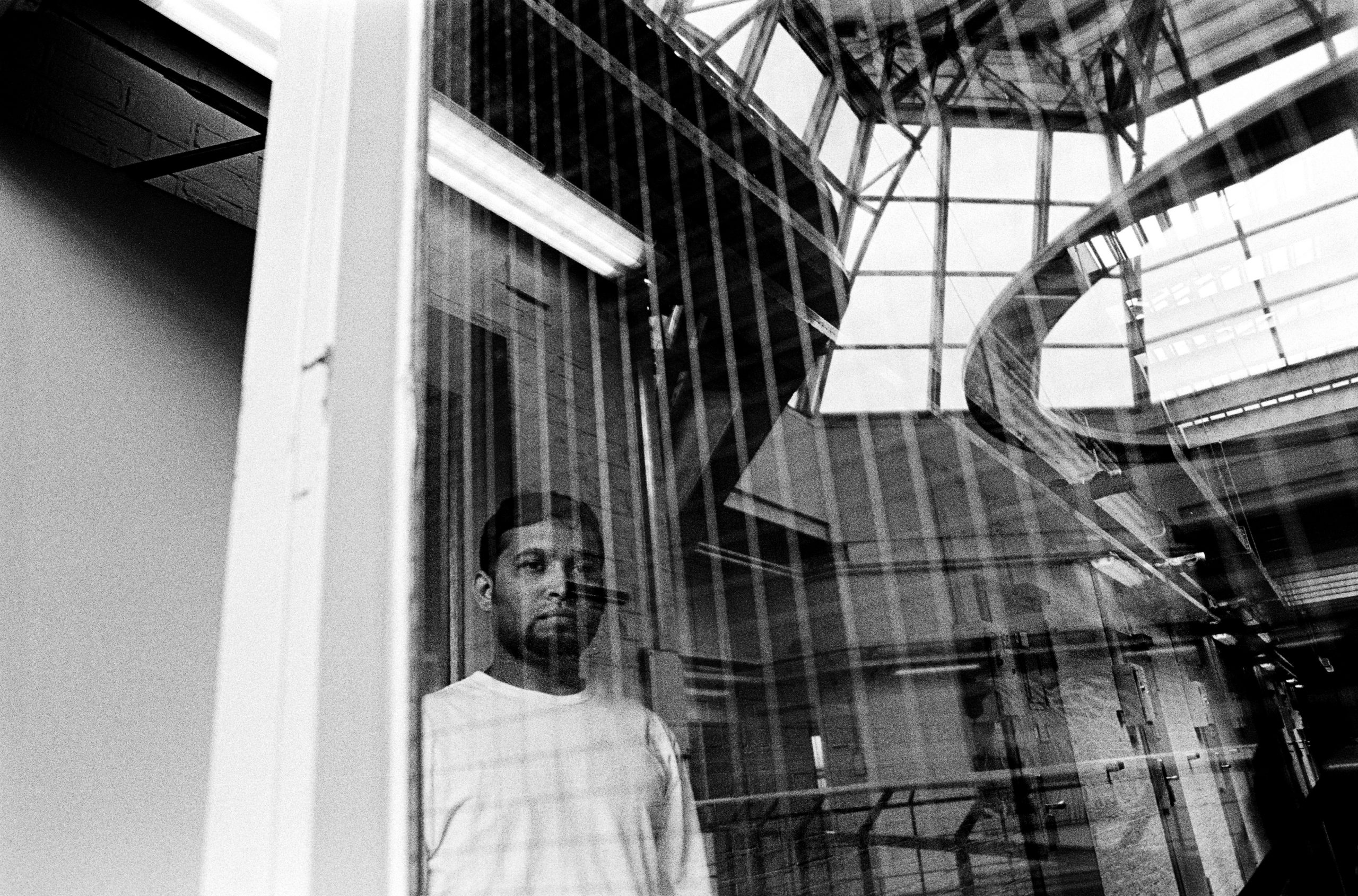 "I feel like I am ball where I am going from one place to another, from another to another. I have absolutely no control over my own life. The asylum procedure has been just a big game. People were not recognizing and talking about my actual problem."

‘I have absolutely no control over my own life.’ Photos by Greg Constantine (www.nowherepeople.org)

Peter is in his late fifties. He came to the UK about 20 years ago from Nigeria and made several attempts to obtain legal status, all of which failed. Without this, he was not allowed to work and was convicted for working illegally. After serving his custodial sentence he spent nine months in immigration detention while attempts were made by the Home Office to remove him. Frustrated and desperate to end his detention he had signed up to return voluntarily to Nigeria.

Unfortunately, to those working with migrants nothing about Peter’s story so far will strike them as unusual. Peter is only one of thousands of migrants who pass through the detention system. The UK uses immigration detention more frequently than most other countries in the EU. In 2015 33,000 individuals were detained in immigration detention, with no idea how long they will be there, and this number has been rising every year for several years.

However, Peter’s ordeal was far from over and his situation soon took a turn for the worse. After the Home Office made a request to the Nigerian High Commission to issue a travel document for Peter, they refused to accept him as a national. As Peter was born near the border of Nigeria with Cameroon, the HO approached the Cameroonian embassy next. However, Cameroon also refused to recognise him as a national, saying he was Nigerian.

When Peter was released, he refused to leave the detention centre because he had no place to go and without a solution to regularise his stay in the UK he still wanted to return to Nigeria. He was left on the streets with no support. He was then re-detained again for three months because the Home Office wanted to bring him to the Nigerian High Commission one more time, but again, he was not accepted as a national.

Peter’s is one of ten stories published by the European Network on Statelessness (ENS) as part of a new research paper Protecting stateless persons from arbitrary detention in the UK. The report warns that the failure of UK immigration authorities to deal with stateless individuals such as Peter often results in prolonged and pointless detention. It reveals that individuals without nationality are often detained for months and even years, without any real prospect of being removed or their lack of nationality resolved.

As you may suspect Peter’s case is not an isolated occurrence of what happens to stateless people in the UK. Most stateless people without legal status cannot leave the UK because no country will accept them, but without status they don’t have permission to work and remain vulnerable to destitution, exploitation and detention. It’s a paradoxical situation from which an individual cannot escape because of contradictory rules.

The fear of being detained and left in detention indefinitely while the UK authorities try to unsuccessfully remove the migrant from the UK is something that all individuals interviewed said remains a constant anxiety. The UK is alone among EU countries in operating a detention regime without a defined time limit. One research participant, Muhammed a stateless man from Western Sahara, spent a combined period of more than four years in detention. Despite all of this, stateless persons are seldom recognised as victims and are instead unfairly labelled as refusing to cooperate with the state.

Failure by the Home Office to put in place effective systems to identify stateless persons leaves some of the most vulnerable individuals exposed to repeated and lengthy detention. Imposing detention when it is already apparent that removal proceedings are likely to fail, violates domestic and international law. Stateless migrants in this country find themselves particularly vulnerable because there is no statutory time-limit on the length of their stay in immigration detention. Moreover, based on the interviews conducted for this report, it is obvious that administrative detention appears to have become punitive in nature, and is intended to act as a deterrent. 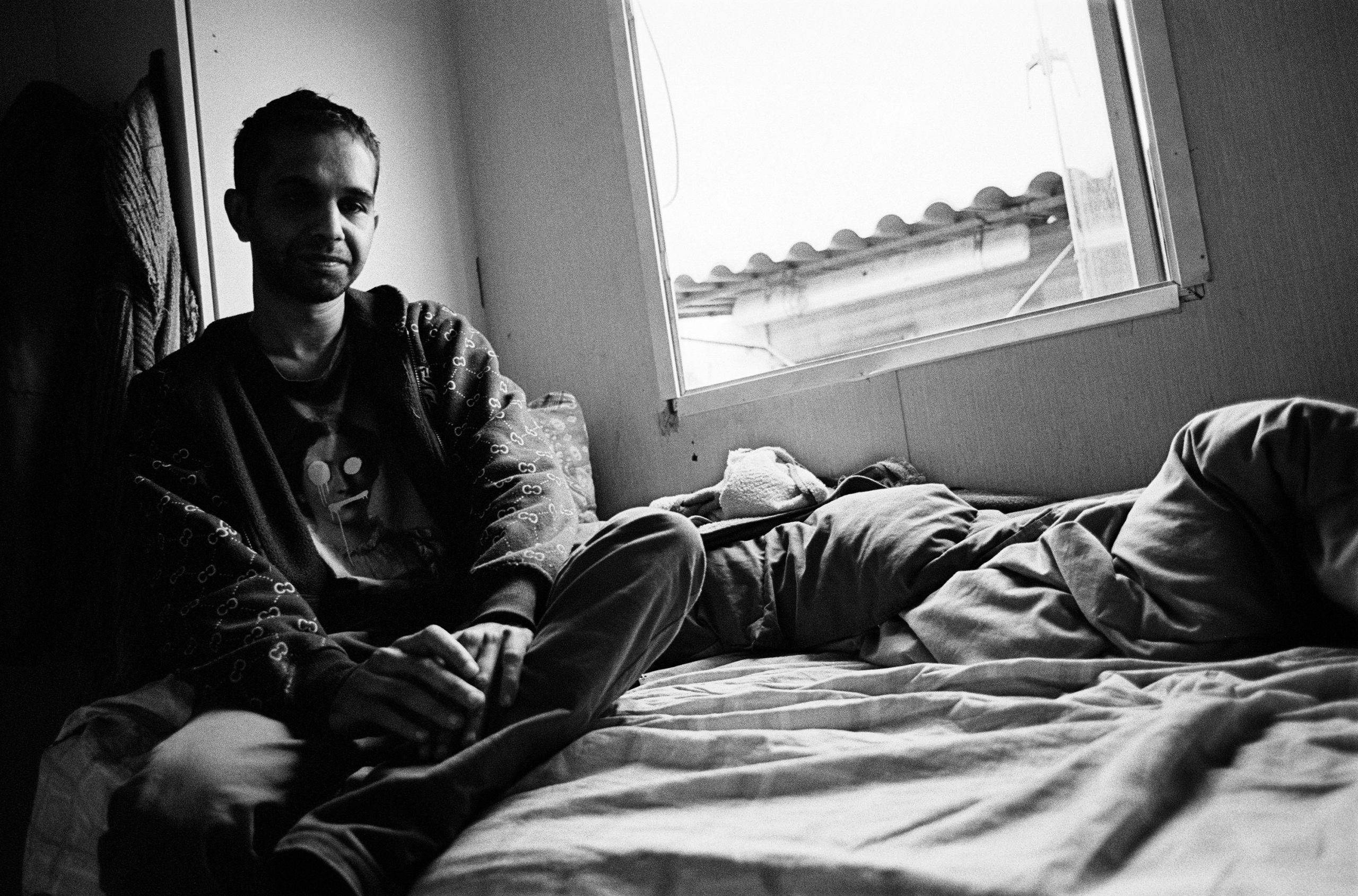 This 29-year-old was born in Rome. His family is originally from Montenegro. Although he lived in Italy his entire life, he has been unsuccessful in his attempts to acquire Italian citizenship.

Ending arbitrary detention
While the UK has a procedure in place to identify stateless persons and ensure they don’t discriminate against them, this report shows that there are considerable deficiencies that require immediate attention. Introduced in 2013, the statelessness determination procedure for individuals to regularise their status was welcomed among campaigners and human rights defenders. But now three years on, as shown in this report, it is becoming clear that there are considerable problems with how the procedure works in practice. As of April 2016, only 39 applications had been granted of the 754 decided applications (just over 5%) and another 838 are awaiting decision – with some applicants not having heard back on their claim for more than three years.

We are now calling on the Government to follow the clear recommendation from the report on how to eradicate current practices which can result in the arbitrary detention of those who lack a nationality. As this report points out, a number of issues must be addressed, including the stringent burden of proof on the applicant, the lengthy times to receive a decision (typically between one and two years), confusing and restrictive provisions regarding who is excluded from the definition of a stateless person and from leave to remain (international law provides a wider definition of stateless person than the UK Immigration Rules). Moreover, access to the statelessness determination procedures is too limited and there is no provision facilitating access to those in immigration detention and only very limited legal aid, something we know is crucial in ensuring a fair outcome of the procedure. Statelessness applications are usually complex, both factually and legally, and require specialist legal advice and representation. While exceptional case funding is available it is not an adequate alternative, because legal advisors must undertake a significant amount of work to apply for it, for which they receive only limited remuneration if successful, and many legal advisors cannot take the risk of doing work which may not be funded. In a recent briefing our member Asylum Aid has raised concerns that the absence of legal aid exacerbates the inherent difficulties of proving lack of nationality and makes the process of seeking to remain in the UK based on statelessness unfair.

Having made several meaningful reforms already, the UK should now improve the legal framework and decision-making process to protect stateless persons and guarantee a durable solution.

At the same time, we hope that the report will become a resource for those working in detention centres up and down the country, so that they can identify stateless individuals and help them fight the decision to detain and to apply for status using the statelessness determination procedure.

European Network on Statelessness is running a three-year project to map and research arbitrary detention of stateless persons in Europe, to create advocacy tools and to train lawyers and NGOs to protect stateless persons from arbitrary detention. More about the project is available on our website including a toolkit for practitioners and different ways to get involved in our work.

Our print magazine is Proof. Contributors include Michael Mansfield QC, Bob Woffinden, David Rose, Eric Allison and Ian Cobain.
Buy Proof Magazine
The latest issue (Why legal aid matters) includes Helena Kennedy QC and Martha Spurrier in conversation, David Conn on the legacy of Hillsborough - plus how to build your own law centre.
Jan is the head of communications for the European Network on Statelessness

One response to “Stateless, unreturnable and detained in the UK”