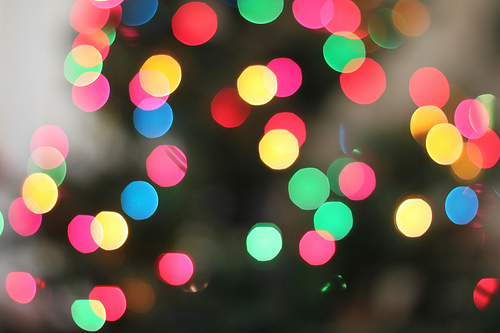 For the first time in years Sophie, her husband and three of their children will spend Christmas together, free from the oppression, violence and fear of violence that they lived with for so long. They fled to Britain from a central African country – the husband first, and then, years later when their visas allowed, Sophie and three of her children. They live in York. Pic: Xmas ree light, Flickr under creative comms licence, brendan-c

The British government and the Daily Mail claim Britain is a ‘soft touch’ for asylum-seekers. The Home Secretary Theresa May is seeking to create a“really hostile environment for illegal migration”. The Immigration Bill that resumes its progress through Parliament in January will create a very hostile environment indeed, and not just for people who are here illegally. The Immigration Law Practitioners Association and the Joint Council for the Welfare of Immigrants, along with the Residential Landlords Association, fear this bill will result in migrants in general being refused housing and health care.

For the past 11 years in York I’ve helped to run a drop-in centre for refugees, asylum seekers and migrants. We’re called Refugee Action York. I’ve come to know families who have settled in the UK for diverse reasons. In a world away from the tabloid headlines, life is hard for Sophie and her family.

“In my country I was something, I was someone,” Sophie tells me.  “Here I am nothing. No one.’ An experienced social worker in her own country, the only work she has managed to get here was as a temporary cleaner – cleaning students’ rooms over the summer. There is a chronic shortage of experienced social workers in the UK but Sophie’s qualifications are not recognised here and she has no money to re-train.

We urgently need language teachers in the UK. Sophie’s husband, formerly a head teacher, is fluent in European and African languages. He had heard of the Refugees into Teaching programme. Could it help him convert his teaching qualification into one recognised in the UK? He rang Leeds Met to ask if there was a course he could attend locally and was told the programme had been terminated.

He had a job as a care worker here for a while. Just a temporary job. The family faces Christmas with no work. “He fills in forms all day”, Sophie tells me. “He applies for all jobs. Many jobs. That is what we need just a job… and…”  She trails off.

Sophie thinks constantly of her eldest son. Left behind in their volatile country, she fears he will be called to fight. She struggles to find the words to describe how young men are used as cannon fodder. “They die young – many of them,” she says. If he were aged 18 or under, then he could have got a visa to come to join the rest of his family.

She may never see him again. A heavy, silent pain fills the room. At Refugee Action York, one overworked staff member and volunteers are working to make sure that lots of local families, including Sophie’s younger children get presents this year and perhaps a small Christmas tree.

If you met Annie at our Sunday drop-in, where people learn English, enjoy football and drama, share food, you might think she was a volunteer, helping out for her Duke of Edinburgh Award like my daughter and her friends. Annie arrived in the UK five years ago with her mother and two brothers. They came from the Indian subcontinent to join her father, who was working here legally.

Annie speaks impeccable English. She wants to be a GP – her grades are amazing. She has a real chance.

Instead, it seems likely that Annie, her recently widowed mum and two brothers will be returned to a country where women and girls are not allowed out of the house without a male escort.

I researched her chances of becoming a doctor if she were returned to her country of origin. Girls from her village don’t go to school over the age of 13. It is unlikely to be in her best interests to return to a country she does not like to talk of, one where she’ll get no education. Our law says that the best interests of the child can be set aside in the interests of immigration control.

Britain needs doctors. Annie needs Britain if she is to complete her education. No matter.

Flora and Mustafa’s mum has a job – she cleans and is proud of it. But her children will be among the 20,000 children who will be eating from food banks this Christmas. The family has no money for gifts (nor for school uniform, winter coats or warm shoes). They are on our Christmas gift list too.

Our print magazine is Proof. Contributors include Michael Mansfield QC, Bob Woffinden, David Rose, Eric Allison and Ian Cobain.
Buy Proof Magazine
The latest issue (Why legal aid matters) includes Helena Kennedy QC and Martha Spurrier in conversation, David Conn on the legacy of Hillsborough - plus how to build your own law centre.
Esmé is co-founder of Refugee Action York