Susan (not her real name) is one of my clients. The Home Office let her stay in the UK because she has a British daughter. She is a single mother. She works as much as she can on a zero hours contract with a very low income. But because the Home Office imposed a ‘no recourse to public funds’ condition on her visa, she cannot claim government support or benefits to help her.

She pays someone she knows to let her live in a room. She and her daughter live in this room together. There is damp and mould on the walls. Her daughter sleeps, eats, plays and does her homework in the same room. They have tried to move elsewhere but no-one wants to rent a room to them.

Their story is not unusual. And it seems set to become even more common.

Panic!
It seems to be a result of panic. The government introduced a pilot programme in the West Midlands to see how making landlords carry out immigration checks would work in practice. The official evaluation report has not yet been produced. So the government has gone to the trouble of gathering evidence for this policy, but then not waited to consider the results before deciding to go ahead with the policy.

Why have they done this? Immigration is in the headlines. Recently, we have heard about ‘swarms’ of migrants in Calais trying to come to the UK. We have also heard about ‘marauding’ migrants threatening our standard of living. Not to mention the British tourists whose holidays have been disturbed by the migrants, whether on the motorway in the UK or on the beach in Europe.

And of course it’s the summer holiday, ministers and officials aren’t at their desks. How to stop the negative publicity?

But the government’s plan is not a very good response to the problems in Calais. Many of the migrants there are from countries like Afghanistan, Eritrea and Somalia. These are all very dangerous countries.

If they arrive in the UK, it is likely that they will have good claims for asylum. Many of them will obtain refugee status. So they will have the right to reside and to rent private property. So to the extent that the government’s plan is aimed at the migrants in Calais, in many cases it will have no effect on them at all.

If they do, there will often be a long legal challenge against this. The migrants will have to live somewhere during this process. It will often take too long to justify keeping them in a detention centre.

The legal challenge may be successful. The courts have already ruled that removals to Greece are unlawful. There are numerous challenges to removals to other countries such as Italy, Hungary, Bulgaria and France.

Regardless of any of this, if the government is to be able to remove migrants to other EU countries, the UK will have to be in the EU. If it leaves, which is not unlikely, in principle it will have to consider the asylum claims of all the migrants that arrive. 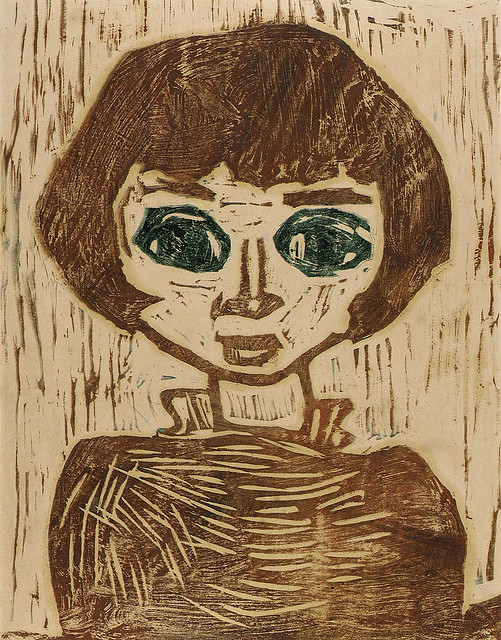 Cheap labour
Is the government’s plan workable? Probably not.

Lawyers often say immigration status is complicated. For example, a migrant’s ID card may show that their visa expiry date is in the past. But if they submitted an application to the Home Office before that and there is no final decision on the application, they will still have the right to reside in the UK. This could go on for years while the Home Office and the courts consider their case.

Many migrants in this situation already have problems finding work. Employers often think it is too much trouble for them. It is not hard to see that landlords and estate agents may take the same approach.

The Home Office say that they will tell landlords if the migrant has the right to reside. With the greatest of respect, it is hard to imagine them regularly getting this right. After all, through Capita, they have repeatedly contacted British citizens to tell them that they have no right to reside in the UK and should leave.

Given how complicated immigration law is, landlords will often be worried about making a mistake and then being fined or imprisoned.

Many will think: better to err on the safe side, and refuse anyone with unclear immigration status or indeed anyone from abroad at all.

Apparently, in the West Midlands pilot, even British citizens without passports were refused tenancies. Some of those people may find accommodation elsewhere. But it will often be worse accommodation provided by unscrupulous landlords.

I know an Indian man who came to Britain in the 1960s. Back then, he used to charge other Asian migrants to sleep in the corridors of his property.

He told me he had to do this. British people often refused to let Asians stay in their properties. Sometimes they put up signs saying ‘no Blacks, no dogs, no Irish’.  Asian people came to him as they needed somewhere to sleep.

You might not accept his self-justification. But like yesterday’s overt racism, today’s more subtle racism will push migrants to sub-standard accommodation.

If a landlord does evict a migrant from their property, the government will often simply have to accommodate them elsewhere. It seems that the government plans to increase public spending on housing for migrants at a time when they are apparently trying to cut public spending as much as possible. This is surprising, to put it mildly.

They may say that they will detain and remove migrants without permission to be here who are evicted. But many will claim asylum. The government has recently suspended its entire scheme for detaining asylum seekers because of major problems with that system. So the government will have to give accommodation to many of these migrants.

Some evicted migrants will not come to the government’s attention. Indeed, the likelihood of this happening shows a glaring problem with the government’s plan. They will identify a migrant without the right to reside only to then leave them to disappear, rather than removing them from the UK. As some have already said, it is difficult to see how this can be a part of a coherent policy of immigration control.

In some ways, this is the situation we already have in the UK – particularly for non-white migrants. We apparently let them come so that we can use them, but would rather pretend they were not there.

Clearly the people running the café wanted cheap labour in the kitchen. But they guessed their (almost all white) customers did not want to see black faces. They would rather they would just disappear.

From immigration control to migrant exploitation

The government’s plan seems to have the intention or effect of continuing this move from immigration control to migrant exploitation.

The evicted migrants will often slip away to other, often worse, accommodation. They will continue in their jobs, often paid less than the minimum wage and treated badly by their employers. The government plans to start seizing their money soon as the proceeds of crime.

Yet the cumulative effect of these government policies, that I have called ‘immigration interference’, is precisely that it is the very self of the migrant that is punished.

Migrants in this situation will be deprived of rights at home, at work, at the bank, at the hospital, at college. They will see all of society against them. They will be surrounded by ‘everyday borders’.

They will be punished at every waking moment – with every breath. Their punishment will be slow and enduring. They will watch the damp spread across their room. They will develop health problems as a result. They will not be able to obtain medical help. They will not have enough energy to work.

With heavy cuts to legal aid, they will not even be able to find a lawyer to help them. They will not go to the police for fear of removal. They will be unable to challenge ill-treatment.

They will to a great extent be outside the law. They will indeed be ‘illegals’. They will themselves be illegal. So we will soon have the dystopian situation that our language has long implied.

Some people may say this is simply the result of a successful policy. That this will deter other migrants from staying in the UK without permission.

However, the point is precisely that this does not seem part of a system of immigration control, but migrant exploitation. The aim, it seems, is not to remove from the UK migrants without permission to be here.

Instead, the government seems happy to leave large numbers of such people in the UK to do often crucial jobs – perhaps as builders, or nannies or cleaners.

The government knows that they will keep coming due to their economic circumstances and that they will be able to do little or nothing to challenge their ill treatment.

The government may point out that they plan to punish landlords who rent property to migrants without immigration permission to be here. That they will do this precisely to stop exploitation.

Of course, we will have to wait and see. But similar powers already exist to punish employers. The government has recently announced that it will use these powers later this year.

But there seems little reason to believe them now when they have used these powers so rarely in the past. And by giving notice now, they are letting employers fire people before any government checks begin. Once the checks are over, they can go back to hiring whoever they like.

So just as these powers are often used against employees, not employers, it seems likely that the new powers will be used against tenants, not landlords. Against the weak, not the strong. This is normally called bullying.

So across the board, from migrants without permission to be here, to migrants with permission and even to some British citizens, it seems likely that the government’s plan will make it harder for people to have a place to call home.

What will be the result? One day when she grows up, Susan’s daughter may tell us all.

Usman is a lawyer living in London. He set up and runs Ansar, a law firm that helps migrants in London

Our print magazine is Proof. Contributors include Michael Mansfield QC, Bob Woffinden, David Rose, Eric Allison and Ian Cobain.
Buy Proof Magazine
The latest issue (Why legal aid matters) includes Helena Kennedy QC and Martha Spurrier in conversation, David Conn on the legacy of Hillsborough - plus how to build your own law centre.
Usman is a lawyer living in London. He set up and runs Ansar, a law firm that helps migrants in London