Six out out of 10 women in prison are victims of domestic abuse, says new report

Six out out of 10 women in prison are victims of domestic abuse, says new report 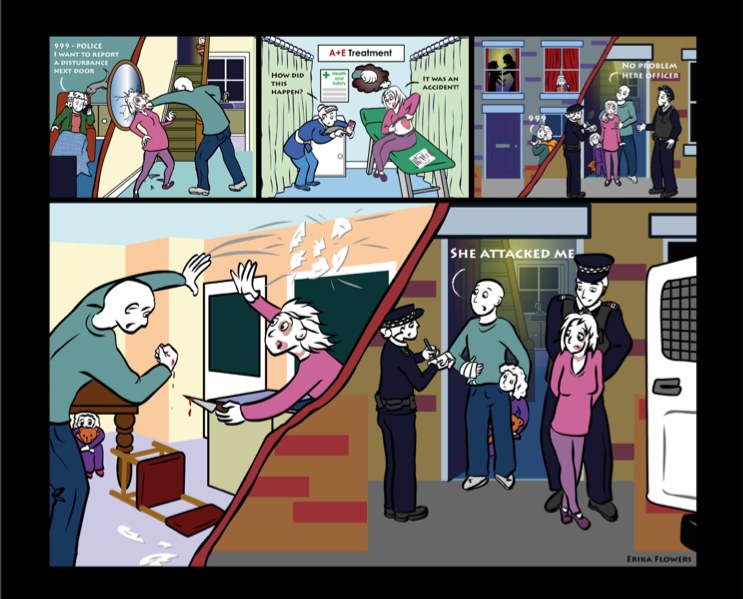 CWJ is calling for new provisions to be added to the Domestic Abuse Bill to address ‘gaps in the law’: an amendment to the law on self-defence to allow survivors acting in self-defence against their abuser ‘the same protection as householders’; and a statutory defence for survivors, modelled on the Modern Slavery Act 2015, to give survivors similar protection to trafficking victims who are compelled to offend. These proposals are backed by groups including the Domestic Abuse Commissioner, the Victims’ Commissioner, the Criminal Bar Association, Women’s Aid, and the Prison Reform Trust. The group calls this ‘a first step towards legislative reform’. ‘Reforms have been adopted in other jurisdictions to make self-defence more accessible to victims of domestic abuse acting in self-defence against their abuser; these could be considered as alternatives for reforming self-defence in England and Wales,’ it says. CWJ is also calling for a way to expunge criminal records in relation to offences that arise from coercion, abuse and exploitation.

The report’s author, Katy Swaine Williams, argues that research shows that women and girls’ ‘alleged offending’ is ‘frequently directly linked to their own experience’ as victims of domestic abuse, violence and exploitation. ‘This can occur where victims use force against their abuser in self-defence, where they are coerced by their abuser into offending, or where they offend under duress of circumstance,’ she continues. ‘Allegations against victims are sometimes deliberately used as a tactic by perpetrators to extend their control. In this way, the criminal justice system can be led to collude in the abuse.’

Williams goes on to argue that legislative reforms have been introduced to provide effective defences for other groups of victims – for example, trafficking victims and householders facing an intruder – no protections have been introduced for women and girls whose alleged offence takes place in the context of domestic abuse. She continues: ’Barriers in law and practice prevent proper account being taken of contextual abuse, resulting in wasteful use of public resources, failures to protect victims, and profound injustice for women and girls who have often been failed multiple times by the same system which should be there to protect them from harm.’ This failure to implement such protections, it is argued, ‘creates a double standard’.

The support group Muslim Hands interviewed 60 Muslim women in prison and found that 79% of women reported experiencing domestic abuse and abusive and controlling experiences were linked to the offence in some cases.

The study features examples from CWJ’s casework – for example, ‘Edie’ who worked for a local authority and was sexually assaulted by a colleague during a social event. She reported this to her employer, an investigation took place and the colleague was dismissed. According to the report: ’A few months later she reported the rape to the police. She was called in for a meeting at which the police effectively threatened Edie with arrest for making a false allegation, saying, “You don’t have a criminal record and we’d like to keep it that way”. Frightened by this, Edie withdrew her allegations and the case was closed.’

‘Margaret’ was arrested several times as a result of the actions of her police officer husband. She had received a number of convictions and a caution. ‘One day during an argument she called 999. Police officers attended and allowed her husband to leave with their baby daughter. Shortly after this Margaret was served with a Non-Molestation Order that her husband had obtained on false allegations that she had been violent to him. She sent him a text message begging to see her daughter. She was arrested for this and given a caution for breaching the order. She was subsequently charged and convicted of three counts of assault on the basis of her husband’s false claim that she had slapped and kicked him. During the trial it was her word against his; he said in court that he was a police officer and could not lie or he would lose his job. She was also found guilty of four breaches of the order for sending pleading messages about the baby. She was sentenced to 18 months’ probation.’